The Duchess of Sussex joined Prince Harry and Queen Elizabeth at Young Leaders awards bash in the palace ballroom. 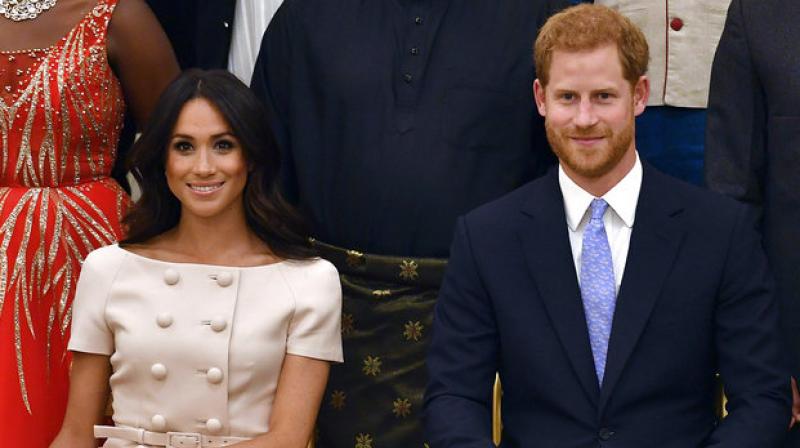 Markle and Prince Harry were accompanying Queen at annual ceremony which champions inspirational young people from across Commonwealth. (Photo: AP)

Meghan Markle showed off her fabulous new curls as she joined Prince Harry and the Queen at a star-studded event at Buckingham Palace.

Her new do, unveiled at the Young Leaders awards bash in the palace ballroom, is already drawing comparisons to her stylish sister-in-law Kate Middleton.

Markle and Prince Harry were accompanying Her Royal Highness at the annual ceremony which champions inspirational young people from across the Commonwealth.

This year's honourees are being praised for helping improve the lives of those suffering from problems including poverty, gender equality and climate change.

However, it was Markle who stole the show, as usual, in an elegant powder pink dress and new curly hair.

It was the second time she has teamed up with the Queen, having accompanied her to a children's musical performance in Cheshire earlier this month.

It took the Duchess of Cambridge ten months after her marriage to Prince William to attend a similar event.