David Saharia, model and fitness enthusiast from Mangaldoi, Assam, has created a stir due to his uncanny resemblance to actor Tiger Shroff. 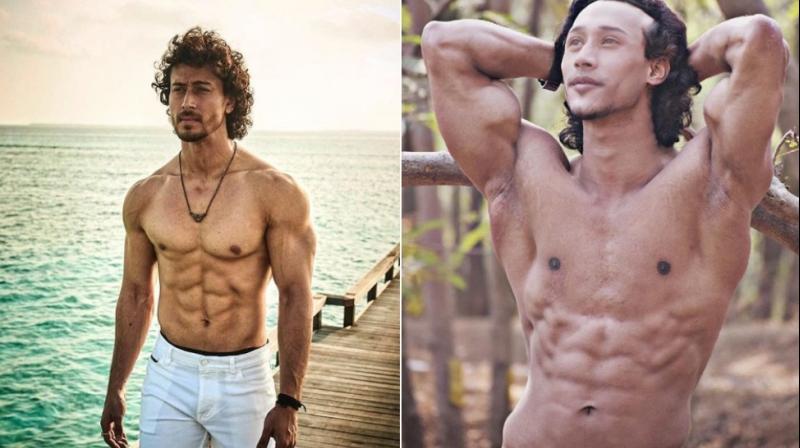 The 22-year-old's posts on Instagram are flooded with comments mentioning the similarity between the two. (Instagram Screengrab/ tigerjackieshroff Verified/ davidmessi_official)

Have you ever heard of doppelgangers? It is believed that everyone has seven look-alikes spread out across the world.

Meet David Saharia, a model and fitness enthusiast from Mangaldoi, Assam, he has managed to create something of a stir online thanks to his uncanny resemblance to the Student of the Year 2 actor Tiger Shroff.

The 22-year-old's posts on Instagram are flooded with comments mentioning the similarity between the two.

Saharia’s face, hairstyle and body has uncanny resemblance to Tiger from when he was launched and his first few films. The Baaghi actor, himself, however, now sports a short hair.

After coming across Renee Kujur, Rihanna's lookalike from Chattisgarh, the internet has now found Tiger Shroff's doppelganger, David Saharia who is a successful model and actor in Assam.

Saharia is not unaware of the comments comparing him to junior Shroff and speaking to NDTV he revealed that he is not even close to the star and they have different personalities.

“I am big fan of him, his dance moves and his styles. But most of all, I like his fitness as I am a fitness enthusiast too," he added.

David started his journey with fitness in 2009 and is currently working in the Assamese film industry.

His resemblance to Tiger Shroff has prompted many to tag the actor on his posts as well.