The minister for international development had been conferred the honour by President Pranab Mukherjee in January. 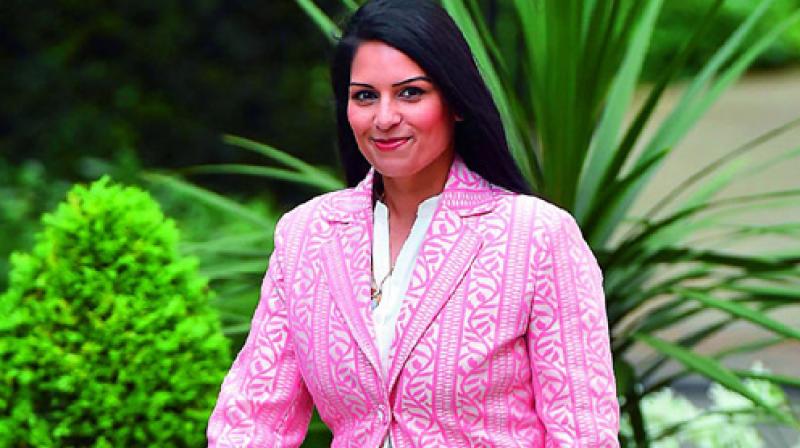 London: Priti Patel, Britain's senior-most Indian-origin minister, has vowed to champion the interests of the Indian Diaspora and work for strengthening the Indo-UK ties as she received her 'Pravasi Bharatiya Samman' at a ceremony here.

The minister for international development had been conferred the honour by President Pranab Mukherjee in January. The award is the highest honour conferred on overseas Indians and Patel has been awarded for her "exceptional contribution to national and international politics, her role in strengthening UK-India relations, and for supporting the Indian Diaspora in the UK".

"It is a tremendous honour and privilege to be given the Pravasi Bharatiya Samman award. This is one of the highest honours a member of the Indian Diaspora can receive and I am humbled and grateful to have been given this award," Patel said while receiving the award from Indian High Commissioner to the UK Y K Sinha at the Indian High Commission here.

"I have had the pleasure of working closely with so many members of the diaspora here in the UK and with the Indian government over a number of years. The relationship between our two great countries is getting stronger by the day as we trade more and share more cultural ties," the 44-year-old Conservative leader said.

"The Indian Diaspora in the UK are fantastic at keeping this relationship strong and work hard every day to support the UK and India reach our potential," she noted.

Patel expressed her "personal gratitude" to External Affairs Minister Sushma Swaraj, describing her as a "remarkable lady" who is very supportive of the Diaspora.

"This great award serves as an inspiration to me to carry on standing up and championing the interests of the Diaspora and working to strengthen the UK's relationship with India," said Patel, who also credited former British Prime Minister David Cameron for appointing her as the first-ever Indian Diaspora Champion in the previous UK Cabinet.

The Indian high commissioner described the Conservative party MP as an "important friend" of India. "We are very proud that someone of Indian-origin has achieved the eminence that she has in the UK," Sinha said.