The melt-resistant recipe is made using fibres from banana skins. 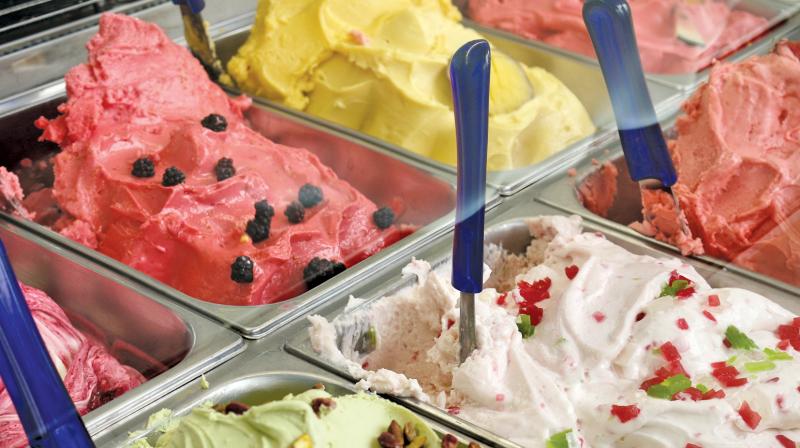 These natural fibres are thousands of times thinner than the width of human hair.

According to a bizarre new claim, scientists have come up with a cool solution to stop ice cream from melting, and it comes from a very unusual source.

Old banana skins have tiny fibres, known as cellulose, that can be added to ice cream to make it creamier, tastier and longer lasting, say experts.

These natural fibres are thousands of times thinner than the width of human hair.

According to scientists, they not only make the final product taste better but also help get rid of unwanted fats, in the process, making it healthier as well.

The discovery was announced at the 255th National Meeting and Exposition of the American Chemical Society (ACS) in New Orleans.

A team of researchers from the University of Guelph in Canada found that adding the tiny fibres can extend shelf-life and even get rid of unwanted fats.

He added, "In particular, the fibres could lead to the development of a thicker and more palatable dessert, which would take longer to melt. As a result, this would allow for a more relaxing and enjoyable experience with the food, especially in warm weather."

Researchers from the Canadian university mixed the CNFs into ice cream at varying concentrations, ranging from zero up to three-tenths of a gram per 100 grams of the dessert.

Using a variety of analytical tools the food scientists then evaluated how effective the banana extract was at preserving the shape of ice cream over time.

Moving forward, the researchers plan to explore how different types of fat, such as coconut oil and milk fat, affect the behaviour of CNFs in other frozen foods.