Newsmakers   28 Mar 2019  RRR: SS Rajamouli to showcase true glory of freedom fighters in his next
Newsmakers

RRR: SS Rajamouli to showcase true glory of freedom fighters in his next

Starring Ram Charan and Jr NTR in lead roles, RRR will have Alia Bhatt as female lead and Ajay Devgn in a significant role. 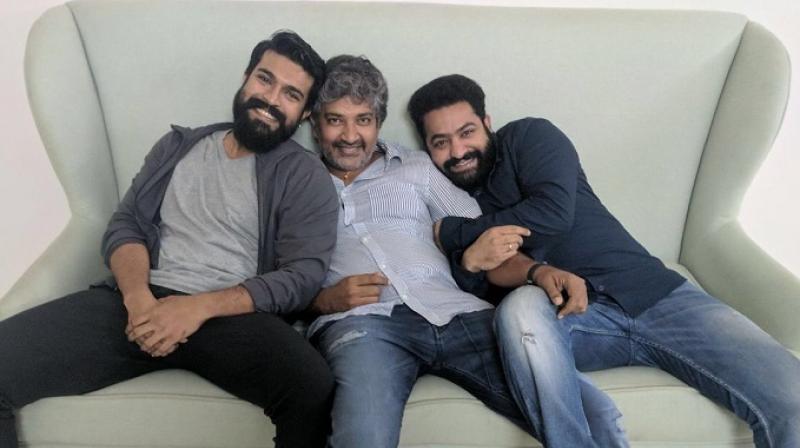 Mumbai: SS Rajamouli, one of the most esteemed Indian filmmakers is known for making larger than life films with valiant lead characters. With the highest Indian grosser of all time 'Baahubali: The Conclusion' to his credit, the filmmaker is all set to bring the fictional tale of two legendary Indian freedom fighters Alluri Sitarama Raju and Komaram Bheem to the screen.

The ace filmmaker believes that Indian films about freedom fighters until today have showcased the dire of their lives while they fight against the enslavement. Taking a new direction, Rajamouli wishes to depict the heroes in a monumental way against the typical rebellion and struggling phase. "I want to paint the entire canvas with a new brush altogether so that the universe I create contains valour, energy, and grit", he said.

Bringing to screen the lives of real-life freedom fighters Alluri Sitarama Raju and Komaram Bheem back in the 1920s, the film is set in Delhi and has completed the first two schedules. While the film is based on real characters, SS Rajamouli aims to create a narrative based on the imagination before they started their endeavour seeking independence. He has done a tedious amount of research in order to draft the characters and their setting.

Starring Jr NTR and Ram Charan in leading roles, RRR brings to screen the fresh chemistry of Ram Charan and Alia; as she plays Sita. While Ajay Devgn plays a significant role, Daisy Edgar Jones, the young British actress will also be seen making her Indian Film debut with the film paired with Jr NTR.

Mounted on a huge scale of 350-400 crores, RRR will showcase the grandeur and elaborate set up like Baahubali. Produced by DVV Danayya under DVV Entertainment and directed by SS Rajamouli, RRR will release worldwide on July 30, 2020, in ten Indian languages simultaneously.