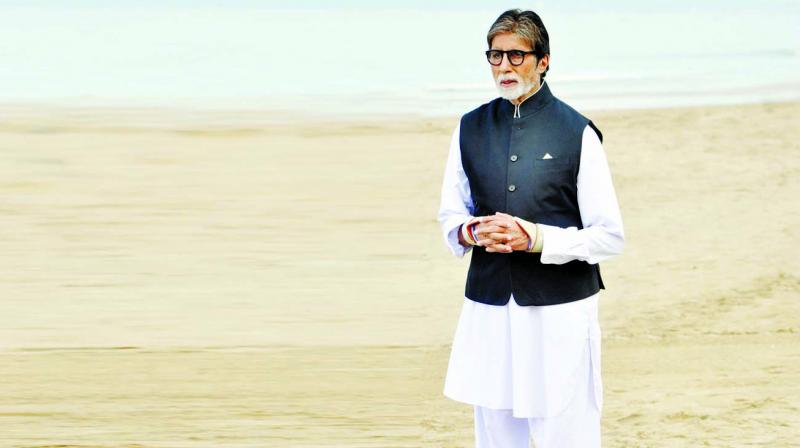 You may think Amitabh Bachchan and Anand Mahindra have little in common, but their recent activity on Twitter suggests both are victims and proliferators of fake news. While the veteran actor attracted flak when he suggested that sound vibes produced by blowing a conch could ward off the COVID-19 contagion, the billionaire industrialist tweeted that face-masks made of leaves can produce the same effect.

Their intention was perhaps to publicise some novel information, but the information itself was far from accurate, and it led to someone starting an online petition to keep them off WhatsApp.

The petition, which has over 1,300 signatures till date, reads, “A megastar and a renowned industrialist are falling prey to fake news & bizarre content being fed to them via WhatsApp. We need to restore the dignity of two gentlemen. Through this petition we are requesting Mark Zuckerberg to disable WhatsApp on their numbers (sic).”

Amid the COVID-19 pandemic, fake news is being peddled on social media. From bizarre cures to videos blaming specific communities spreading the virus, fake news is quite a pandemic itself.

According to Nirali Bhatia, a cyber-psychologist, the uncertainty of the times we live in is causing people to look for hope in fake news. “People are desperate to find solutions because their life has come to a standstill. People are anxious and panicky. Fake news can be the last straw to clutch at,” she says.

Even though it may be contested that the two billionaire gentlemen named above passed along fake news to calm their anxious nerves, it's a fact that their celebrity status can vastly multiply the damage.

“We are a country that idolises celebrities. They have a social responsibility. If they put something out there on social media, people will believe them, thinking it must be tried and tested,” Nirali Bhatia says.

Realising his mistake, Mahindra did delete his tweet. However, according to social media strategist Anoop Mishra, a deleted tweet does not mean that the fake news will stop spreading.

“Even if you delete it from your social media account, people may have already retweeted it or they post screenshots of the tweet. The fake news is not going to get deleted from the followers’ accounts and the spread will continue. So, a celebrity needs to be very careful before putting out anything on social media. They have to cross-check the facts and figures because they will be accountable for them,” he says.

Even though social media websites have begun taking cognisance of how their platforms are aiding the spread of misinformation, their content filtering mechanisms are not quite effective.

“Social media tools basically work on the content filtration format. It's not a manual process, it works through an AI system, and that system is not as robust as humans. It’s not possible for AI to check whether the content is right or wrong,” says Anoop Mishra. So, the onus of curbing fake news falls on the social media user.

According to Saurabh Shukla, founder and editor-in-chief of News Mobile, a fact-checking website, the Covid-19 pandemic is a good time for social media platforms to proactively curb fake news on a war-footing.

One of the most efficient ways to do so is by collaborating with fact-checking specialists. “Recently, Mark Zuckerberg released figures showing that since Facebook started working with third-party fact-checking organisations, almost 90 per cent of the posts that have been reported false have been stopped. At a time when people are relying on these social media platforms, it’s the responsibility of such platforms to stay true to facts,” he concludes.