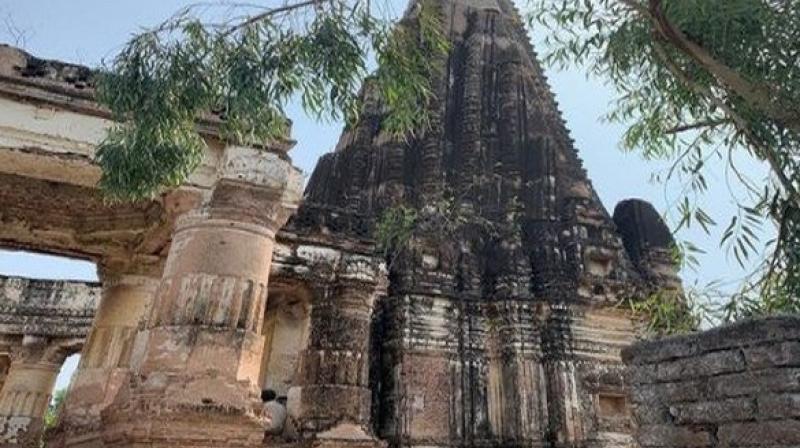 The Hindu stopped visiting the temple after a mob damaged it in 1992. (Photo: ANI)

Sialkot: A 1,000-year old Hindu temple located in Pakistan's Sialkot, which was sealed for the last 72 years, has been re-opened for people.

Shawala Teja Singh Temple built by Sardar Teja Singh was closed during partition. The Hindu stopped visiting the temple after a mob damaged it in 1992 while protesting against the demolition of Babri Mosque in India.

The Samaa news reported that the step was taken on the direction of Prime Minister Imran Khan.

"People are free to visit anytime," said Deputy Commissioner Bilal Haider.
The government also said that the work to preserve and restore the temple will start soon.