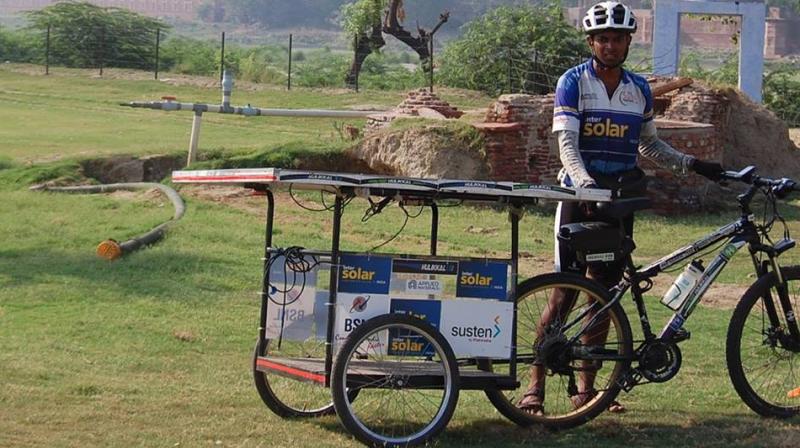 For some, getting the satisfaction of doing something good for society is everything but getting rewarded comes with the heroic acts. There are many youth today taking up social causes on the smaller scale and the bigger scale depending on the activity and Sushil Reddy is one such individual with his most recent world record act.

Reddy travelled through nine states on his cycle to highlight the importance of solar power. The IIT alumnus attached a solar panel to his electrical bicycle along with three other people – Krunal Tailor, Rajendra Bhaskar and Himanshu Singh. Enroute, he highlighted the importance of solar power via seminars in schools, colleges and universities while carrying out discussions with locals.

Little did he know that he would also set a Guinness World Record for the longest journey on a motorized bicycle while travelling 7,423.88 km. Sushil has also published an e-book called The Sun Pedal Ride that talks about his journey that will go to an NGO called Hockey Village India, which provides solar power to a village school in Rajasthan.