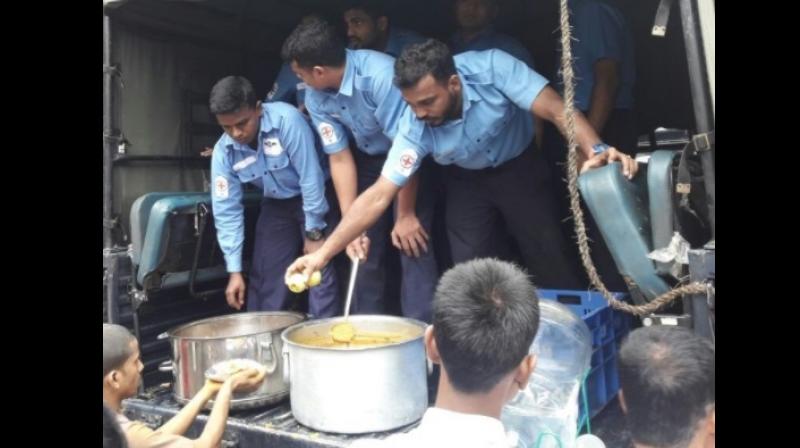 Mumbai: The Navy has opened community kitchens and food counters at various locations in the megapolis to provide relief to commuters stranded in torrential rainfall.

The Western Naval Command has made arrangements to provide shelter to Mumbaikars who were left stranded after heavy rains lashed the metropolis yesterday.

"WNC has made arrangements to provide shelter to stranded Mumbaikars at Colaba, Worli and Ghatkopar," the spokesperson said.

Naval helicopters have been kept on standby to meet any eventuality after heavy rains battered Mumbai and its adjoining areas, the Navy said. Flood rescue teams and divers are also ready for deployment.

The metropolis received torrential rains the entire day yesterday and the India Meteorological Department (IMD) has warned of heavy showers today as well.