Ahead of the ICC 2019 Cricket World Cup, the players have asked the BCCI if WAGs can accompany them for the entire tournament. 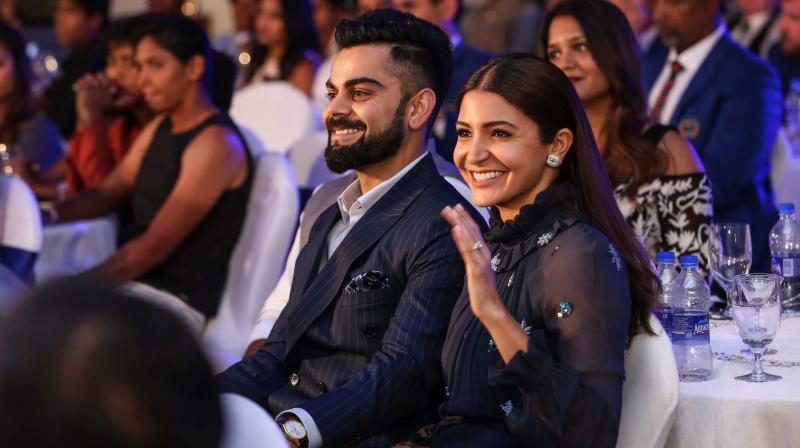 The CoA was startled after the players requested for train travel during the showpiece event in England next year, given the security concerns. (Photo: PTI)

Mumbai: After it was reported that the Indian cricket team was granted permission by the Board of Control for Cricket in India (BCCI) to get their wives and girlfriends (WAGs) along on overseas tours given that they join the team 10 days after the commencement of the series, Virat Kohli and co have put forward some more requests.

Ahead of the ICC 2019 World Cup, the players have asked if WAGs can accompany them for the entire tournament slated to be held in the United Kingdom next year from May 30 to July 15, according to a report by The Indian Express.

They have also asked the national cricket board to arrange a commute via train rather than bus between venue cities along with a bizarre request of making bananas available to eat. All these requests were made in the England tour team review meeting held with the Committee of Administrators (CoA) in Hyderabad on September 11.

“Apparently, the England cricket board failed to serve the Indian team with the fruit of their choice during the tour. But the CoA was amused by the request and said that the players should have told the team manager to buy bananas on the BCCI’s expenses. There were other demands about booking hotels with a proper gym and discussions about the duration and protocol regarding wives accompanying players on tours,” a close source revealed.

The CoA was startled after the players requested for train travel during the showpiece event in England next year, given the security concerns. Earlier the Supreme Court-appointed committee had made a decision that a private vehicle would be arranged for WAGs who weren’t allowed to travel in the team bus.

But the players argued that rail travel would be convenient since it saves time and is more comfortable.

“There have been instances in past where a few players have driven with their wives separately. The board wants to stop that practice as it affects team bonding. The CoA was initially not willing to agree because it was worried about security.

"But it was informed by Kohli that the England team travelled by train… The team wants a coach to be blocked and booked. The CoA was worried about travelling Indian fans mobbing the train. Eventually, the committee agreed under the condition that the CoA or BCCI won’t be held responsible if anything untoward happens,” sources added.

Earlier, WAGs were allowed to accompany the players only for a period of two weeks on overseas tours but in the review meeting, India skipper Kohli asked the CoA to ease the rules. However, the Vinod Rai-led committee said that it would seek the written consent of members of the team individually before taking a call, the report further stated.