Bose was a multi-talented scientists known for his contribution in fields of physics, biology and archaeology. 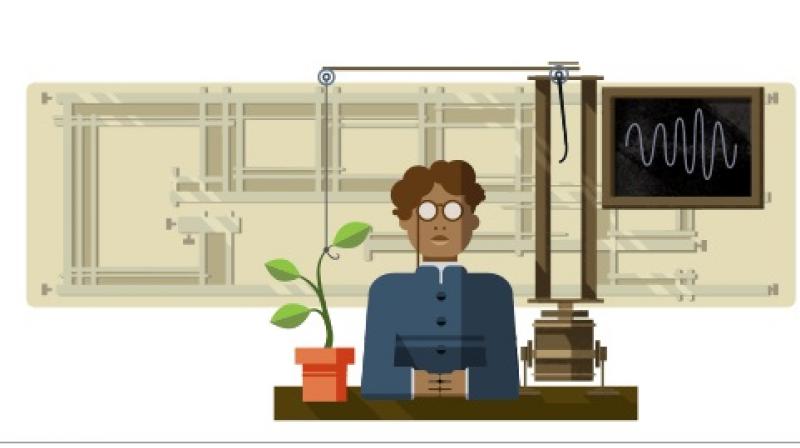 He has a crater on the moon named after him (Photo: PTI)

Doodles on Google for paying homage to prominent personalities or celebrating memorable events have become a tradition, and today's doodle was a tribute to noted Indian scientist Jagdish Chandra Bose on the occasion of his 158th birthday.

Born on 30th November 1858, in Mymensingh in present day Bangladesh, Bose was a multi-talented legend and contributed to varying fields including physics, biology and archaeology, while he was a pioneer in the field of telecommunications, globally.

But his most noted invention was the crescograph which measures growth in plants and effect of environment on vegetation, leading scientists to understand more effective cultivation of crops. The doodle shows him in a lab with the instrument placed by his side.

Bose studied physics at Calcutta University, following which he attended Cambridge University, where he got his BSc degree. He also faced racism because he was denied entry to laboratories because of his race.

He was named father of radio science by Institute of Electrical and Electronic Engineers, for his contribution to microwave and radio sciences, and is also called the father of Bengali science fiction, since he was the first to write it.

Jagdish Chandra Bose also has a crater named after him on the far side of the moon called Bose Crater, which is located close to Crater Bhabha with a diameter of 91 km.