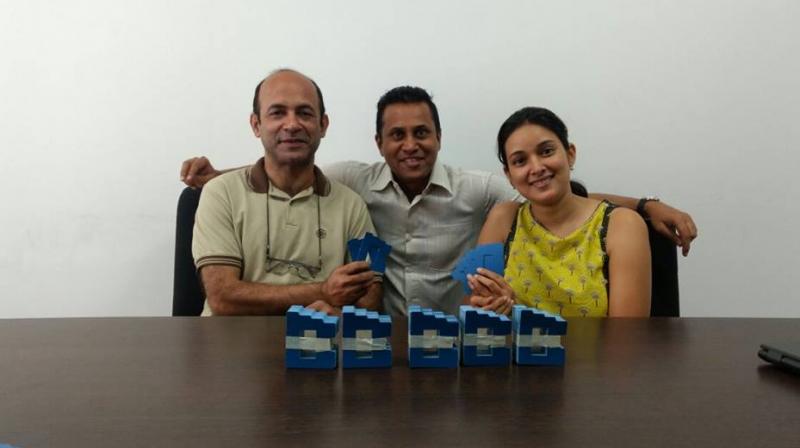 Bengaluru: It was a request from a visually-impaired friend that prompted city-based Paul D'Souza to invents a device that could tell fake currency from real.

Dedicating the device to his friend, Tiffany Brar, Mr D'Souza named it TIFFY Template. “Tiffany Brar, who is a very close friend, asked me to make something for currency markings as it was extremely difficult to identify a real note from a fake note, by touch," says D'Souza, who has been developing products for the visually impaired for many years now.

"As the welfare of the visually impaired is very close to my heart, I dedicated my time to make this device," he says. He designed a sleek product made of plastic - the same used in credit cards - in 2013.

"Then, I used to make it in small batches and give them to the visually impaired. At that time, even the Rs 100 note did not have tactile marking. I gave it to Tiffany and her friends, and asked them to share it," he says.

In 2016, the idea caught the attention of a crowd funding platform, Fuel A Dream, which helped him go large scale. "His idea came under the category of both passion and compassion and caught our attention. We decided to help him expand with the help of crowd funding. Initially, it was a metal design but now it is made of plastic. The device takes just 45 seconds to identify a fake note," says Ranganath Thota, founder of Fuel A Dream.

Since September 2016, D'Souza has dispatched 25,000 Tiffany Templates to different parts of the country. "It costs Rs 2 including dispatch and we send it absolutely free to people who need it. All we need is a letter of request," he says.