'Triplicate,' which comes out Friday, is also the first three-disc original album by the rock legend. 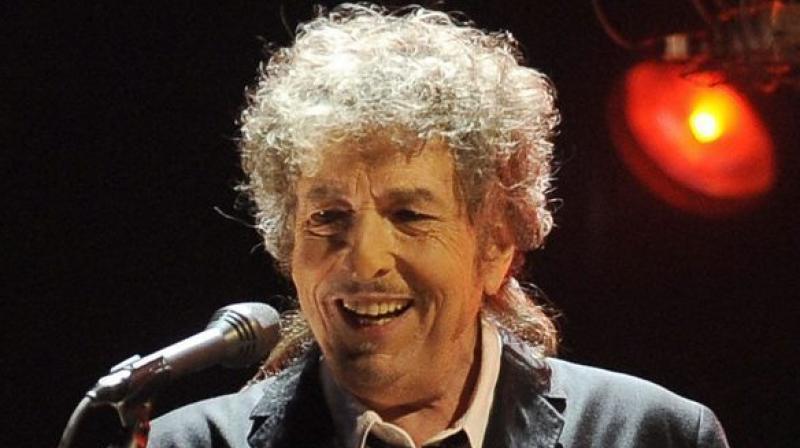 New York: The first works by Nobel laureates following the prize inevitably draw extra attention. For Bob Dylan, his release is as unorthodox as his selection for literature's top award.

On the heels of the Nobel committee's decision to honor him as the original poet of rock, Dylan is putting out his third straight album not of his own songwriting but of covers of pop standards.

'Triplicate,' which comes out Friday, is also the first three-disc original album by the rock legend as he interprets 30 songs from the 1930s through 1950s, most of them sung at some point by Frank Sinatra.

For an artist who over a half-century has famously flouted convention -- from going electric in 1965 to writing long-winding songs that broke radio formats -- the 75-year-old's recent passion for the music of his youth is clearly no fluke.

Dylan's 'Sentimental Journey,' to quote the title of one of the songs on the album, is at once a celebration of a golden age in songwriting and a rejection of the simplicity and over-production of contemporary pop music.

Many of the songs on 'Triplicate' are deceptively complex, with multiple shifts in key and time signature.

Dylan, whose grainy voice has rarely been described as a reason for his success, recorded in live sessions with his band in a Los Angeles studio, declining to go back in production and gloss over the rough edges of his vocals.

Dylan concentrates the album's third disc on existential songs about life such as Hoagy Carmichael's perennial favorite 'Stardust,' doo-wop legends The Ink Spots' 'It's Funny to Everyone But Me' and 'Why Was I Born?' popularized by Billie Holiday.

"These songs are some of the most heartbreaking stuff ever put on record and I wanted to do them justice," Dylan told the writer Bill Flanagan in a rare interview that the rocker posted on his website.

"Now that I have lived them and lived through them, I understand them better. They take you out of that mainstream grind where you're trapped between differences which might seem different but are essentially the same.

"Modern music and songs are so institutionalized that you don't realize it. These songs are cold and clear-sighted, there is a direct realism in them, faith in ordinary life just like in early rock and roll," he said.

Whereas Sinatra brought an ebullience to his songs, Dylan chooses restraint. On 'The Best Is Yet to Come,' a song that so marked Sinatra's spirit that the line is on his epitaph, Dylan gives a steady, bluesy delivery.

On 'When the World Was Young,' an oft-covered song whose French original was performed by Edith Piaf, Dylan brings a sense of loneliness to a tune of nostalgia that for Sinatra carried hope and for Aretha Franklin brought glamour.

Dylan's take bears more emotional resemblance to Peggy Lee's version, but he creates a steamier atmosphere led as elsewhere on the album by understated guitar riffs.

The ever-reclusive Dylan chose to focus on 'Triplicate' and his constant touring rather than head to Sweden last year to accept the Nobel Prize.

The Swedish Academy said Dylan will finally pick up the award this weekend when he performs in Stockholm, but no media will be present and he will tape a required lecture at a later date.