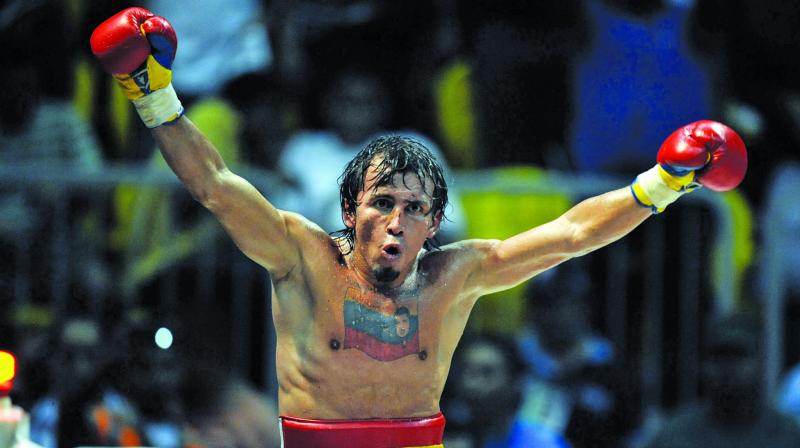 On an April morning in 2010, Venezuelan boxing legend Edwin “El Inca” Valero, an undefeated two-time world champion, murdered his wife. Two days later, he took his own life in his prison cell at 28 years old.

Now, his violent and troubling story is making headlines and causing controversy all over again, in a politically charged scandal over a banned film about his life. The movie, El Inca, was a box office sensation when it premiered on November 25, rising to become the third-most lucrative film of the year in Venezuela in less than three weeks. But its run came to an abrupt halt on December 13, when a judge ordered it removed from theaters and impounded all copies.

The court case was brought by Valero’s family, which accused director Ignacio Castillo Cottin of slander. But the director alleges politics had more to do with the ruling. El Inca, who won 27 fights across his career — all but one by knockout — was a fervent supporter of late President Hugo Chavez, the leftist firebrand who led Venezuela from 1999 until his death in 2013.

The country is today governed by Chavez’s hand-picked successor, Nicolas Maduro, whom opponents accuse of ruling with an increasingly authoritarian grip amid a devastating economic crisis that has sparked riots, looting and calls for his ouster. “In Venezuela, the courts are not independent. There is evidence of a political element in the banning of this film,” said Castillo Cottin’s lawyer, Oswaldo Cali. Castillo Cottin, the son of a famous opposition journalist, Leopoldo Castillo, denounced the ruling as censorship. “This affects all filmmakers,” he said. “A judge should not have the authority to decide what movies we can watch.”

Valero, a southpaw, was known for his attacking style and extremely powerful punches. He won both the WBA super featherweight and the WBC lightweight titles during his career. Ringside photos immortalise his raw aggression as he pummeled his opponents.