China’s new border ‘offer’ is no deal at all 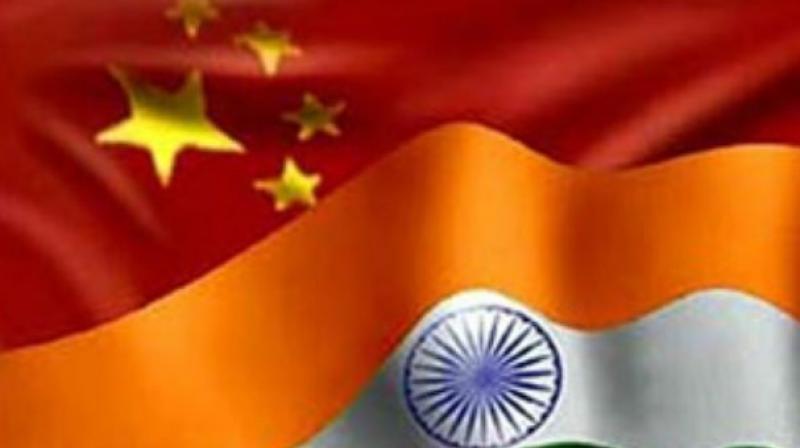 India and China are experiencing new levels of nationalism, thus making the exchange of territories unpalatable to the public on both sides.

Dai Binguo is a respected Chinese politician and diplomat.  Many in India will be familiar with him as the long-time interlocutor with a line of Indian NSAs in the Sino-Indian border discussions. He has served as a state councilor and also as the director of the General Offices of Foreign Affairs and the National Security Group of the CPC Central Committee. A senior Chinese official once described him to me as China's Kissinger. He retired in 2013 but his voice is still heard in the higher echelons of the Chinese Communist Party and his voice is also often their voice. Hence it's as important to have him hear you as it is to hear him.

Dai returned to our headlines on March 2 when he told the Beijing-based magazine China-India Dialogue: "The disputed territory in the eastern sector of the China-India boundary, including Tawang, is inalienable from China's Tibet in terms of cultural background and administrative jurisdiction. The major reason the boundary question persists is that China's reasonable requests [in the east] have not been met. If the Indian side takes care of China's concerns in the eastern sector of their border, the Chinese side will respond accordingly and address India's concerns elsewhere."

He is clearly alluding to a new package deal, quite different from the old package deal offered several times in the past. That package deal was the recognition of the Aksai Chin plateau as Chinese, in lieu of the recognition of Arunachal Pradesh as Indian. Zhou Enlai first offered this package deal in 1960. But this was unacceptable to India and we went on to have the 1962 war. We have been eyeball to eyeball since. Dai Binguo states that it was offered to foreign minister A.B. Vajpayee in 1979. The last time it was reportedly offered was during Prime Minister Rajiv Gandhi's meeting with Deng Xiaoping in 1988. Yang Wencheng, president of the Chinese Peoples' Institute for Foreign Affairs (CPIFA), said: "As a diplomat in the late 1980s, I was witness to a chance to solve the problem with Prime Minister Rajiv and Deng. Deng said, 'We do some compromise on the west wing, you do some on the east wing, then we can have a new border.'" Yang adds: "We offered, but Prime Minister Gandhi didn't have a response.

The goalposts have since changed. The Chinese clearly want the populated Tawang tract in Arunachal. and want to go beyond the old Macartney-MacDonald line in Ladakh. This means India actually cedes territory it holds at present.

Though the Simla Conference of 1913 between British India and an independent Tibet agreed upon the McMahon Line, the border was only notified by Delhi in 1935 at the insistence of Sir Olaf Caroe, ICS, then deputy secretary in the foreign department. In 1944 J.P. Mills, ICS, established British-Indian administration in NEFA to the McMahon Line, but excluding the Tawang tract, which continued to be administered by the Lhasa-appointed head lama. In 1947, the present Dalai Lama wrote to newly-independent India laying claim to these parts.

On October 7, 1950 the Chinese attacked the Tibetans in Qamdo and by October 1951 asserted control over all of Tibet. In anticipation on February 16, 1951 Major Relangnao "Bob" Khating, IFAS, at the head of a column of Indian forces, raised the India tricolour in Tawang and took over the administration of the tract.  Clearly India's claim over Arunachal Pradesh doesn't rest on any long historical tradition or cultural affinity. But then the Chinese have no basis whatsoever to stake a claim, besides a few dreamy cartographic enlargements of the notion of China among some of the hangers-on in the Qing emperor's court. The important thing now is that the McMahon Line is over a hundred years old and India has been directly administering the territory for almost eight decades. China was never there, either in 1913 or before or after.

India's claims on Aksai Chin rest on the "advanced boundary line" formulated in 1865 by W.H. Johnson, then a civil sub-assistant in the Survey of India. He proposed this line after claiming to have surveyed the territory. The authorities in Delhi and London waited three decades before rejecting it, now called the Ardagh-Johnson line. Viceroy Lord Lansdowne minuted on September 28, 1889: "The country between the Karakoram and Kuen Lun ranges is, I understand, of no value, very inaccessible and not likely to be coveted by Russia. We might, I should think, encourage the Chinese to take it, if they showed any inclination to do so. This would be better than leaving a no-man's land between our frontier and that of China." The then secretary of state for India in Whitehall, Lord Curzon, wrote: "We are inclined to think that the wisest course would be to leave them in possession as it is evidently to our advantage that the tract of territory between the Karakoram and Kuen Lun mountains be held by a friendly power like China."

In 1893, Hung Ta-chen, a senior Chinese official at Kashgar, handed a map of the boundary proposed by China to George Macartney, the British consul-general there. This boundary placed the Lingzithang plains, which are south of the Laktsang range, in India, and Aksai Chin proper, which is north of the Laktsang range, in China. Macartney recommended and forwarded it to the British Indian government. There were good reasons to support this border, along the Karakorum Mountains. The Karakorums formed a natural boundary, which would set the British borders up to the Indus river watershed while leaving the Tarim river watershed in Chinese control.

The British presented this line, known as the Macartney-MacDonald Line, to the Chinese in 1899 in a note by Sir Claude MacDonald, the British minister to the Qing dynasty Empire of China. China believed that this then was the accepted boundary. But post 1962, the Chinese are ahead of this too.

In 1941, after military intelligence in Delhi got reports of Soviet troops garrisoning in Xinjiang, it was decided to push the boundary outwards to the old Ardagh-Johnson line. Thus, Aksai Chin once more became part of India. This late incorporation appeared in few maps only. The India map of the original Constitution of India adopted in 1950 leaves the boundary between India and China at Aksai Chin as an airbrushed blank without indicating any line.

There are doubts in China as well about its border claims. Prof. Ge Jianxiong, director of the Institute of Chinese Historical Geography at Fudan University in Shanghai, wrote in China Review that prior to 1912 when the Republic of China was established, the idea of China was not clearly conceptualised. Even during the late Qing period (Manchu), the term China would on occasion refer to the Qing state, including all the territory that fell within the claimed boundaries of the Qing Empire. At other times it would be taken to refer to only the 18 interior provinces, excluding Manchuria, Inner Mongolia, Tibet and Sinkiang. Prof. Ge further adds that the notions of "Greater China" were based entirely on the "one-sided views of Qing court records that were written for the courts self-aggrandizement." Ge criticises those who feel that the more they exaggerate the territory of historical China the more "patriotic" they are.

Both India and China are now experiencing new levels of nationalism, thus making the exchange of territories unpalatable to public opinion in both countries. If the package entails the withdrawal of the two territorial claims, it might win a modicum of support in both countries. But this is clearly not so. What Dai Binguo is now suggesting is India gives up its claim of Aksai Chin, and also cedes the strategically vital Tawang tract.

What is feasible is for the two countries to find acceptable Lines of Actual Control (LAC) based on sound strategic principles.  But the claims and control of territories is clearly not.