Acting honourably is expensive, as UK govt is now discovering

There is and has been for decades a British law against instigating the murder of groups or inciting religious hatred. 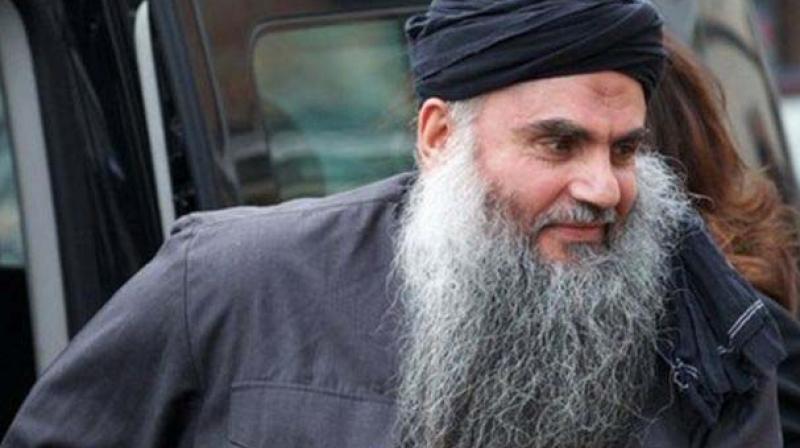 “The silly old fool
Was once a silly young fool.
The strength of the strong and silent
Resides in keeping their mouths shut….. “
From More Proverbs of Bachchoo-ka-adda

Acting honourably can be expensive — as the government of the UK has known for some time and the British media is now trying to hold it to account for so doing.

Take the case of one Abu Qatada, an Islamicist cleric of Jordanian origin and Salafist conviction who was expelled from Jordan, spent some time spreading his vile bile in Pakistan and landed up in Britain in 1993 on a false UAE passport. He was given leave to remain on honourable, human rights grounds.

Abu Qatada is not a great advocate of human rights himself. Consider some of his pronouncements:

In 1995 he issued a “fatwa” stating that it is justified to kill Muslims who deny the faith and to kill their families also. In 1997, from the safe haven of a house in Acton, for which the British State paid the rent, he announced to his followers that Islam deemed it legitimate to “kill Jews, including Jewish children.”

In October 1999, he gave a speech at London’s Four Feathers mosque saying “American citizens should be attacked, wherever they were — and there is no difference between English people, Jews and Americans.”

He has made no direct mention of the Hindu, Sikh, Zoroastrian or other faiths. Even so, in an Al Qaeda magazine published in Syria, he attacks Shia Muslims: “Allah exposes our enemies from amongst the filthy Shias and their beloved friends from among the polytheists.” I don’t think that latter term was intended as a description of ancient Greeks. He probably meant Hindus.

There is and has been for decades a British law against instigating the murder of groups or inciting religious hatred. It distinguishes between criticising religious doctrine and hate crime. I can, for instance, say that I don’t believe that Jesus was born of a virgin. What I can’t say is “kill all Christians at the church doors on Sunday”. If I did, inspector Abdul of the Yard will undoubtedly knock on my door and make urgent enquiries.

Despite all his nasty nonsense, Abu Q was not only left free to preach by the British State, the secret services and police, he and his family were housed and kept in comfort by welfare payments to the estimated tune of nearly a million pounds.

Nevertheless, he was arrested by the police on three occasions, detained for periods of time under anti-terrorist detention laws and released by the courts on each occasion.

There is a body of opinion which believes that Abu Q made a deal with Britain’s MI5 despite his involvement in international terrorist acts — or because of them. His messages and recordings were found in the Hamburg flat of one of the 9/11 bombers. Even if there was no such deal, it is likely that the secret services allowed him his freedom so that they could trace his contacts and communications with terrorists here and abroad.

Leaving him free or frequently arresting him and releasing him without charge may have been a way of pacifying public opinion as his incendiary activities and opinions were widely known and caused widespread disquiet.

No government can openly say that they are letting such a person loose so they can gather information about his active associates through keeping him under surveillance.

Having entered the country on a false passport, Q applied for asylum on the grounds that he had been tortured in Jordan and if he was sent back would be subject to the same treatment.

By granting him political asylum, was the UK state acting honourably — honouring its commitment to not send people, however nasty, to countries where they may be tortured? The UK Home Office did, in the case of Abu Q, plead some such honourable thing, even though it emerged that it had earlier colluded with the US to send several individuals captured in Afghanistan to Libya, where they were provenly subjected to torture.

Far be it from me, gentle reader, to concoct conspiracy theories or even pretend to know what MI5 and the Home Office were up to with this honourable stance. In keeping Abu Q free, they were assisted by the fact that, when he was threatened with deportation as the media began to question why he was still at liberty to preach murder, he appealed to the European Court of Justice. That court upheld his appeal on the grounds that he would be tortured in Jordan and so must remain in the UK.

Were MI5 and the Home Office, which threatened the deportation, defeated by the European Court or was it a clandestine victory as they must have known how the ECJ would rule and enable Q to remain as the main conduit to the detection of terrorist communications and plans?

Finally, in 2013, public opinion prevailed and Theresa May, then still home secretary, negotiated a deal with Jordan. Q would be sent there after a treaty specifying that he wouldn’t be tortured was signed. The treaty must have offered Jordan something in return but what it specified was that the UK would pay £200, 000 each year for doctors and social servants to check on Quasimodo’s — sorry, Qatada’s — health.

Now investigations have turned up the fact that apart from this regular good-riddance payment, the UK government spent £1.9 million on Q’s deportation procedures. The honourable thing to do?

Is “honour” in this and so many instances a pragmatic tool?

When Julius Caesar was murdered and Brutus made his speech justifying the assassination, Mark Anthony, with his tongue slipping firmly into his cheek, said “Brutus is an honourable man.” And of course, Brutus’s honourable stance cost him dearly.