Agriculture employs 65 per cent of our workforce but contributes only 14 per cent to GDP. 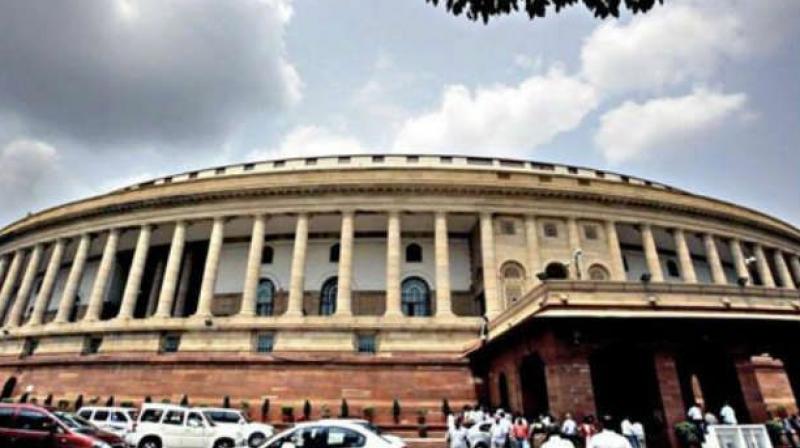 2016 is over. 2017 has begun. Should we look at the past or cast an eye on the future? Each one of us nurtures the hope that the future will bring to fruition what the past could not deliver. Hazaaron khwaishein aisi ki har khwaish pe dam nikle, as Ghalib would say: A thousand wishes such, that for each I’d give my life!

Wishlists can be infinite, but I am — perhaps arbitrarily — compressing mine to 10:

Electoral reform: India may be the world’s largest democracy, but 2017 must be the year when it becomes a more credible democracy. For this, the top priority must be electoral reform that severs the link between unaccounted money and politics, since this unholy link is the seed of all corruption in India. We need to do away with anonymous donors. Every penny must be accounted for. Party funds and financial transactions, must be audited, put up on a public website and brought under the RTI Act. The Election Commission has recommended this. The government and Parliament needs to act.

Functioning Parliament: I hope that the New Year will see a Parliament that functions with decorum and gravitas. No more throwing of missiles in the House, no more rushing to the well. No more debasing cacophony.

Mission agriculture: Agriculture employs 65 per cent of our workforce but contributes only 14 per cent to GDP with annual growth rates now hovering as low as one per cent. The need of the hour must be a special mission to enhance agricultural productivity through investments in better seeds, inputs, irrigation, cold storage, transportation and transportation. It has been estimated that for every one per cent increase in agricultural output, overall GDP grows by two per cent. After two successive drought years, let the New Year focus on the well being of our farmers.

Mission manufacturing: A quantum growth in the labour-intensive manufacturing sector is the best means of providing employment to the unemployed and under-employed workforce in agriculture. The government has a declared aim to create 100 million jobs in the manufacturing sector by the year 2022 but little of this has translated to the ground for the absence of a planning and policy focus. Can we in 2017 get our act together on this pivotal economic goal?

Poverty reduction: It is an assault on our credentials as a successful democracy that India still has the largest number of the abjectly poor in the world. This must change, and can only do so if economic policies are so designed as to reach the poorest of the poor. More needs to be done than to merely wait for the dividends of economic growth to trickle down to the poor. The quality of life of the poorest must improve dramatically. In Bihar, for instance, Nitish Kumar, as part of his seven-point resolve, has committed to providing potable water, electricity and roads to every village within a specified time frame.

Mission health and education: Notwithstanding the fact that India produces some of the finest doctors, our medical infrastructure outside the handful of super specialty hospitals in a few chosen metropolises is woefully poor. The state of education, specially in government schools and colleges is unacceptably poor. Both these sectors need much more funds and attention. Will 2017 see this policy change?

Balanced regional development: Five relatively developed states in India receive the bulk of all public and private flow of funds, while many of the least developed states, such as Bihar, West Bengal and Odisha, are starved of investments. This lopsided spread of economic wellbeing must be rectified by policy interventions like the granting of special category status. 2017 should be the year when we realise that all of India must be given the opportunity to develop.

Mission tourism: India, that has almost everything to offer to a tourist, gets a paltry five to six million tourists, while countries like South Africa and Mexico get three to four times this figure and China receives six times more. Even with such low tourist footfalls, our tourism industry contributes about eight per cent to our GDP and is a major employment generator.

The time has come to end the institutional neglect of this sector and to begin in 2017 a concerted drive to double the number of tourists coming to India in the next three years.

Foreign policy: It is time that our foreign policy becomes part of a carefully calibrated strategic framework and rescued from high publicity ad hocism. In particular, one can only hope that our relations with our neighbours see a qualitative improvement, and that we are able to deal with Pakistan with greater anticipation and policy coherence. Here’s also hoping that we are able to persuade China to be a more understanding neighbour.

Culture: India is one of the oldest civilisations of the world, with a culture that is marked by peaks of refinement and great diversity. Unfortunately, while all governments pay lip service to our cultural heritage, all of them uniformly ignore the institutional investment required to sustain this great legacy, specially at the grassroots level. Culture in our country needs to be rescued from the stranglehold of soulless bureaucracy and provided the infrastructure to flourish. Will 2017 see this happen?

Democracies survive because they have the institutional mechanism to nurture hope. Let us hope then that the New Year will see some of the things in the wishlist above begin to happen. Let us hope that India in 2017 will guarantee a more civilised public space for dialogue and debate, shun hatred and exclusion, and allow our multi-cultural, plural and multi-religious social fabric to flourish. Happy New Year!