After the white man departed, these clubs turned into a preserve of the new Indian elite -- many called them the 'brown sahibs' 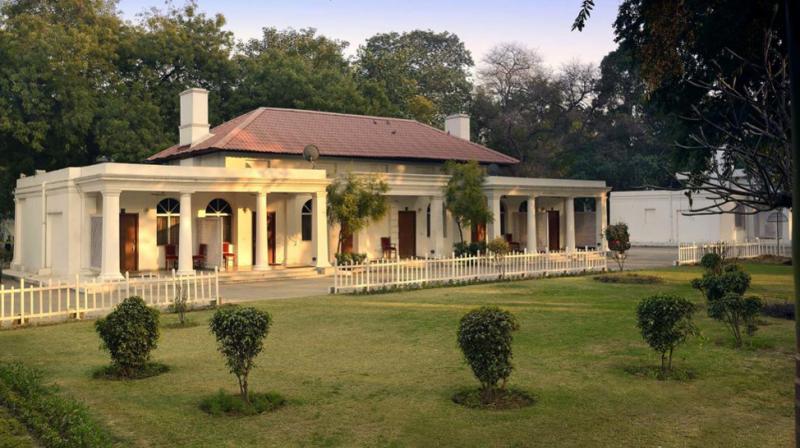 The control of the prestigious Delhi Gymkhana Club is now a bone of contention with the Central government seeking to take over its managing committee. Recently, a petition was filed by the ministry of corporate affairs in the National Company Law Tribunal (NCLT) seeking action under Sections 241 and 242 of the Companies Act, which allows a member of a company or the government to seek relief if the affairs of the entity are being run in a manner “prejudicial to public interest” or is “oppressive”, among other things. The government had used the same provisions of the Companies Act to get NCLT approval to supersede the board of the bankrupt IL&FS in October 2018.

Incredibly, the Central government had cited “parivarvaad”, or nepotism, nepotism, financial irregularities, misuse of allocated land and issues related to membership, as the primary reasons for it to acquire the club. While it is at it, it might as well take a look at all other such elite clubs where nepotism is more rampant and where the real estate is often bigger and more valuable.

Every major city in India has such clubs. Most of the better-known ones are relics of the Raj and were meant as a private place for the ruling elite to socialise and fraternise. Being the ruling elite, they gave themselves tracts of public land for their private enjoyment. At a time when the whole country was for their private enjoyment, this raised few questions. After the white man departed, these clubs turned into a preserve of the new Indian elite -- many called them the “brown sahibs”. The brown sahibs too have long gone and cannot aspire to memberships. Unlike the clubs of the past, which were extensions of a ruling hierarchy, today’s clubs are mostly watering holes for the well-born, and more for card games than field games.

Generally speaking, an elite means a more capable group of people. In sociological terms, an elite is a group of people who control a disproportionate share of wealth or power. C. Wright Mills in The Power Elite describes the power elite as “those political, economic, and military circles, which as an intricate set of overlapping small but dominant groups share decisions having at least national consequences”. But most of our “elite” clubs defy such descriptions and have ceased to be based on social or official hierarchical or professional considerations, where membership was dependent on attainments and achievements. They are increasingly an association of neither the more capable people or a social elite or a power elite. They are just social clubs where membership is dependent on birth. The term “parivarvaad” used by the government in its petition describes a uniquely Indian system that combines dynastic succession and clan nepotism.

Clubs all over India are being increasingly been taken over by a hereditary membership. Most of these clubs have framed rules for themselves, which automatically confer their children membership, by virtue of being dependent members, a classification for members’ children of a certain age group. Since these dependents are given priority, it is almost impossible for a non-dependent to become a member. Most people who become members through the direct route do so late in their life, which means their children invariably cannot become dependent members.

The constitutionality of hereditary membership is questionable, but who among the members will go out and challenge it? There are other implicit issues as well. Many of India’s clubs are private clubs enjoying public land or land that could be deemed as “commons”. The term “commons” refers to the cultural and natural resources that should be accessible to all members of a society, including natural materials such as air, water, and a habitable earth. The “common good” is a utilitarian ideal, which means “the greatest possible good for the greatest possible number of individuals”. Many, like the philosopher Michael Sandel, believe that promoting the “common good” should be the main ideal of a democracy. Implicit in this is that the “commons” must only be for the “common good”.

In 2014, Delhi CM Arvind Kejriwal, then making an entrance into national politics, specifically referred to the Delhi Golf Club as a prime instance of corruption and cronyism that allowed a small number of people to take possession of public property. Like the Delhi Gymkhana, the Delhi Golf Club comes under the jurisdiction of the Central government.

Compared to the 27 acres of land occupied by the Delhi Gymkhana, the Delhi Golf Club is in possession of 220 acres of common land and enjoying it for the exclusive benefit of its 3,000 “members”, of whom only 900 have the right to vote, and most of these are hereditary members.

Across India, a majority of those who are members of such clubs are a hereditary elite, unlike the white colonials who largely set up these establishments, who came to India as a “selected” elite by going through a very rigorous process. For instance, the Secunderabad Club has 3,998 permanent members, of which 2,295 have made the cut by virtue of being members’ children. Incidentally, this club only has 173 ladies as permanent members. A more recent addition for cornering the “commons” for the recreation of the elite is the HGA golf course and club promoted by the Telangana government on 105 acres of the Golconda fort’s 155 acres. Though a good part of its membership is for government officials, this club too now has a system of hereditary membership. One irony must not be missed here. Those who become members by virtue of being government officials, and hence bypass the long waiting list of the less privileged, are able to confer the hereditary benefits for posterity by bequeathing the automatic membership rights to their descendants.

In a few decades, these public commons too will become the preserve of a hereditary elite. It has even gone one better than most such clubs by making its membership fungible, affording indigent members a soft landing by transferring membership to a person of his or her choice.

It’s only in the fitness of things that a government headed by a chaiwalla’s son is now challenging this growing system of hereditary legitimacy.