Opinion   Columnists  01 May 2020  Saeed Naqvi: What’s the way ahead to take India out of the lockdown?
Opinion, Columnists

Saeed Naqvi: What’s the way ahead to take India out of the lockdown?

ust when the economy was in a nosedive, came the pandemic, inviting a lockdown which has devastated the economy 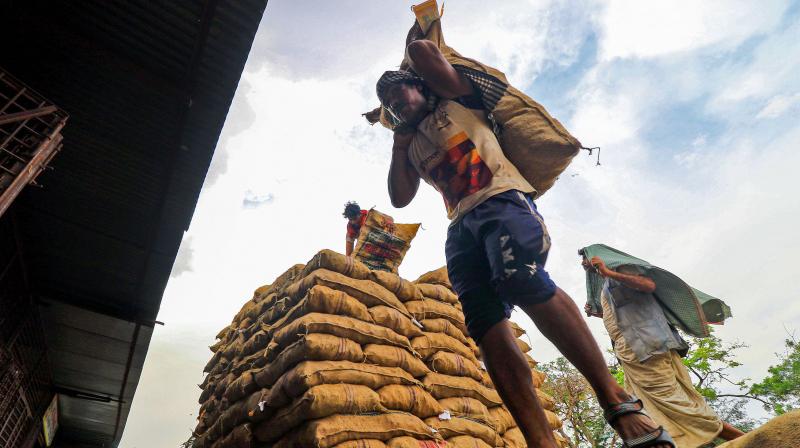 A piquant picture of the post-pandemic world appeared in the spa town of Lazne Bohdanec east of Prague when a Czech police patrol ordered a bevy of nudists to “cover up” -- with face masks, the new fig leaf. The police penetration of their idyllic parks led to deep consternation: nudism brought them close to nature, of course, but also helped them tan. That objective stands compromised because of the pigmentation difference between the masked and unmasked parts of the body.

The minor turbulence in nudist parks notwithstanding, the Czech Republic and many countries of Eastern Europe are feeling a little more satisfied than their West European cousins in how they have controlled coronavirus. There is intense debate that borders between nations be sealed for longer than imagined. The balkanisation of Europe is thus on the cards. There is, in Hungary, that looming figure of strongman Viktor Orban causing a flutter in libertarian hearts as he accords efficiency, with an iron fist, precedence over freedom. He calls his system “illiberal democracy”. Does Narendra Modi’s India also qualify for such a change in name?

It would be disingenuous to hint that our own Mr Modi takes notes from Mr Orban at dictation speed. There is just a coincidence:

In form and feature, face and limb/ I grew so like the Hungarian/ That folks went taking me for him/ Though I’m a vegetarian!

Yes, the way in which Mr Orban has consolidated power in the guise of fighting coronavirus bears resemblance. Mr Orban has appropriated emergency powers for good; there is so far no “declared” emergency in India. The PM does not need a formal emergency. His hold on the people is absolute. Can Mr Orban, or any strongman anywhere in the world, bring a nation to its balconies beating pots and pans? Mr Modi recreated the festival of Diwali lights in his very own image.

There could be some similarity with Mr Orban in the way medics in the battle against coronavirus are being protected. Any interference with epidemiological isolation will attract a six-year jail term in Hungary. Mr Modi, in his ordinance, has gone one better: there is a seven-year jail term and a Rs 50,00,000 fine if anti-corona doctors are obstructed.

The perverse will say God has blessed Mr Modi with luck. Just when the economy was in a nosedive, came the pandemic, inviting a lockdown which has devastated the economy. The historian, like the godi (lapdog) media, will explain away record unemployment and looming hunger on the virus.

“Ek na shud, do shud” -- goes the Persian saying, which means: the second has come as if one were not enough. Mr Modi was gifted with more grist to his mill of communalism.

The international “Markaz”, or centre of Tablighi Jamaat, a Muslim reform moment, headquartered in Delhi’s Nizamuddin, erupted last month with coronavirus cases. Tablighis from a dozen-odd countries held a seminar on their mission. They are an innocuous group: they do not convert, nor do they preach jihad. But in appearance they look like the two groups.

One must fall back on the testimony of Delhi journalist Shishir Gupta. He reported that national security adviser Ajit Doval visited the Markaz on March 28, strangely at 2 am, to meet Jammat chief Maulana Saad Khandalwi, who is since missing or in a Saharanpur safe haven.

After this meeting, the Markaz’s sixth to eighth floors (only deep insiders have been to the highest floor) were cleared of devotees. In peak season, the Markaz can accommodate 10,000 devotees. During the conference in March, there were 6,000 Tablighis in the Markaz.

A question the media has chosen not to ask: which official agency has over the years given the Jamaat permission to build floors upon floors of structures that are brazenly illegal. Two floors were added in the last two years. The Nizamuddin police station shares a wall with the Markaz. The Archeaological Survey shows no interest in recovering Ghayasuddin Balban’s palace, the earliest such building in the area, that the Tablighis have encroached. It’s interesting, meanwhile, that the Nizamuddin basti, its social texture, totally divorced from Tablighis, has not reported a single case of the virus.

It can’t be denied that infected Tablighis somewhat stupidly travelled in all directions – the Andamans, Tamil Nadu, Telangana, Kashmir, etc.

Meanwhile, what is one to make of the BJP leadership accelerating cases under the Unlawful Activities Prevention Act -- Gautam Navlakha, Anand Teltumbde, Omar Khalid and Jamia students associated with the anti-CAA agitation which ballooned into the Shaheen Bagh movement. One had somehow, perhaps naively, expected a more cooperative post-corona atmosphere instead of a more confrontational one.

All of this is happening at a time when the lockdown is increasingly in bad odour. Experts like Dr Satyaprakash Muliyil, former principal of Vellore Medical College, Dr Mathew Varghese of St. Stephen’s Hospital and Prof. Johan Griesecke, an internationally-recognised Swedish expert, have been advocating “herd immunity” as the preferred option. The theory is that the coronavirus has come to stay, just as dengue and chikungunya have become an unfortunate part of our lives.

What does Mr Modi do now? Does he lift the lockdown and face the risks? If there is a spike in cases, he will face flak. And if there is a no spike, the lockdown decision will begin to look like a government-made economic disaster. In any case, when and how does the lockdown end?

Has Veer Abhimanyu entered the Chakravyuh, and there is no Arjun or Krishna to guide him out of it?