Opinion   Columnists  01 Jul 2022  Farrukh Dhondy | Will BoJo and his chamchi Clueless get me deported to Rwanda soon?
Opinion, Columnists

The irony, gentle readers, is devastating and one would cry if one didn’t laugh 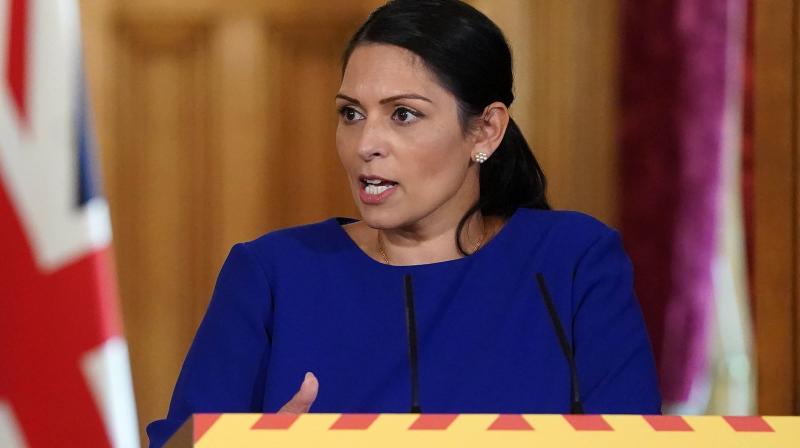 Mujib ur Rehman
Got fed up of being East Pakistan
He said if anyone should call
Tell them we’re reverting to Bengal”
From Key Holo: A Peep into Bengali History;
tr. from the Bengali of Bonking Chandra Chatterley, by Bachchoo

Some years ago, I was in New Delhi with Vidia and Nadira Naipaul, when Vidia asked if I could be with them that evening. I said I planned to go to Mumbai and he asked me if I could postpone my trip as he wanted me to accompany them that evening to address the BJP’s cultural wing.

I went. It was quite an occasion. The media with cameras and crews were gathered in a horde outside the BJP headquarters as they were denied entry. We were greeted by BJP stalwarts and ushered into the hall. I sat in the audience as Vidia had asked me to do, saying he wanted an articulate witness to the proceedings, as people would almost certainly misconstrue his attendance and performance there.

Vidia told the audience he was not going to make a speech but he wanted to use the occasion to ask them questions. The encounter proceeded and the audience seemed eager to get his approval for their policies, ideology and actions. Vidia remained subtly evasive, endorsing nothing.

Then someone asked him what he thought of the Babri Masjid episode. He thought for a moment.

“All I’d say is it was built as an act of hubris by Babar.”

I don’t know if the questioner understood the operative word. I am sure in that august and learned assembly very many did -- just as they must have known that the ancient University of Takshashila was not located in Bihar.

It’s a useful word and I recall the above incident, gentle reader, because BoJo, the UK’s PM, made a statement which can only be described by it. He said he expected to be the UK’s Prime Minister in 2034 -- predicting, for himself and perhaps his Uncle Tom’s Cabinet, several terms. And this when his first term looks dangerously like coming to a premature end.

Let me count the ways:
This very week Nicola Sturgeon, the virtual Prime Minister of Scotland, announced that her Scottish Nationalist Party would appeal to the British Supreme Court to respect the democratic result of the referendum she is planning to hold next year to determine whether Scotland should secede from the United Kingdom. Her party is for the independence of Scotland and, if she succeeds, it will mean that poor BoJo will go down in history as the PM under whose jurisdiction and yes, through his fervent advocacy of Brexit, the United Kingdom fragmented.

Then there is the other troublesome kingdom within the unity -- Northern Ireland, whose regional government, the Stormont parliament, has been virtually suspended because the Opposition Democratic Unionist Party (DUP) refuses to participate until the Westminster government does away with the clauses of the Brexit agreement which BoJo signed with the European Union requiring customs checks on goods entering Northern Ireland from mainland Britain.

BoJo now says that he’s going to placate the DUP by unilaterally changing the international treaty he himself signed. His predecessor as PM, Theresa May, has said in Parliament this week that this would not work and, what’s more, it would be illegal under international law. Does BoJo care?

Enter BoJo’s nominated “attorney general”, one Suella Braverman (or should she now be called Supinella Cowradlyperson -- for reasons you will understand?). She is of the very dodgy and internationally disputed opinion that this treaty with the EU can be unilaterally altered by her and BoJo.

And then there is the disputed decision by BoJo’s home secretary Pritti “Clueless” to deport asylum seekers who arrive in Britain to Rwanda. The European Court of Human Rights, to which the UK is a signatory, had stopped the deportation of the first asylum seeker who Clueless was attempted to send off. Supinella now says she can get Britain out of this European Court of Human Rights altogether and get the deportations to Rwanda moving.

The irony, gentle readers, is devastating and one would cry if one didn’t laugh. Here are two members of Uncle Tom’s Cabinet, themselves descendants of, or immigrants to, Britain, ganging up to defy international law -- leave aside common human compassion -- to keep a few thousand asylum seekers, fleeing terror and death in our God-forsaken world, out of the UK where they live as massively privileged immigrants?

The iron of irony has turned to steel. Ahura Mazda, forgive us -- for I, like Clueless and Supinella, not married into money or the British class system, am an immigrant too!

Where did BoJo make his hubristic statement? Rwanda! At a conference of the Commonwealth leaders. Forgive me, but I had naively thought that the Commonwealth was a conglomerate of countries that had once been part of the British Empire. Was Rwanda???

(Puzzled of Pune!)
Or is BoJo and his chamchis, Clueless and Supinella, trying to establish Rwanda as an international hub of respect to which I may be deported soon for saying so?