Laws to protect children must be gender-neutral

The hastily-drafted ordinance had several shortcomings which have been pointed out by activists. 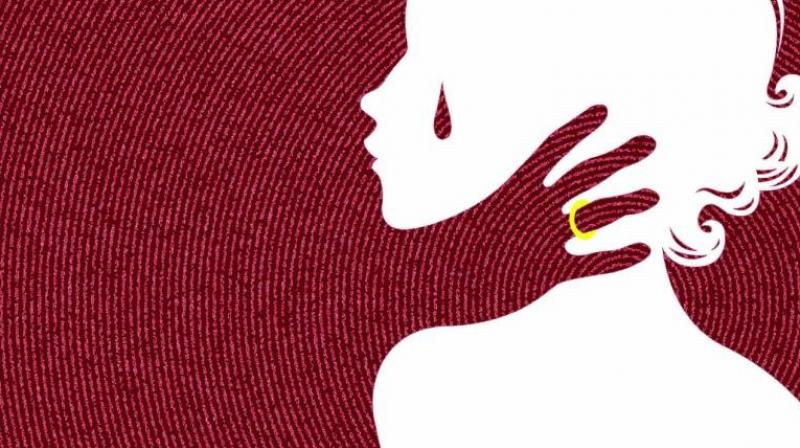 The gender stereotypes of a patriarchal society that refuses to acknowledge vulnerabilities of its male members is perhaps the strongest reason for the silence on the plight of sexually abused boys. (Representational image)

The Criminal Law (Amendment) Bill 2018, that was passed by the Lok Sabha on Monday, seeks to replace the Criminal Law (Amendment) Ordinance which was promulgated in April this year after reports of a number of rapes of minor girls hit the headlines, including the infamous rape and murder of an eight-year-old girl in Kathua who was abducted, confined and gangraped for days before being brutally murdered; and the case in Unnao in Uttar Pradesh where a BJP legislator has been accused of raping a minor girl.

Not just the gruesome brutality of the incidents, but what followed was more shocking! As attempts were made to give a religious colour to the rape and murder of a minor girl and the supporters of the ruling party at the Centre indulged in “whatabouteries” in shrill TV debates, the entire nation was enraged and shamed — it is perhaps for the first time in the history of any civilised nation that some people, including lawyers, leaders and supporters of the ruling party, actually held meetings and took out rallies in support of the rape accused and tried to obstruct the course of justice.

Throughout the country, there were spontaneous outbursts of fury by ordinary citizens, including a large number of women who took to the streets to demand justice for the rape victims, as well as measures to stop increasing incidents of violence against women. Under tremendous pressure, the Central government, in a knee-jerk reaction, promulgated the ordinance providing for harsher punishment for rape convicts.

The hastily-drafted ordinance had several shortcomings which have been pointed out by activists. The experience throughout the world indicate that it is not merely the severity but the certainty of punishment which is more of a deterrent to a crime as offensive as rape. The delay in delivering justice is a major impediment in putting the fear of the law in the minds of people. A proposal has been made to set up fast-track courts. But given the history of long pendency of such cases and the inability of the government to fill up the massive existing vacancies of judges at all levels of the judiciary, one can only hope that the proposal doesn’t remain confined merely to the files. It has been pointed out that the death sentence provision will perhaps endanger the life of the victim even more. A majority of sexual offences, including rape, especially in the case of minor victims, happen within the family or by someone known to the family. With the death sentence provision, there is a very valid fear of under-reporting of such cases.

One of the major flaws of the ordinance, which the activists hoped the government would correct in the bill, was that it didn’t address the issue of sexual abuse of boys, including minors. The POCSO law is gender-neutral as it had same punishment for the sexual abuse of children irrespective of gender. While enacting the ordinance, the severity of the punishment was aimed at the perpetrators committing crimes against girl children, prescribing the death penalty specifically for those convicted of the rape of a girl child below 12 years of age. Sexual abuse and violence towards boys was completely overlooked. The lack of gender neutrality in the bill will result in disparate punishment to convicts for similar offences.

While the infamous Nirbhaya incident of December 2012 brought rape and sexual violence against women into the forefront of public consciousness, there is very little discourse on the sexual abuse faced by young boys. The last study on it in 2007 by the ministry of women and child development reports that 53 per cent of children facing sexual abuse are boys. In Delhi, this figure was 60 per cent. That means a much larger number of minor boys are subjected to sexual abuse than girls. The silence of the government, and society at large, on the suffering of such a large number of children is profoundly alarming.

The gender stereotypes and mores of a patriarchal society that refuses to acknowledge vulnerabilities of its male members, including young boys, is perhaps the strongest reason for the silence on the plight of sexually abused boys. There is enormous under-reporting of male sexual abuse. The ministry of women and child development told Parliament that only 467 male child abuse cases were lodged with the police out of 36,321 such reported incidents in 2016. The stigma attached to homosexuality is also a reason for under-reporting. The victim fears that he would be charged with being a willing accomplice in the act, or would be shamed for not being able to protect himself, which would hurt the image of his “masculinity”. The response of the families doesn’t help either. In the Indian Journal of Psychiatry, the case study of a minor boy who was raped reports a shocking response from his father: “He is a boy; he neither lost a hymen, nor will get pregnant. He should behave like a man, not a sissy”. In another instance, the father of another boy complained that his son was abused in a school, but the school refused to accept the crime. “If he was a four-year-old girl, raped by two older boys, the school would be afraid of a scandal, but because he is a boy no one cares or accepts the crime”. The police apathy towards lodging rape cases is well known. When the rape victim is a male, the fear of indifference and ridicule of the victim and his family from the police would keep away many from reporting. The victims are thus disadvantaged both at the family and at the institutional levels.

The first step towards solving any problem is to admit and acknowledge that it exists. Many victims suffer in silence. The scars could be deep, as it is usually never discussed, fearing derision from family, friends and society. The silence of the victim emboldens the perpetrator; secure in his perception that his crime would not be reported. It’s high time to break the taboo. It’s the responsibility of the government and society to protect everyone, especially children — be they female, male or third gender.