To put the ideas of the plan into action, many more institutions have to be set up 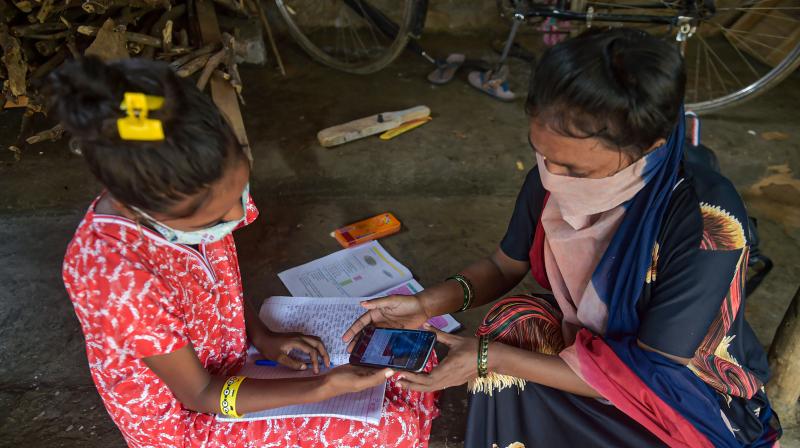 It is useful to remember that the New Education Policy 2020 of the Narendra Modi government is nothing more than a blueprint for the future of education from the pre-school stage to higher research, and it has been couched in bureaucratese, which will delight the mandarins in the corridors of powers, but it will remain a baffling document of plans and planned institutions crystallised in acronyms that will only deter ordinary people from understanding what is being sought to be done.

To put the ideas of the plan into action, many more institutions have to be set up -- from the National Curricular and Pedagogical Framework for Early Childhood Care and Education (NCPFEECE) to a National Mission on Foundational Literacy and Numeracy, a National Curricular Framework for School Education (NCFSE), which is to be developed by National Centre for Educational Research and Training (NCERT), a National Assessment Centre, PARAKH (Performance Assessment, Review, and Analysis of Knowledge for Holistic Development), setting up Gender Inclusion Fund and Special Education Zones, National Professional Standard for Teachers (NPST), State School Standards Authority (SSSA), School Quality Assessment and Accreditation Framework (SQAAF).

A bureaucratic warren is what is in store for twenty-first century school education.

Then comes the substantial part of what the NEP 2020 wants to be the content and mode of teaching in schools.

The idea has been suggested that teaching up till at least Class 5, and preferably up till Class 8 and beyond in the “mother tongue/local language/regional language”.

There will enough quibbling about these categories, and conflicts and confrontations are sure to follow. There is vague talk about “holistic development of learners by equipping them with key 21st century skills”.

There is this curious bit about offering Sanskrit as an optional subject at all levels of school and higher education, which can raise the hackles of liberals as a tacit right-wing Hindutva agenda.

What is to be done with Sanskrit is indeed a problematic question. In nineteenth and early twentieth century school curriculums of grammar schools and public schools in Britain, Latin, with its intimidating grammar, was a nightmare for students.

It is a well-known fact that Winston Churchill, Britain’s legendary wartime Prime Minister now facing protests over his racist biases, dropped out from Harrow, which happens to be Jawaharlal Nehru’s alma mater as well, because he could not handle Latin and therefore could not go to either Cambridge or Oxford universities for his college education.

Somewhere, those pushing for Sanskrit must have sensed that there would be howls of protests all over if Sanskrit was made a compulsory subject. So, the framers of the policy document have sensibly kept it as an optional subject.

The critics will continue to inveigh against it as a sly attempt to further the reactionary agenda of right-wing Hindus.
Culture wars and ideological wars are par for the course in the framing of educational policy, and they need to be fought fairly and vigorously on all sides.

Instead of the sly and half-hearted insertion of Sanskrit as an optional subject at all levels, the framers should have argued in the open about the importance if not the usefulness of Sanskrit, but they would have been hard put to defend that Sanskrit alone represents Indian culture because the liberals would argue, and rightly too, that every language in India, including English, represents and reflects the culture of India because these languages are used by the people of the country.

It would have been better if Sanskrit had been made part of the proposed National Institute of Pali, Persian and Prakrit, along with Arabic, because it too is a classical language of long standing in India.

There is every likelihood that those conservatives who mooted Persian might have confused it with Avesta and Pahlavi, the pre-Islamic forms of Persian! To cover up the tracks of Sanskrit bias, it is stated: “Other classical languages and literatures of India also to be available as options”. And this is followed by the assurance: “No language will be imposed on any student.”

Sanskrit as an optional subject is already being taught in schools, colleges, and universities along with other classical languages like Pali, Prakrit, Persian and Arabic, along with other languages and literatures, including foreign ones.

It is this surreptitious attempt to bring in Sanskrit with the unstated false argument that it is the mother of other Indian languages in the country that gives the Hindu right-wing game away.

The ideas mooted for higher education have been in circulation for at least a decade now. For example, the Prof Yashpal committee had recommended a single authority for higher education, it had suggested the four-year undergraduate course which aligns it with the American system, and the suggestion that foreign universities will be allowed to set up campuses in India have been in the pipeline from the days of the United Progressive Alliance (UPA) government.

The credit system and the multi-disciplinary approach is again part of the American way.

There need not be any quarrel over switching over to the American system from the British, because in any case most Indian students going abroad for higher studies nowadays prefer the American universities.

There is great emphasis in the document about numbers, about quantity more than quality, not that quantity is any less important.

It is a figure that should be tracked because it would be the one that would show whether India is moving towards becoming a developed economy, because the economy is driven by knowledge and technology.

Again, the framers could have avoided the grandstanding by declaring the goal of making India a knowledge superpower.

It seems to have been overlooked that churning out engineers, MBAs and university graduates alone will not turn India into a knowledge superpower, not does it mean anything to have an Indian campus of the Massachusetts Institute of Technology (MIT).

There was talk of cultivating critical thinking from the school level onwards, but that can only happen when the rigidities of blinkered nationalism are thrown out of the window.