Shreya Sen-Handley | Unfriend social media, it is time to get ‘real’

It reduces interaction to likes and emojis, quantity, not quality, with little distinction made between genuine buds and pure acquaintances 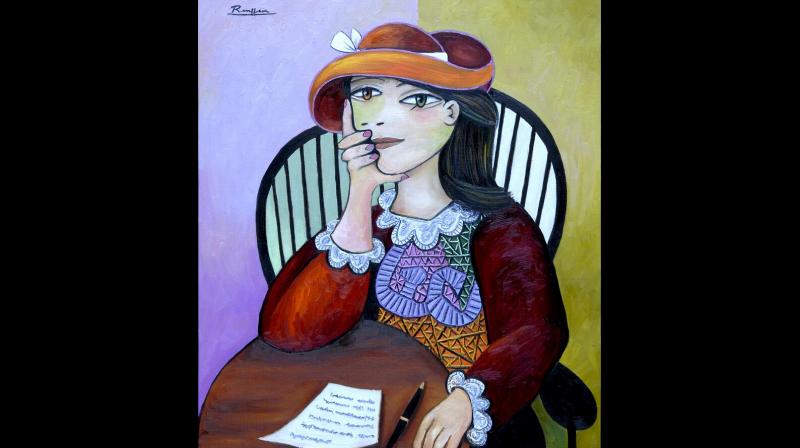 With so much else we should roll back, because it’s not good for the earth or for us — excessive consumption, excessive waste, excessive travel, and more — is it time to dispense with excessive ‘friending’ aka. social media?

I hear your shocked gasps: how misanthropic of her! But what’s social media really done for us? In its early years it promised all manner of marvels: it would resurrect old friendships, reconnect family now that so many of us live far apart, create a brotherhood of man! The vision of virtual closeness it held out was seductive, hinting that it might be even better than the real thing, and we all succumbed.

At first it worked. Like many, I reconnected with long-lost family, rediscovered old friends, and after two babies, with little choice but to work from home (which I now love), it even helped resurrect my stalled career. A boon which asked for nothing in return, we were lulled into forgetting there’s no such thing. If even love and fresh air aren’t really free, social media ain’t gonna be. Examine the strings attached to anything, and you find you’re paying heavily for it all. But right at the beginning, and even now to the blissfully unaware, that cost was concealed.

Today, even those of us who’d like to walk away, find we can’t do it cleanly. Leaving’s hard because the little treats they’ve thrown our way – attention, validation, round-the-clock companionship – are addictive. They’ve also got their hooks into us in other ways. Twitter, for one, stores forever after every tweet you’ve ever emitted. Great for holding powerful people to account, but for everyday folk, the risks of virtual immortality outweigh its charms. If in a more innocent time, for example, you shared with friends on Facebook pictures of your children splashing in a pool, that too now belongs to these big, money-grubbing corporations. Yep, it’s a great platform for self-expression, but at what cost? With our creative outpouring stolen alongside our day-to-day data, Mark, Zhang and Jack sell each of us, piecemeal, down the river. Should we be lining their bloated pockets further?

Plus, this information-filching has global repercussions. Using ‘fun’ personality quizzes as fronts, Cambridge Analytica unethically mined intelligence from social media. Their targets were then flooded with fake news stories designed to push panic buttons, which won for their customers, Donald Trump and the Brexiteers, the US elections and the EU referendum. With disastrous consequences for large swathes of the world. The new Pegasus scandal exposing the Indian government’s illicit surveillance has too been made possible by an irresponsible, unrepentant social media.

It even endangers lives. Of the many conspiracy theories and lies that social media spreads unchecked, the anti-vaccination mumbo-jumbo has been the most dangerous. This month American media reported that not only were Covid-19 infections and deaths skyrocketing again, but that over 97 per cent of hospitalisations and 99.5 per cent of deaths in the US were amongst the unvaccinated. A pattern followed the world over, for which social media can take a large part of the blame.

When black English footballers Rashford, Sancho and Saka missed their penalties in the Euro 2020 final, every troll in England slimed onto these platforms to vilely abuse the players. The relatively quick clampdown on the usual death threats meant that nothing more calamitous happened, but trolling, stalking, and other online hate incidents, can escalate into assault and murder. In upto 50 per cent of British cases, stalkers acted on their death threats, with 15 per cent resulting in deaths. Many of them first contacted, groomed or monitored their victims on social media.

Like most women, I’m the recipient of a steady stream of unsolicited messages. They range from persistent attempts at “fraaansip” to seriously scary sexual and financial demands. One person, not content with harassing me on social media, sent letters to organisations I worked with, beseeching them to coax me into compliance! No sooner had I got past the horror of that situation, another reared its ugly head, taking a toll on my mental and physical health.

Not only has “making the whole world our chums”, as these platforms promised at the outset, turned out to be unsafe, it also makes strangers out of friends. Reducing interaction to likes and emojis, quantity and not quality, with very little distinction made between genuine buds and barely-known acquaintances, it homogenises relationships, taking the pleasure out of them. Discord also springs from nowhere: conflict that wouldn’t have happened but for social media’s cloak-and-dagger, pressure-cooker atmosphere and dehumanising effect. All of which triggers anxiety and stress, and for the young or vulnerable, lasting psychological damage.

So, what should we do? Jump off these platforms, run for our lives. All of us together; it won’t work otherwise. Then, when we‘re far enough away from these stifling virtual walls, write me a letter and I’ll reply. With pithy poems and inky doodles, on recycled notepaper, as if from Gandhi or Tagore (‘cept not as good). With the timelapse between each epistle, there’ll be more to report. But nothing that Mark Z, Jack D or Zhang Y can swindle, leaving ’em a little less rich, and wondering why — why we left them, how they got it so terribly wrong, and if they can atone at all. Let’s write them a Dear John letter. Let’s unfriend social media, and be real friends again — you and I.