Sunanda K. Datta-Ray | India must be watchful as it begins Taliban dialogue

The Sifarat-e-Hind, as the embassy is called, in Shahre Nau, was one of India’s best guarded diplomatic establishments 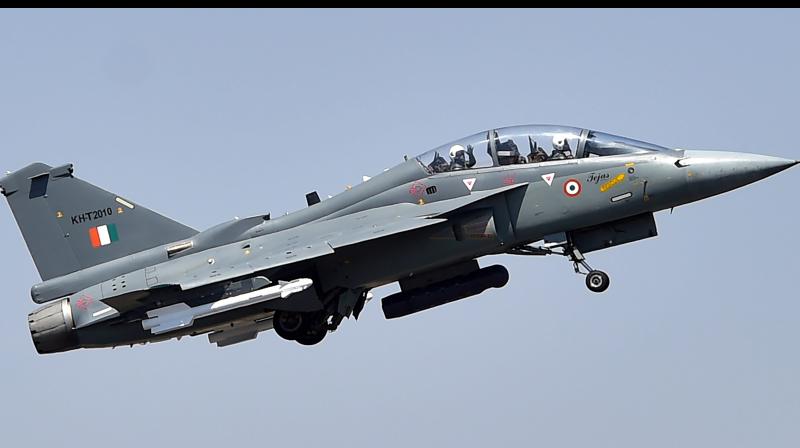 The India-made Tejas MK-1 is now said to be 'the smallest, lightweight, multirole, single-engine tactical fighter aircraft in the world'. (Representational Photo: PTI)

The escalating crisis in Afghanistan is yet another reminder that there’s no such thing as a “natural ally”. It also follows that no country can be branded as a “natural enemy” either. The compelling lesson is that India needs a flexible foreign policy that permits at least cordial working ties with all nations irrespective of ideology.

A good start in that direction was made with Sher Mohammad Abbas Stanekzai, head of the Taliban’s political office in Doha, meeting India’s ambassador to Qatar Deepak Mittal in Doha on Tuesday. This was New Delhi’s first official contact with Kabul’s new rulers. As a former cadet at the Indian Military Academy in Dehra Dun, Mr Stanekzai knows India well. He won his spurs fighting against the Soviet Union first with Mohammad Nabi Mohammadi’s Islamic and National Revolution Movement of Afghanistan, and then with Abdul Rasul Sayyaf’s Islamic Union for the Liberation of Afghanistan when he commanded the southwestern front. His revolutionary credentials were confirmed as deputy foreign minister in the 1996-2001 Taliban regime. Recently, he has led or participated in negotiations with the official Chinese, Uzbek, Indonesian and US delegations.

There are also suggestions that the Taliban’s co-founder, Abdul Ghani Baradar, who signed the February 2020 Doha Agreement on the US withdrawal, might not be averse to some arrangement with India. Mr Baradar returned to Afghanistan on August 17 and held a secret meeting in Kabul just six days later with the head of the Central Intelligence Agency, William J. Burns, to finalise details of the US withdrawal. It is expected at the time of writing that he will soon become President -- or Emir since the Taliban speaks of an “Islamic Emirate” -- of Afghanistan.

People might wonder in the circumstances whether the evacuation (or flight?) of Rudrendra Tandon, India’s ambassador in Kabul, and his entire staff was at all necessary. The Sifarat-e-Hind, as the embassy is called, in Shahre Nau, was one of India’s best guarded diplomatic establishments. But it has acquired a reputation for running away from danger, having done exactly that only a few days before Kabul fell to the Taliban on September 26, 1996.

The late Ahmad Shah Massoud, the Afghan Tajik warlord who was called the “Lion of Panjshir”, who headed the United Islamic and National Front for the Salvation of Afghanistan, Northern Alliance in popular parlance, had warned the embassy only a few hours before the fall that he would no longer be able to defend the city. The diplomats in the Sifarat-e-Hind must have cowered in fright when they heard that Mohammad Najibullah, the former President, nicknamed “the Ox” because of his wrestler’s build, and also dubbed the “Butcher of Kabul” for his record in office, had been dragged out of his UN hideout, beaten and hanged from a lamp post near the imposing stone palace where for six years he had presided over the torture and killing of thousands of fellow Afghans.

It would have been as catastrophic if instead of running away, India’s ambassador had tried to emulate Chanakya on the enemy’s enemy theory and sought to befriend the Islamic State (Khorasan), the Taliban’s deadly enemy, which was responsible for last week’s carnage outside Kabul airport. It might be as calamitous for India to openly support Ahmad Massoud and his armed rebels in mountainous Panjshir, 45 miles north of Kabul, as it was for his father, the Lion of Panjshir, whom Osama bin Laden’s men murdered on December 9, 2001, just two days before 9/11. Even less can India afford to take sides like Donald Trump, who now calls former President Ashraf Ghani a “total crook, murderer, corrupt”, or Pakistan’s PM Imran Khan who applauded the Taliban for breaking Afghanistan’s “shackles of slavery”.

In discussing the new security challenges, India’s top military brass need not waste time on the moral imperative of dealing with an outfit the UN has dubbed a global terrorist group. Yesterday’s terrorist is often tomorrow’s freedom fighter. What matters are the two potential areas of threat to India’s interests.

The first is technological, the second political. A Taliban-run Afghanistan can be expected to provide strategic depth to Pakistan, enjoy cooperative relations with China, Russia, and Iran, and diplomatic ties with Saudi Arabia and the United Arab Emirates.

There is also the danger of Islamist groups like Jaish-e-Mohammed, Lashkar-e-Tayyaba and the Haqqani Network targeting India in an already aggrieved Kashmir which feels especially ill-used by Prime Minister Narendra Modi’s divide-and-rule policy.

What makes all this particularly dangerous is the absence of American forces on the ground because of a retreat which invites comparisons with Dunkirk (1940) and Saigon (1975). By abandoning billions of dollars in military hardware, the US has enabled Taliban fighters to replace their ubiquitous AK-47 Kalashnikovs with sophisticated M-4 and M-16 rifles, fly squadrons of Black Hawk helicopters, operate all-terrain military vehicles, and also enjoy the military grade night vision devices whose export is normally strictly controlled. How strictly India discovered to its cost during 40 years of frustrating and humiliating begging/bargaining over equipment for a Light Combat Aircraft.

Much water has flown down the Ganga and Potomac rivers since then. The India-made Tejas MK-1 is now said to be “the smallest, lightweight, multirole, single-engine tactical fighter aircraft in the world”. India’s achievements in this field not only reduce dependence on the US but also improve its negotiating position with smaller powers. Today’s Taliban is sophisticated enough to appreciate that the $2 billion India has invested since 9/11 in projects like the Salma Dam, the Delaram-Zaranj highway and the Parliament building, which the Taliban says it may use to house an Islamic council, have greatly enriched Afghanistan.

As India begins to engage with the Taliban, it would be only polite for New Delhi to satisfy itself first that Ashraf Ghani’s vice president, Amrullah Saleh, does not head a credible successor state in the north. Old friends like Russia and Iran might willingly act as interlocutors. Unlike India, both countries have kept their embassies functioning in Kabul.

“If we wait too long on events, we could miss out being in the front rank of countries to build a relationship with the Taliban,” warns Krishnan Srinivasan, a former Indian foreign secretary. While a rapprochement with the Taliban is necessary to safeguard India’s long-term interests in the region, it is a relationship that must be pursued with circumspection. As the old saying has it: “He who sups with the devil needs a long spoon.”