N Sathiya Moorthy
The writer is director of the Chennai chapter of the Observer Research Foundation, a leading Indian think tank. Email: sathiyam54@gmail.com. 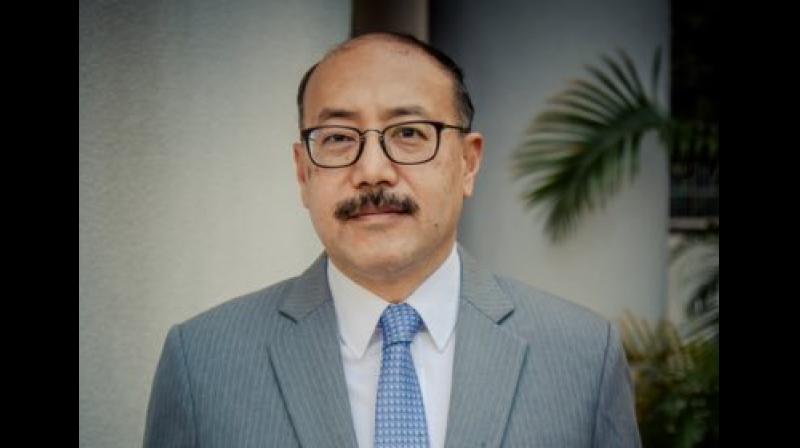 Indian Foreign Secretary Harsh Vardhan Shringla’s weekend visit is the  first by an overseas dignitary to Sri Lanka since President Gotabaya Rajapaksa proclaimed the much-feared and equally-anticipated ‘food and forex emergency’ just over a month earlier. It is a quick follow-up on the bilateral discussions between Foreign Ministers S Jaishankar (India) and G L Peiris (Sri Lanka) on the side-lines of the UNGA session just a week earlier, and the first high-level Indian visit after Basil Rajapaksa, a brother of President Gota, took over the reins of the Finance Ministry from family elder Mahinda Rajapaksa, who remains Prime Minister.

The continuing Rajapaksa regime in Colombo could be blamed for some of the fiscal and economic decisions that have made the forex crisis bigger than already, but much of it is inherited from the past.
Reviving the economy would require conceptual and structural changes, through a consensus process, which only the Rajapaksas at the helm can even dream of. Yet, learning from their own recent experience, they need to time it right.

In Sri Lanka, Secretary Shringla’s discussions cannot leave out the current crises faced by the southern neighbour, the closest for each other in the ‘security-polluted’ Indian Ocean waters. The food crisis apart, a Sri Lankan minister had quipped not very long ago that the nation did not have forex reserves to pay for petroleum imports beyond December.

Through years and decades, India has proved to Sri Lanka and all its other neighbours that it was more trustworthy than any extra-regional power, over the long-term.  They may not get what all they want from India, which like a typical South Asian family elder, always worries about their ability to live a life that is not theirs.

But India has never ever short-changed its neighbours, tempting their short-term aspirations with high-cost goodies, to pay for which they have only territory and sovereignty. Independent of the nation involved – China in this case – Hambantota is a prime example, followed by the Colombo Port City (CPC), of contemporary Sri Lankan aspirations for growth hitting the roof and then falling down.

If Sri Lanka’s idea was to grow the Singapore / Dubai way over a short period, it should have stuck to their international financial and banking models. Hamabantota-like projects should have waited until they had earned enough to pay for. Debtors make poor judges of financial matters and that is what has happened to Sri Lanka, too.

That is because no other investor-nation would want to be involved in a China-funded, China-centric project, given the nation’s low credibility in the international market place and also global perceptions of the nation’s ‘intellectual integrity’, as the ‘Huawei-like experience’ suggests.

New Delhi’s security-centric concerns relating to the long-term adversary entails that it does not want neighbours’ territory being used to eavesdrop on India.

It looks as if successive governments in Colombo have failed to understand this truth. They have treated them all as ‘zero sum’ games, and this is what Sri Lanka now needs to review for stabilising and strengthening bilateral ties with India, and granting certain permanency to the same. For two neighbours, whom Mahinda Rajapaksa as President once described as ‘sister nations’, that is what has been lacking, all because Sri Lanka has been looking at friends from ‘outside’ even more – sister-adversarial America during the Cold War and China, since.

From an Indian perspective, China, now can wait. But Sri Lanka and Sri Lankans, starting with the nation’s economy, centred mainly on forex earnings of every kind, cannot. Unacknowledged, the current economic crisis, coming in the wake of the twin disasters of post-war ‘Easter blasts’ and the global COVID-19 pandemic, has put greater pressure on the incumbent Colombo government to do more, and be seen as doing so, to ensure enduring peace. India has an inalienable stake in the form of the 13th Amendment.

Yet, an ethnic solution is easier said than done, unlike the western movers at the UNHRC seem to believe. It requires two hands to clap. It is not that the Sri Lankan State and the divided Sinhala polity is ready for it, but the way the Tamil polity is getting divided by the hour, there may not be anyone for the other side to talk to, if and when the latter gets ready.

If someone thought that it was India’s job to bring the ever-fighting Tamil polity together, they are mistaken. If any or all of Tamil polity thinks that they could ditch India, as always, and go the West’s way, as with the UNHRC resolutions, post-war, again they have got it wrong. The West has its agenda, centred on China, and much different from India, with its inherent concerns for the welfare of Sri Lanka and Sri Lankans, the Tamils included.

Clearly, the Shringla visit is going to focus on pending bilateral issues and uninaugurated projects undertaken with Indian funding. It will spend equal, if not more time, on how New Delhi can help Colombo tide over the food and forex crises. New Delhi might give a patient ear to what the crisis-ridden nation has to say on their expectations from the larger northern neighbour, lest anti-India peripheral groups in Sri Lanka should continue to sing their old tune that the ‘regional hegemon’ was making hay even when the sun was not shining on the pearl-drop of their island-nation, which to some has resembled a tear-drop, instead, all along.

Yet, the thought would not leave that for a nation with a bumper stock of food grains, India may consider long-term credit-sale of the same to the southern neighbour. Such a move could help Sri Lanka tide over at least a part of its twin-crises on food and forex fronts, at least over the short and medium terms.

The fact remains that given the unviable size of Sri Lanka’s economy, integrating all South Asian economies, or at least doing it through the Indian medium, bilaterally, is the only way out, through the medium and longterms. If thoughts about the wantonly aborted upgrading of the 1998 bilateral FTA into CEPA/ETCA crosses the mind, it is also where the future lies for Sri Lanka – though for a less ambitious growth-path than what high-cost Hambantota, expressways and now CPC promised, but could not deliver!