Opinion   Columnists  01 Nov 2017  The boy and the country
Opinion, Columnists

The boy and the country

As for Sir Syed and Claude Martin, they represented colonialism’s positive moments but only in the interest of colonialism. 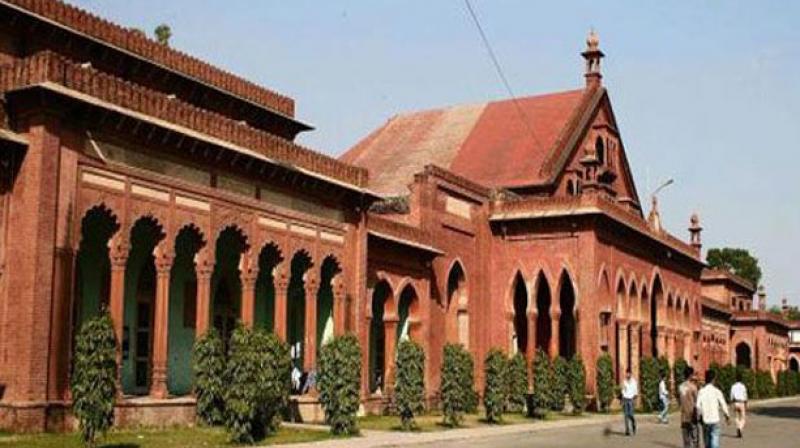 We can take the boy out of the country. The challenge is to take the country out of the boy. Through all the decades since school and college, I have lived with a silent difference of opinion with classmates who thought much of the institutions where we studied. La Martinière College in Lucknow was built by Claude Martin and Aligarh Muslim University was set up by Sir Syed Ahmed Khan. I trusted neither, but I was lucky to have great teachers on both occasions.

The reason for my aloofness was my early unease with the fact that that I was in Hodson House in La Martinière College, Lucknow. The house was named after an unspeakably callous British captain who had gouged out the eyes of the grandchildren of India’s last Mughal emperor and murdered them at Delhi’s Khooni Darwaza (bloody gate) now located near the Indian Express office. There was a Cornwallis House named after the man who was thrashed in the battle of Yorktown by the Americans. His British godfathers, however, elevated him as governor general of India.

My school’s founder Claude Martin had built the cannon that Lord Cornwallis used to slay Tipu Sultan with, not without the help of Maratha troops and soldiers of the nizam. This aspect of Maratha valour is seldom discussed in school books, how they helped the British and the nizam take down Tipu.

Martin was himself a French mercenary who defected to the British side after Clive overwhelmed Dupleix in southern India, not militarily, but by a diplomatic subterfuge in Europe whereby the British and the French joined hands in a treaty to redistribute the spoils of colonialism.

It was the 200th birth anniversary of Sir Syed Ahmed Khan on Oct 17 and there were the familiar eulogies at seminars and symposiums. Some Indians or Pakistanis like him, a few adulate him, and most ignore him. Partly, Allama Iqbal’s towering presence as a liberating Muslim icon crowds out the older Sir Syed.

There are good reasons to have a higher regard for Raja Ram Mohan Roy who Sir Syed emulated in some ways. Roy initiated social reforms within his Hindu community, working to ban sati and inspiring the next generations to work against regressive practices.

I am grateful to Sir Syed for setting up the Aligarh University where I got to study history with Irfan Habib and Shakespeare with Zahida Zaidi. Habib had the hard task of fighting Hindu and Muslim communalists who stalked the campus or preyed on it from outside. Habib, a Marxist and Zahida Zaidi, a left-leaning liberal, would perhaps have more in common with Majaaz, Sardar Jafri or Jazbi who were students at Aligarh before them. I can’t see either of the two respected teachers being influenced by any significant aspect of Sir Syed’s pursuits, be they religious or societal.

Masood Alam Falahi has worked closely on the Urdu sources of the period to throw light on Sir Syed’s worldview. In an address to the second convention of the Muhammadan Educational Conference in Lucknow in 1887, Syed Ahmad claimed that “lowly [adna] families” were “not useful [mufid] for the country or for the government”. In contrast, the “nobles (ra’is) of high-status [’ala] families” were loyal to the British and so “are useful to the country and the government”.

He referred to “Pathans, Syeds, Hashmis and Quraishis” as his “own brothers [hamarey bhai]”, “from whose blood ... the smell of the blood of Abraham emanates”. He shared their hope that they would be employed in top posts in the British Army. He assured them that this would happen soon, but for this, he added, they would have to win the favour of the British.

Sir Syed was not unique in his avowed casteism but merely following a tradition of elitist Hindu-Muslim bonhomie to the exclusion of Hindu-Muslim hoi polloi. In this sense, Begum Hazrat Mahal, the valiant warrior of 1857, may have set the example for Sir Syed’s prejudices though he disagreed with her role in fighting the British.

“Everyone follows his own religion [in my domain],” Hazrat Mahal wrote in a pamphlet she circulated from exile. “Everyone enjoys respect according to their worth and status. Men of high extraction, be they Syed, Sheikh, Mughal or Pathan among the Mohammedans, or Brahmin, Kshatriya, Vaish or Kayasth among the Hindus, all these retain the respectability according to their respective ranks. And all persons of a lower order such as a sweeper, chamar, dhanook, or pasi can’t claim equality.”

I am not surprised that Begum Hazrat Mahal lost the battle against British colonialism. As for Sir Syed and Claude Martin, they represented colonialism’s positive moments but only in the interest of colonialism. There is much for the boy to learn still.

By arrangement with the Dawn