The Latin quotation from Horace translates as: It is a sweet and honourable thing to die for one’s country. 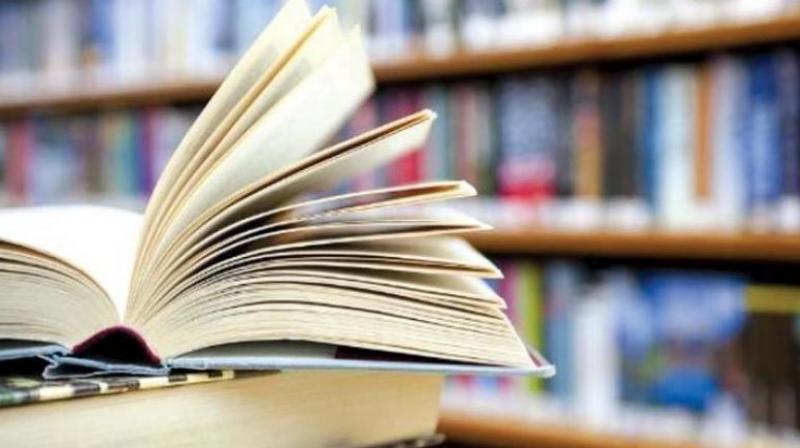 It opens with a question that, sadly, has echoed down the ages with its potency intact: “What passing bells for these who die as cattle?”

The poet answers it in the next line with another phrase that deplorably has stood the test of time, reflected most recently in last Saturday’s horrific massacre at a synagogue in Pittsburgh, and more generally at the now routine violence on the barrier between Gaza and Israel: “Only the monstrous anger of the guns.”

For good measure, in the following line he brings into play the interplay of alliteration and onomatopoeia that distinguishes much of his verse with “the stuttering rifles’ rapid rattle”. These verses were composed in the thick of the First World War, when machine guns were something of a novelty, alongside chemical and aerial warfare. The poem’s title, Anthem for Doomed Youth, offers us another resonant expression.

The poet was Wilfred Owen, whom I first encountered in high school back in the mid-1970s, in the final section of a wide-ranging anthology of English poetry titled A Choice of Poets.

During our final two years at Lahore’s Cathedral School, my classmates and I had the unusual privilege of being tutored in English literature by one of the best Pakistani minds available in the sphere, a professor who admirably adjusted himself to teaching frequently inattentive 15- and 16-year-olds after losing his job for ideological reasons at a higher education institution.

Eric Cyprian breathed fresh life into our course work, which ranged from Shakespeare to Arthur Miller, and he took particular pleasure in poetry, imparting his knowledge about its context and technique in ways that lodged themselves in the memory, leavened with a subtle sense of humour. I have little doubt that his manner of declamation and passion for contextualisation helped to sear Owen’s verse into the memory cells.

But it was also the evocative power of the words, not least in Dulce et Decorum Est, in which the poet recalls a gas attack, focusing on a comrade who fails to fit “the clumsy helmet just in time”. He goes on to say: “If in some smothering dreams you too could pace/ Behind the wagon that we flung him in,/ And watch the white eyes writhing in his face,/ His hanging face, like a devil’s sick of sin;/ If you could hear, at every jolt, the blood/ Come gargling from his froth corrupted lungs …/ My friend, you would not tell with such high zest/ To children ardent for some desperate glory,/ The old Lie: Dulce et decorum est/ Pro patria mori.”

The Latin quotation from Horace translates as: It is a sweet and honourable thing to die for one’s country. Substitute “religion” for “country”, it’s essentially what feeds into the “martyrdom” mentality among brainwashed jihadis, although it applies equally to state-sponsored combatants.

In Futility, a title that scholars say influenced the overall subsequent perception of the war, Owen lays out a solitary fellow soldier’s corpse and, reflecting more broadly on the inhumanity of humankind, wonders: “O what made the fatuous sunbeams toil/ To break earth’s sleep at all?” And amid the memorable half-rhymes of Strange Meeting, he imagines himself descending into the depths of hell and encountering the “enemy” he had slain the previous day, who turns out to be a fellow poet whose abiding wish it was to convey to fellow human beings “The pity of war, the pity war distilled”.

On Armistice Day, November 11, 1918, Owen’s family received the dreaded telegram informing them that Wilfred, a decorated second lieutenant in the British Army, had been killed a week earlier while leading the men under his command across a canal in France. That was precisely 100 years ago next Sunday. Owen was 25 years old — a year short of the life span of his favourite poet, John Keats.

Owen was an aspiring poet when he joined the Army, but it wasn’t until he was recuperating from “shell shock” at Craiglockhart, a mental health facility near Edinburgh in 1917 that he decided to share in verse his deepest feelings, following an encounter there with Siegfried Sassoon, a marginally older fellow soldier-poet who had been sidelined because of his increasingly trenchant anti-war opinions.

His emotions — some recollected in tranquillity — thenceforth poured out of Owen, only four or five of whose poems were published in his lifetime. In fact, his verses entered the national lexicon only when the composer Benjamin Britten incorporated them in his War Requiem in the early 1960s, and they subsequently entered the British school curriculum.

Two years after his death, though, the Bengali poet, sage and Nobel laureate Rabindranath Tagore received a letter from a

Mrs Susan Owen describing how her son had quoted the Indian writer on his final parting with his family in 1918, with the words: “What my eyes have seen, what my life received, are unsurpassable.”