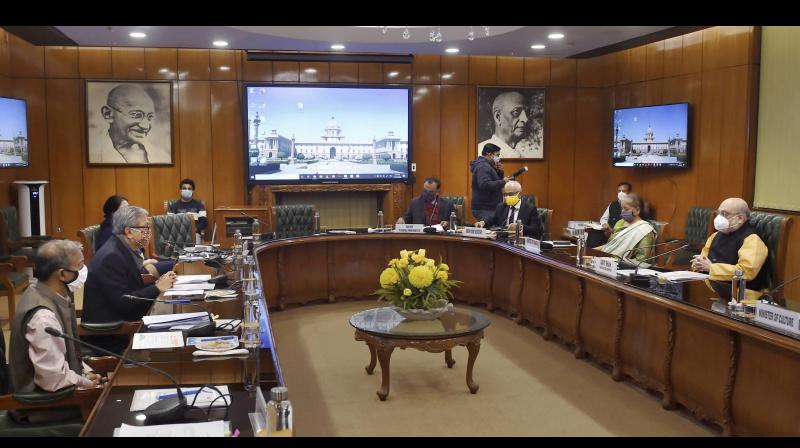 India’s economy had contracted for another three months, we were told late last week. Meaning that, as a nation, we produced less in goods and services than we did in the same period last year. Meaning also that Indian families in the numbers of lakhs and perhaps crores got pulled into poverty. India’s economy has contracted for six months since Prime Minister Narendra Modi called for the harshest lockdown in the world. This has brought the nation into what economists call a recession, whose definition is two straight quarters of de-growth.

We know we are in a recession because of the media.

The Prime Minister has not tweeted out the numbers his government has put out. The finance minister has not done so either. The Niti Aayog’s head says he was “pleasantly surprised” that the numbers were not worse that had been expected. The chief economic adviser professes “cautious optimism” about the data. He had previously predicted growth in the two quarter from April to September. It turned out that instead of growth we had a contraction of 23.9 per cent. He describes himself as interested in “deep thinking and research”. In the economic survey, he used Wikipedia as a source. News about the third quarter is not good. Bank credit is lower in the current period than it was in the one when the economy contracted. The core sectors (steel, cement, electricity, coal, oil, refining and fertilisers) shrunk in October. If you do not know this, it might be because the Prime Minister and the finance minister have not tweeted about it. If they ignore something, then it doesn’t exist.

The data is all from the corporate sector. We have no idea what is happening to the unorganised and small sectors where most Indians are employed. The weak and the poor cannot “work from home”. They must toil every day to eat. We do know that the lockdown, like the earlier demonetisation, like GST, has taken work away from the small and the poor and given it to the corporate sector. The stock market is at a historic high for this reason.

Elsewhere, the capital of our nation is facing farmers’ protests. They want the government to take back the laws that will gut procurement and affect their livelihood. The government’s agents have said the protesters are anti-national and separatists. The standard line that is used for anyone — academics, minorities, farmers, dissident industrialists — who points out that what the government is doing is wrong. It is like children and name-calling. That is the level of maturity in our national debate.
On the Ladakh front, China has refused to go back from the spaces they have occupied on our border and the Indian Army has to spend the winter in spaces that have not been prepared for such an eventuality. Our jawans were issued sleeping bags that have been previously found to be “unfit for use in glacier and super higher altitude areas”. But they must make do because the political establishment has decided it does not want to deal with the problem. The Prime Minister tweeted that he had an “excellent discussion with my friend Boris Johnson”, the British Prime Minister, about climate change and other matters. He has not found the time to have a discussion with his friend Xi Jinping about his Army going back from our borders. Again, if you don’t talk about the problem, it doesn’t exist.

His right hand man, the home minister of India, has said that the implementation of his pet project, the Citizenship Amendment Act, has been postponed for now. He says this is because of Covid-19 and he will only implement the CAA after the pandemic ends. Why Covid-19 should affect India’s giving citizenship to those non-Muslims who came to India illegally before December 2014 is not known. No other law has been paused because of it. But after an aggressive campaign against those he called “termites”, Amit Shah is now hesitant to take India down the road of religious discrimination. It might help to understand why by looking at what our ambassador in the United States is up to.

He has spent the last two weeks sweet talking those American leaders who had previously condemned India’s actions on the CAA, the National Register of Citizens and on Kashmir. He has been tweeting out the details of the meetings without saying why India was now engaging with those who did not like the actions of the Narendra Modi government. The reason of course is that Mr Modi’s friend Donald Trump has been defeated in the presidential election and a Democrat will become America’s new President in two months’ time. The Democratic Party has been very vocal about its concern that India is heading in the wrong direction under Mr Modi and is damaging itself by indulging in overt majoritarianism and harassing and bullying its own minorities. We will see what the effect of India’s outreach to the Democrats is soon enough.

Meanwhile, there has been no let-up in the conduct of the ruling party. In Uttar Pradesh, Madhya Pradesh and elsewhere, laws have been passed that will jail Muslim men for 10 years if they marry Hindu women. In Hyderabad, the BJP has said in the campaign for the local elections that a vote for Muslims is a vote against India. Ten years ago, this would have produced outrage, but today it is normal and is accepted because it has become normalised.

This is what is going on in our country today. It is hard to see any of it without a sense of dread and fear for what is happening and what may lie ahead.