He replaces Ashok Lavasa, who is leaving to join the Asian Development Bank as vice-president 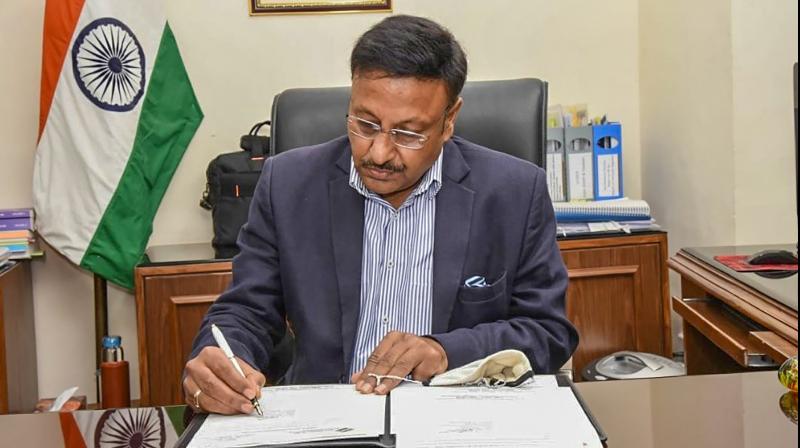 The importance of this announcement lies in the fact that Rajiv Kumar will likely be CEC during the next general elections in 2024! The current CEC Sunil Arora’s tenure will end in April next year, following which Sushil Chandra will replace him as the next CEC. Chandra’s term will end in May 2022, paving the way for Rajiv Kumar.

Rajiv Kumar has more than 30 years experience in public policy and administration in several sectors. He was appointed finance secretary in July last year and his stint ended earlier this year in February. He is known to have worked on many key aspects of Prime Minister Narendra Modi’s plan of financial inclusion through such flagship policies as Pradhan Mantri Jan Dhan Yojana and Mudra loan scheme, among others.

It’s hard to keep a whistleblower and internationally lauded babu down. The Central Administrative Tribunal (CAT) has issued notices to the Union Public Service Commission (UPSC) and the Uttarakhand government alleging that the scheme for lateral entry into bureaucracy is flawed and biased.

The notices follow an application by Indian Forest Service officer Sanjiv Chaturvedi seeking quashing of the 360-degree appraisal system and restraining the Centre from filling up joint secretary-level posts through the “contract system”.

Sources say that the case dates to 2017 when the Modi sarkar initiated the process for lateral entry into bureaucracy on a contract basis. Following this, the Centre appointed nine professionals, including actor Manoj Bajpai’s brother Sujit Kumar Bajpai, from the private sector as joint secretaries in the central government in 2019.

Stating that the present system of recruitment of joint secretary level post through contract system is completely arbitrary and irrational, Chaturvedi said that the documents obtained under RTI Act, prima facie reveal certain serious irregularities, which needs to be investigated objectively by an appropriate agency.

Some babus do retire but not for long

Retired senior babus rarely fade away into the sunset, they line up for other plum jobs in the government. In Himachal Pradesh, according to sources, several retired bureaucrats are among those who have applied for the post of chairman and member in the HP Private Educational Institutions Regulatory Authority.

They include ex-IAS, IPS and IFS officers. These posts have fallen vacant following the completion of the tenure of K.K. Katoch as chairman and S.P. Katyal as member.

Further, now that the state government is setting up the state food commission, which will be notified soon, several retired bureaucrats are reportedly already lined up to get a posting here.

Similarly, many senior IAS and IPS officers, including retired chief secretaries and DGP-rank officers, have applied for the post of member in the Information Commission. Intense lobbying is reportedly underway, which underlines how the babu-neta nexus works in the country, whether at the Centre or in the states. Watch this space for updates.