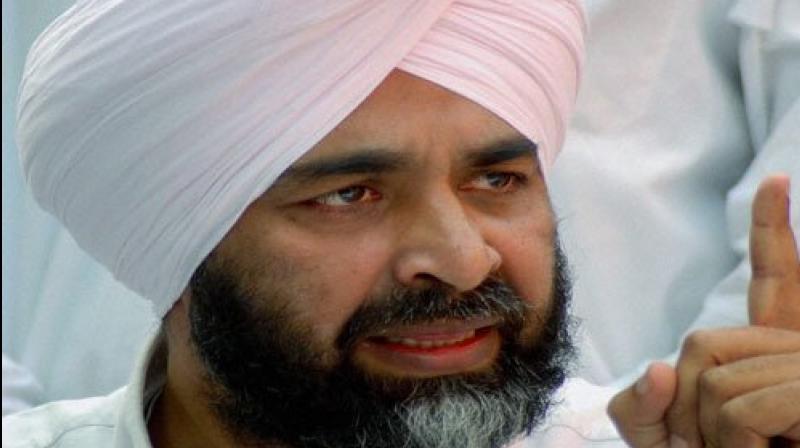 Contrary to the impression given by former Punjab Congress president Navjot Singh Sidhu that Charanjit Singh Channi was his choice for the chief minister’s post, it was actually state finance minister Manpreet Badal who proposed his name. By now it is well-known that Mr Sidhu wanted the chief minister’s post for himself. It was for this reason that he objected to Sukhjinder Singh Randhawa’s candidature on the plea that it would send out a wrong signal if both top posts in the party and the government are held by Jat Sikhs. It was during the course of these discussions when Mr Sidhu stepped out of the meeting, that Mr Badal proposed Mr Channi for the top job. It was argued that not only is Mr Channi a Sikh but also a dalit and that his appointment would help the Congress consolidate the Scheduled Caste vote in next year’s Assembly polls. Mr Sidhu was not happy with this decision but could not veto this choice or else he have been dubbed as anti-dalit. But this rankled Mr Sidhu. However, he saw red when Mr Channi chose to consult Mr Badal on official appointments and other policy matters on taking over as chief minister. This proved to be the last straw which drove Mr Sidhu to send in his resignation. He, therefore, made it clear that he will return as state party chief on the condition that Mr Channi consults him on important issues.

It is now clear that poll strategist Prashant Kishor’s dalliance with the Congress is in the past. A few months ago there was a serious discussion in the Congress about inducting Mr Kishor but the leadership could not arrive at any firm decision. Meanwhile, Mr Kishor has gone back to assisting West Bengal chief minister Mamata Banerjee who is working on expanding the footprint of the Trinamul Congress to other states, beginning with Tripura and Goa. At the same time, Mr Kishor has his eye on the 2024 Lok Sabha election. He is working at bringing together 500-odd former civil servants, academics, writers and activists on a common platform to come up with an ideological counter to the BJP’s Hindu nationalist agenda and also flag issues which should be prioritised by the Opposition camp in the run-up to the general election. The fledgling group gathered under the banner “India Deserves Better” for initial deliberations last month.

Kailash Vijayvargiya, BJP national general secretary, who also looks after West Bengal affairs was among those who was stationed in Kolkata to oversee the highly personalised campaign against Trinamul Congress chief Mamata Banerjee in the Assembly polls earlier this year. The prolonged election campaign witnessed a lot of drama and clashes between the two political opponents. But Mr Vijayvargiya has not been seen in West Bengal ever since the BJP lost out to the Trinamul Congress. The BJP leader is apparently staying away from Kolkata because he was told the Mamata Banerjee government has filed a number of cases against him and there is a possibility he would be arrested if he enters the state. As a result, Mr Vijayvargiya has been conducting online meetings with the party office bearers.

By-elections to one Lok Sabha and three Assembly seats are to be held in Madhya Pradesh on October 30. The polls are still a month away but chief minister Shivraj Singh Chouhan has already got into election mode. He has started touring the state and has visited the poll-bound constituencies with more such visits to follow. On the other hand, the Congress party’s poll plans have made little headway. Kamal Nath, president of the Madhya Pradesh Congress unit, has been busy helping the party leadership in Delhi to resolve the Punjab crisis. In fact Mr Nath, who suffers from acute asthma, was supposed to fly to the US for treatment but had to call off his trip as he was roped in to placate former Punjab chief minister Amarinder Singh.

After lying low for several months now, former ministers Renuka Chowdhury of the Congress and the BJP’s Uma Bharti have become more vocal and visible on social media, leading to speculation that they are pushing for their rehabilitation in the party. Though Renuka Chowdhury was among the 23 Congress leaders who wrote to Sonia Gandhi last year seeking an organisational overhaul, she has not been active like her other colleagues. Instead, she has been retweeting the party’s tweets on Rahul Gandhi’s various public appearances and even lashed out at a television anchor for insulting the former Congress president. There is talk that she is eyeing a post in the party organization as the Telangana state unit is expected to be revamped soon. Similarly, Uma Bharti has been in virtual self-exile after she decided to sit out the 2019 Lok Sabha election. She has been full of praise for Prime Minister Narendra Modi on Twitter and also made a strong case for giving greater representation to Dalits and backward classes in the party and government. Incidentally, Uma Bharti is a Lodh, classified as a backward caste.