With the lockdown, everything changed. This cosy circuit took no time to disintegrate 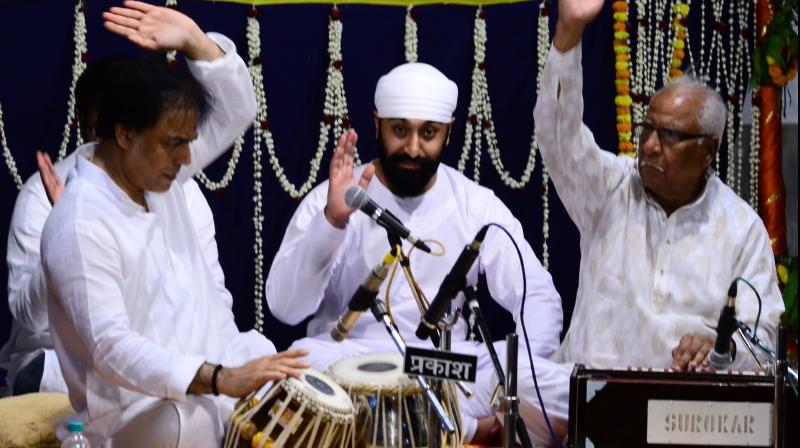 Up until March 15, 2020, I heard live classical music three times a week. During the concert season (September-March), as a Delhi’ite, I travelled monthly to two, sometimes three, different destinations, for the same purpose.

The concerts in Delhi were fun; it didn’t really matter all that much who the artiste was; it was the pleasure of getting ready to go, packing a thermos of water (plastic bottles squeak when opened in hushed auditoriums) or tea if it was really cold, as the throat tends to get dry after two hours. At the concert, one met lots of like-minded friends; we exchanged notes on the music, frequently met the performers after the concert even if the performance was not up to our expectations, and there was always the option of sneaking out with a friend and enjoying a bite somewhere nearby!

The outstation concerts were even more exciting — the travel, the new city, the unknown audience, the noting of how reactions to the music differed from one city to the next. Curiously enough, the artiste lineup remained more or less identical. The same 15-20 performers were called to all festivals, whether the organiser was the state government or a private entity. Somehow, even that didn’t faze us. What dismayed us, even though we would not admit it, however, was the sneaking realisation that the repertoire of the performers also did not change. Many rendered the same raga and even the same compositions in each concert of every city. The only aspect that varied was their attire. Photos shared by fans on social media clearly carried more weight than listeners’ expectations!
With the lockdown, everything changed. This cosy circuit took no time to disintegrate. Artistes began to put out their work impromptu on the social media as much to reassure their fans that they still existed as to “keep their hand in”, so to speak. One’s evenings, nay, mornings even, were now packed with rich and free fare.

With the passing months manifesting the pandemic’s unforeseen repercussions, many artistes began to realise that the outside world could manage quite well without them. One heard of phone calls not being returned by would-be patrons of artiste friends. So the musical offerings became bolder, more innovative, collaborative — it seemed that there was nothing that would not be attempted!
Classical vocalists jammed with Bollywood icons; percussionists across the world played together, dancers of different genres met up online and jived — the virtual world was bewildering in terms of its range of opportunities! One also heard the most amazing performers whose names had been unknown. Sitarist Purbayan Chatterji called it “the democratisation of the classical music world”.

Slowly, one began to yearn for the familiar, realising that since music was online anyway why not return to the old masters? Luckily, giant archivists of music entered the fray. Almost overnight, Prasar Bharati built up a massive following — of over half a million listeners — on Youtube, their recordings of Sitara Devi, U. Srinivas, Asad Ali Khan and so on proving invaluable. The Sangeet Natak Akademi, too, kept up initially before succumbing to the temptation of live concerts and gigs. But private collectors like Diwan Singh of Delhi were a real boon — whenever one wanted to research the rendering of a particular raga or composition by musicians trained in different schools, one could access his collection updated almost daily. There were others, too, and their online subscribers, who numbered hundreds, were in lakhs in the course of one year! Saptak, the Ahmedabad-based music organiser put out its extensive collection curated over 40 years, creating educative podcasts.

It was not only the music of the giants of the past that became freely available. Recordings of recent concerts were also accessible, sometimes free of cost. These included Bazm e-Khas, Raju Asokan, Bengal Foundation, Dhaka, and HCL. One had to shell out a few to visit Darbar, Shaale, Udupa Foundation and Banyan Tree but did not have to take pains to travel in the pandemic. Weekend concerts — live or recorded — soon became the norm. Even overseas organisations like CICHM, Boston, and Cadence Entertainment, Philadelphia, joined Indian patrons like Pune-based Swara Zanskar, Kanebua Pratishthan, Kolkata’s Shanti Foundation and Fifth Note, amongst others.

Many artistes started their own YouTube channels, paid or otherwise. It was an exciting time — browsing online and suddenly discovering a rare gem, eagerly downloading it and waiting for the free time to hear it with undivided attention.
With days turning to weeks and months, this fare has started to pall. When one could hear heretofore-unheard recordings of Vilayat Khan in his heyday, why settle for a live online concert of one of his disciples? Why Anand Bhate when Bhimsen Joshi was available? Come to speak of it, a magnificent Kedara recorded by the doyen at Baroda Palace has been re-heard 100 times or more by this writer. This comparison never came up earlier.

The “live” experience had been incomparable, with its shared vibe, the sudden locking of eyes with the performer, the bearing of witness to how an expert sarangi accompanist switched the singer’s music into a different direction, watching the satisfaction of others in the audience spontaneously applauding at the same time you have!

With physical concerts slowly returning, another issue has arisen — when online, you can choose when you hear, how much you hear. At a recent concert, I found myself wishing that I could fast forward! When online, if the raga was not my favourite, I would have simply clicked next.

But then I saw the supporting vocalist disciple essaying a difficult “murki” and looking anxiously at her guru for acknowledgement. At that moment, I realised that this magical interaction can only be savoured in person.