The Bangladesh election was a sour note at the end of what has generally been a dismal year. 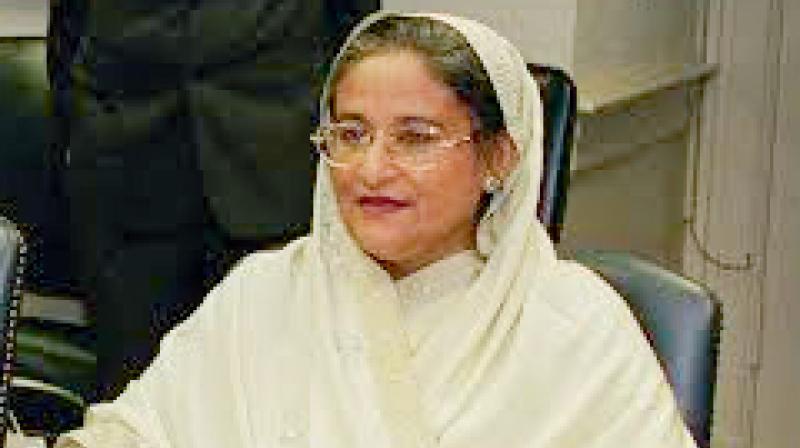 BACK in December 1970, in Pakistan’s first elections based on universal adult franchise, the Awami League under Sheikh Mujibur Rahman swept the board in what was then East Pakistan, obtaining almost every seat. Alongside its allies, it appears to have repeated the feat 48 years later.

There is a significant difference, though. In 1970, no one seriously doubted the veracity of the result, whereas the outcome of last Sunday’s vote has been described as a farce. And there is a degree of irony in the fact that the most prominent complainant, the figurehead of the Jatiya Oikya Front Opposition alliance, is the man who represented the Awami League in the negotiations for the transfer of power in the final months of a united Pakistan.

The military regime of the day in Islamabad chose to disrespect the popular verdict, and Kamal Hossain was incarcerated alongside Mujib in Haripur jail. Once the war had been fought and won, he became the law minister and the architect of Bangladesh’s constitution, subsequently serving as foreign minister. After some years of self-exile following Mujib’s assassination, Hossain was instrumental in arranging for Sheikh Hasina Wajed’s return from exile in India.

The two of them fell out in the 1990s. Hossain formed his own party alongside his legal practice, and currently heads an alliance that includes the Bangladesh Nationalist Party of Hasina’s primary rival, Khaleda Zia, who was imprisoned almost a year ago on corruption charges. The Awami League’s relative successes on the economic front, meanwhile, have been sullied by the repressive tendencies that extend well beyond the targeting of violent Islamists. When the widely admired photographer Shahidul Alam was arrested last year, apparently for mildly criticising the PM, Hossain represented him in court. The octogenarian did not personally stand for election last month, but as an internationally respected éminence grise, Hossain’s blistering critique of the electoral process carries weight. There is little prospect, though, of a rerun, and Sheikh Hasina seems likely to maintain her present trajectory in the face of a generally cowed populace, unless turmoil on the streets persuades her otherwise. The Bangladesh election was a sour note at the end of what has generally been a dismal year. The irresponsible and unnecessary government shutdown over the Christmas period in the United States may be at least temporarily resolved when the newly-elected House of Representatives meets this week, but it presages heightened conflict between two of the nation’s most powerful institutions. The idea of a successful presidential impeachment is far-fetched, but there is a small chance that the conclusions of Robert Mueller’s investigation, when (and if) they are made public, could render untenable the White House incumbent’s depressingly entertaining tenure. US President Donald Trump will, no doubt, resist any such possibility with every sinew in his flabby being. It has been calculated that in the past year he averaged 15 falsehoods a day, breaking his own record. He may well trump that, so to speak, in the months ahead. His schedule reportedly includes a visit to Britain in May, but by then his putative host, Theresa May, may not still be in power. Her first D-Day looms by mid-January, with a much-delayed vote in the House of Commons on her Brexit deal with the European Union (EU). All manner of nightmare scenarios have been conjured up, suggesting the only alternative to the unsatisfactory arrangement she negotiated is a no-deal crash-out on March 29. But Brexit can also be postponed, and that may emerge as the least unattractive option.