2020 had one last blow to deliver. Partly responsible was the super-super spreader mutation of Covid-19 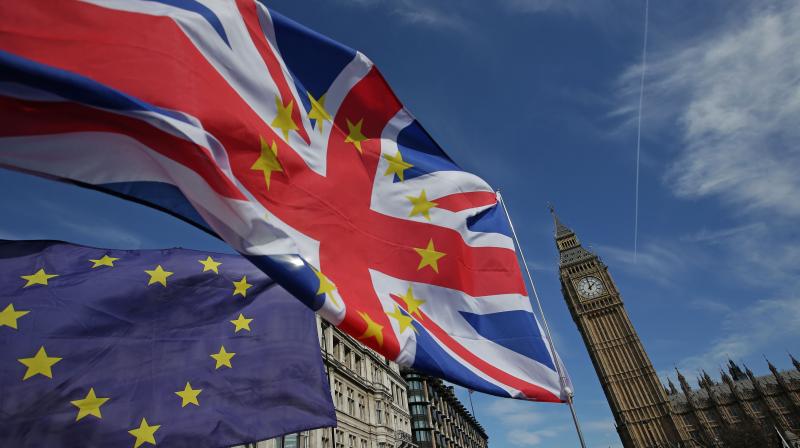 It was a long complicated Bill but after four-and-a-half years of bickering and three Prime Ministers, Parliament approved the Bill by 11 pm. Then the Queen, as Head of State, signed it near midnight and the UK had legally approved of Brexit (Representational Image: AFP)

It was meant to be a Happy New Year — and what could be better? UK was the first to begin the vaccination programme with Pfizer and it seemed amazingly well organised, while the rest of Europe was still struggling to get their act and shots together. Added to that was the cherry with which the Prime Minister Boris Johnson had won the election: he delivered Brexit (almost) at the stroke of the midnight hour.

But 2020 had one last blow to deliver. Partly responsible was the super-super spreader mutation of Covid-19, some of it homegrown, and some of it arriving from South Africa. This is what happens when the UK is home to different nationalities and ethnicities: the only drawback is that during a pandemic you cannot isolate one from the other. Suddenly the government found itself in a mess all over again. And now, far from being well-stocked — it seems we don’t have enough vaccines to go around. And then someone had the bright idea of only giving one shot of the Pfizer vaccine when the recommended dose for protection is really two shots. This kind of experimentation at this stage has made doctors who had committed a second dose to their patients feel uncomfortable. And they have decided that at least for the elderly they will go ahead and give the second dose.

The idea that they can give Pfizer now and another vaccine, perhaps the “Oxford” vaccine is another idea being floated. But much of this last-minute course ‘correction’ is creating insecurity. Undoubtedly these issues are going to hit the rest of the world as well, as there are simply not enough shots to go around. In this, how the UK solves the problem will be closely observed.

Meanwhile, the Indian government probably has a unique problem on its hands. They have invited Boris Johnson as chief guest for Republic Day — from a country where till recently flights were banned. Now the ban has been lifted, with flights re-starting. India will run the risk of this new strain coming into the country, of course. But the optics will have been served: how can only Boris be invited (even if virtually) when the rest of the country is not allowed in? Luckily, if he comes physically, he has already had his Covid-19 — but the rest of the entourage? Perhaps in these unprecedented times — and with Atamnirbhar Bharat, a suitable Indian could be found?

But at least the UK could exit from Europe, even if getting out of the pandemic still poses a problem. On a historic December 30, Parliament was recalled for the day. (Of course, given social distancing, most MPs and Lords can usually stay at home and participate on Zoom.) It was a long complicated Bill but after four-and-a-half years of bickering and three Prime Ministers, Parliament approved the Bill by 11 pm. Then the Queen, as Head of State, signed it near midnight and the UK had legally approved of Brexit.

Suddenly the mood lifted, even though on New Year’s Eve, no one could go out to celebrate in London due to the Tier 4 lockdown. But there were bright lights and firecrackers on Tower Bridge and along the river. Big Ben, wrapped in repair scaffolding and normally invisible and silent, sounded the bongs for the New Year. The UK finally officially left the EU at midnight. You could not have a chosen a more iconic date for such a historic occasion.

And then, there is always the Queen to put things in perspective. Her stoicism was appreciated as she did her Christmas broadcast. She had spent Christmas like everyone else without any visits from her extended family of children and grandchildren. Only the Duke of Edinburgh was with her — setting an example of obeying the rules. But to spread joy, the Queen’s New Year’s Honours list was published. It is a bumper list this time around. Covid-19 has brought out into prominence all those who serve in NHS, education, social care, community service. These are fields where people of Indian origin have always been active. There are as many as 89 Indian names on the list. A prominent name was Lord Daljit Singh Rana who was honoured for his contribution to business in Northern Ireland. There was also an honour for Sanjay Kara who helps in the Swami Narayan Temple in Neasden, Charan Deep Singh for the Sikh Food Bank, Malini Nebhrajani who works in the Department of Health and Social Services (law section) got the high honour of Order of Bath. Bhaven Pathak got an award for services to British Hinduism. It shows how diversity is being taken seriously. But also how much UK has become home for the Indian diaspora.