Under Franklin Roosevelt, the US favoured liberation for European colonies after the Second World War. 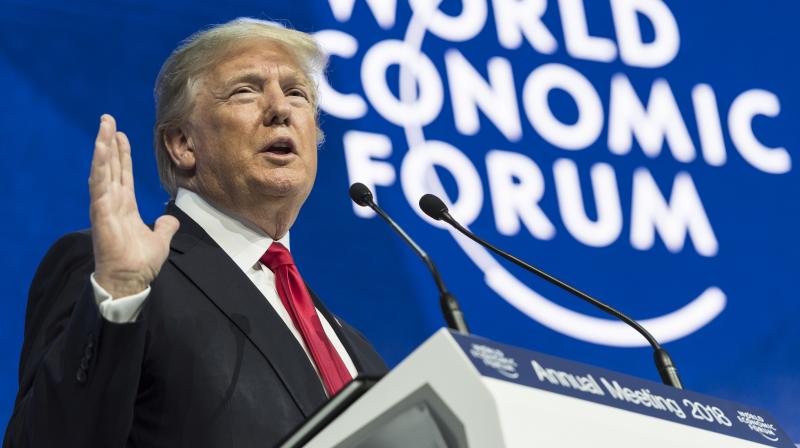 The beginning of the end for what the Vietnamese appropriately refer to as the American War came with an audacious assault in the early hours of the first day of Tet, the Vietnamese new year, in 1968.

Tactically, it was a disaster for the North Vietnamese Army and the South Vietnamese National Liberation Front. Strategically, it was a masterstroke. The fact that less than two dozen guerrillas infiltrated the US embassy in Saigon 50 years ago on January 31 and held it for several hours, raising the NLF flag in the citadel known as “Pentagon East”, changed perceptions of the war in America and across the world.

Although 1967 had witnessed a heightening of antiwar sentiment among American youth, not least those eligible for the military draft, most US citizens had hitherto backed the war, tending to believe the lies told by successive administrations and much of the media. The Tet Offensive demonstrated that the war was unwinnable.

It took somewhat longer for its sheer immorality to widely sink in. The My Lai massacre of March 1968, publicised the following year, was another turning point. Much domestic American opposition to the war nonetheless sprang from the creeping realisation that victory wasn’t imminent, rather than an epiphany about the true nature of a horribly misguided venture.

Under Franklin Roosevelt, the US favoured liberation for European colonies after the Second World War. A representative of the OSS — CIA’s precursor — stood close by as Ho Chi Minh, quoting from the US Declaration of Independence, announced the birth of an independent nation following the end of Japanese occupation. But Roosevelt died in 1945, and Harry Truman’s administration embroiled itself in a cold war with the Soviet Union and, soon enough China, seen as the primary enemies.

As a consequence, the US began backing the French reoccupation of Vietnam, and continued to do so beyond the colonialist forces’ game-changing comeuppance at Dien Bien Phu in 1954, which clearly demonstrated the Vietnamese resolve for liberation. By the time French forces withdrew from the territory, Vietnam had been divided across the middle, with a reunification election in the near future ratified at peace talks in Paris.

Once it became clear that the Viet Minh running the north would sweep any popular vote, the democratic intention was hastily abandoned. The US began sending in military advisers to the south, ruled by the deeply corrupt Diem brothers, whom the US succeeded in overthrowing via its favoured instrument of a military coup in 1963. The siblings were summarily executed just weeks before John F. Kennedy’s assassination. Not long afterwards, the American military role began to expand exponentially; at the height of the aggression, more than half a million US troops were deployed in Indo-China.

Both Kennedy and his successor, Lyndon B. Johnson, privately acknowledged that their adventurism in Vietnam was militarily untenable. It was steadily expanded primarily to save face: until that point, the US had never lost a war. The American public cottoned on to the scale of the deception only after the Pentagon Papers were leaked by Daniel Ellsberg in 1971. In its wisdom, the electorate nonetheless chose to re-elect Richard Nixon by a landslide in 1972. Four years earlier, he had promised “peace with honour” but, determined not to be the first US President to acknowledge defeat on the battlefield, had escalated the war, not least by bombing Cambodia, a decision that made way for the Khmer Rouge and its genocide.

Ironically, it took Vietnamese intervention to displace the Khmer Rouge, which in turn entailed an assault by Deng Xiaoping’s newly neo-liberalising China that Vietnam was able to ward off.

Going back to the Tet Offensive, the premonition of American imperialism’s ultimate defeat echoed far and wide. Perhaps the revolts that subsequently broke out in various parts of the globe 50 years ago would have occurred anyway. Yet the evidence of a tiny Southeast Asian nation not only defying the world’s most formidable military machine but actually winning victories against it undoubtedly helped to shatter the notion that late-20th-century imperialism was invincible. The Vietnamese were every day demonstrating the reverse.

It took another seven years for the war to end with Vietnam’s reunification and the withdrawal of the last American personnel and some of their collaborators — after the loss of millions of Vietnamese lives, and nearly 60,000 American ones. Last year’s recent Ken Burns/Lynn Novick TV miniseries, The Vietnam War, contains loads of fascinating documentary footage and ostensibly seeks to depict both sides of the story, yet reinforces the absurd fallacy that the cruel war was primarily an American tragedy, a salutary reminder that “America first” isn’t a Donald Trump innovation.