Karl Marx was a little-known Communist by the name of Vladimir Ilyich Lenin. 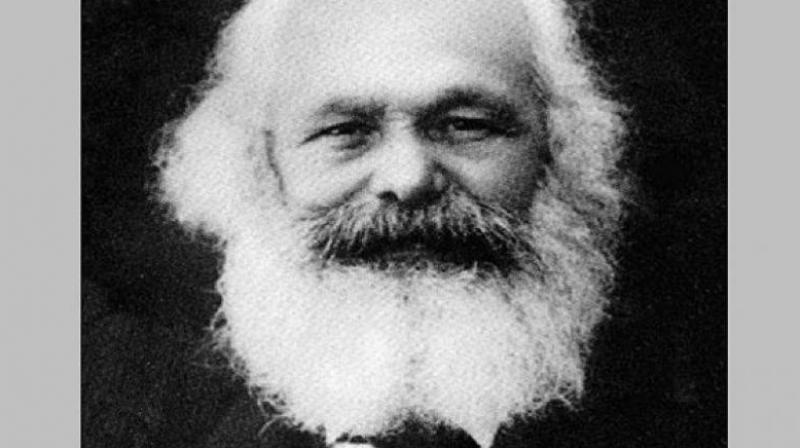 By the time the centenary of Karl Marx’s death was marked 35 years ago, devotees of his ideas were struggling to promote their continued relevance.

After all, by then the world differed remarkably from the mid-19th-century state of affairs, with most of the advanced capitalist nations capitulating to some extent to the need to ward off Marx’s predictions by instituting welfare states that took the edge off class conflict.

However, by 1983 the likes of Margaret Thatcher and Ronald Reagan had already set in motion processes that became relentless in the aftermath of the Soviet collapse. Capitalism, red in tooth and claw, returned with a vengeance in the 1990s, and among its foremost victims were the countries of Eastern Europe that had dared to imagine a different world was possible. Idiots celebrated by proclaiming the end of history.

Much of what has occurred since then in the sphere of global economics has served to underline Marx’s prescience; the veracity of his conviction that capitalism carries within it the seeds of its own destruction has been acknowledged even by many of those disturbed by this tendency.

The bicentenary of Marx’s birth this week comes at a time when his predictions about the nature and trajectory of capital resonate particularly loudly, given the sharply growing disparities of wealth in all capitalist societies and the reluctance of the ruling classes to do anything that might reduce them.

Marx was born on May 5, 1818 into a Jewish family, which shortly afterwards converted to Lutheran Christianity in the face of entrenched anti-Semitism, in the German town of Trier. His precocious intellect led to conflict with the authorities at both school and university; it also earned him a doctorate by the time he was 23.

Not long afterwards he became the editor of Rheinische Zeitung, which was promptly shut down by the Prussian authorities. Marx felt obliged to shift to Paris and, when expelled from there, to Brussels. The Prussian state continued to hound him, though. He returned to France and, when Europe erupted in 1848, shortly after he and a recently befriended fellow German by the name of Friedrich Engels had published Manifesto of the Communist Party, he went back to Germany and founded the Neue Rheinische Zeitung.

It wasn’t allowed to survive, though, and in 1849 a certain Charles Marx, who cited “Dr” as his profession, landed in Dover and spent the rest of his life in Victorian London. He had by then married his teenage sweetheart, the aristocratic Jenny von Westphalen. who was four years older than him. It was an impecunious existence — Marx’s unrelenting intellectual labours earned him next to nothing. Apart from the occasional inheritance and sporadic loans from friends or relatives such as Marx’s Netherlands-based maternal uncle who founded the Philips electronic empire, they had to rely on handouts from Engels. The latter took up a position at his family’s Manchester mills in part to sustain Marx, but was able to guarantee a stable income only towards Marx’s last years, after Engels sold off his portion of the business.

At Marx’s funeral oration at London’s Highgate Cemetery in 1883, Engels informed the fewer than a dozen other mourners that mankind was shorter by a head, but it was the greatest head of its times.

Just 28 years later, the main speaker at another funeral, that of Marx’s daughter Laura and her husband Paul Lafargue in Paris in 1911, declared, according to biographer Francis Wheen, that “the ideas of Laura’s father would be triumphantly realised sooner than anyone guessed”. He was a little-known Communist by the name of Vladimir Ilyich Lenin.

It was only after the Bolshevik revolution of 1917 that Marx acquired renown as both a prophet and a bogeyman, although he had gained a certain amount of notoriety back in 1871 by being wrongly identified as the instigator of the Paris Commune.

Another reason why Marx comes across as more of a 20th-century than a 19th-century figure is that a number of his key texts, arguably more accessible than the incomplete Capital, weren’t published until the 1930s and were first translated into English several decades later. They helped to provide a more complete picture of a man who insisted that everything must be doubted.

Marx’s views were inevitably mainly Eurocentric, but the breadth of his interests can be gauged from his dispatches as a foreign correspondent for the New York Tribune, in which he dedicated several articles to the Indian revolt of 1857, citing reports of British atrocities in “Peshawur” and “Pindee” to argue that “it is a rule of historical retribution that its instrument be forged not by the offended but by the offender himself”.

It should come as little surprise, then, that many of his predictions still ring true in the troubled 21st century.