President Trump has aced the discussion by suggesting that he is for a one-state or two-state solution if the two parties agreed. 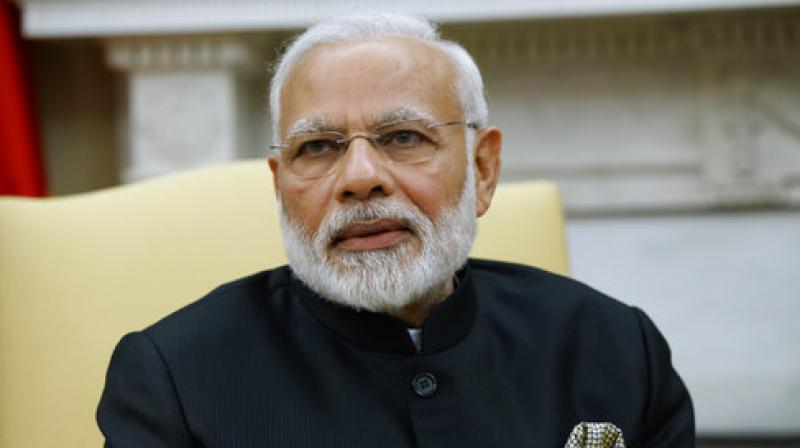 Narendra Modi’s visit to Israel this week, the first by an Indian Prime Minister, is rich in symbolism and full of potential dangers. The symbolism is in India proclaiming to the world that it has very close military and trade ties with a country celebrating 50 years of occupation of Palestinian land, usurping East Jerusalem and most of the West Bank and treating the Palestinian people as serfs.

Mr Modi took out an insurance policy by inviting the leader of the toothless Palestinian Authority, Mahmoud Abbas, to India last May. But the danger of Mr Modi’s venture lies in the vibes of the ruling BJP with the hardline Israeli state; both have an anti-Muslim bias and both believe in the virtues of the stick.

Much has changed since the disastrous 1967 war in which the Arab armies were routed. Israel has quietly pocketed East Jerusalem and usurped more and more land for Israeli settlements on occupied West Bank. It has never been a level playing field for Palestinians because of the traditional bias in favour of Israel of the US establishment and legislators.

Through a series of moves over the decades, including sham peace processes, Palestinians have been traditionally weakened and pushed to the wall. With the death of their charismatic leader Yasser Arafat, who committed his share of mistakes, there has been no real successor. And the Israelis are sitting pretty, Benjamin Netanyahu presiding over the most right-wing government in its history. While making symbolic gestures, he is in no hurry to vacate the occupation. The only thing that worries Israelis is the prospect of Palestinians outnumbering Jews in the not-too-distant future. During his recent visit to Israel and the Palestinian Authority, US President Donald Trump has muddied the waters, rather than bring clarity to an old problem.

It is true that the Gulf monarchies have adjusted to the situation by conducting clandestine and not-so-clandestine relations with Israel while maintaining their pro-Palestinian rhetoric. Why should India then fight shy of its close relationship with Israel, it is argued. And there is no dearth of Israel’s admirers: the former commander of the Northern Command, Lt. Gen. D.S. Hooda, making a facile comparison between India’s predicament in Kashmir with the brutal methods Israel uses to subdue Palestinians on their land.

India recently handed Israel a bumper military order and it is true that Israel’s development of high-end military technology is a good fit for India’s needs. Besides, Israel’s innovative use of water resources in a largely dry land has important lessons for India.

No foreign policy is set in stone. The geopolitical picture changes — take the breakup of the Soviet Union — and New Delhi, as other world capitals, must adjust to tectonic changes. The latest change India has to take into account is the coming to power in the US of an unpredictable and narcissistic President, Mr Trump.

Mr Modi must therefore take into account the straight and narrow path of mutually advantageous bilateral relations before indulging in flights of fancy on relations between the two countries. He must counter his apprenticeship in his and his party’s mentor, the RSS, to judge Israel’s conduct by international standards without succumbing to the Sangh Parivar’s open-mouthed admiration for everything Israeli.

The Sangh Parivar is obsessed with one idea: the victorious Mughal and other Muslim invaders who have ruled India over centuries. It was this obsession that led to the regimen of khaki shorts (now mercifully changed to trousers) and the stick as a substitute for a gun, in its obligatory morning drills. It is for the same reason that the RSS pretends that the Mughal period simply does not exist.

However much Mr Modi and his party might dislike the direction of policy charted by the independence movement and Jawaharlal Nehru’s secularism in pursuing the country’s course, his direction was based on the then prevailing limitations and needs of the country, apart from his blind spot on China influenced more by sentiment than logic. India has moved on from there, with the Soviet Union broken up, the supreme moment for the US as the sole superpower, the building up of Indian military prowess and Mr Trump’s assumption of office giving a fillip to China’s race for superpower status.

A second caution for Mr Modi during his unique visit will be to keep in mind the fact that India’s traditional policy towards Palestinians is based on the sound fact that they have been dispossessed of their land and freedom on their own land being occupied and usurped, with East Jerusalem, holy to them as to Jews, now being absorbed by Israel.

By the very nature of things, Israel cannot lord over occupied land and a subjugated Palestinian people indefinitely. And the longer Israelis wait to vacate occupied land and give Palestinians their freedom, the more painful will be the process. This is another factor Mr Modi must bear in mind.

I had met Mr Netanyahu in Israel in January 1990 when he was a junior foreign minister on his way to climbing the ladder. A visit by an Indian journalist was something of a curiosity. Mr Netanyahu was eloquent and expansive in giving me his views on his country’s predicament. He told me that if you ran across the breadth of his country, you could reach the other end in a few hours. In other words, the post-1967 borders of Israel were indefensible.

In Israel today, the much-bandied-about two-state solution, with a toothless Palestine becoming independent with its capital in Jerusalem, is now a curiosity. President Trump has aced the discussion by suggesting that he is for a one-state or two-state solution if the two parties agreed.

The choice of a one-state solution strikes at the root of Israeli fears of Jews becoming a minority in the future. And the logical conclusion will be that Israel cannot be both democratic and Jewish in one state, which will become a new form of apartheid rule like the old South Africa.