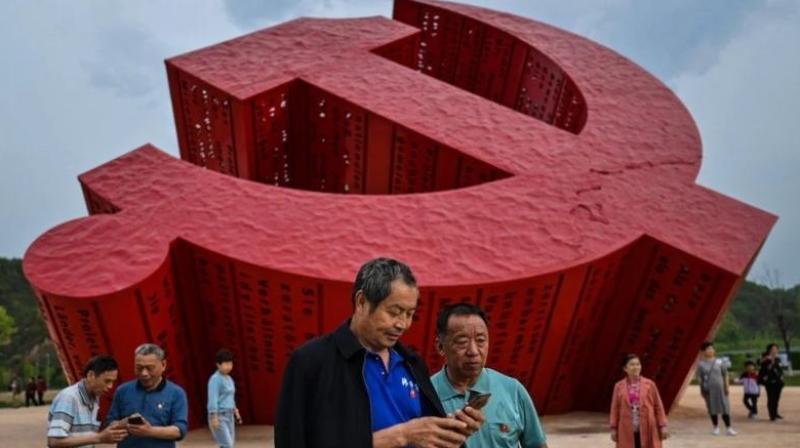 News.The Communist Party of China (CPC) celebrated a hundred years of its existence on the 1st of July. (AFP Photo)

This July, I complete a four-decade-long association with the Indian National Congress (INC) founded in 1885. An involvement that commenced when I joined the National Students Union of India (NSUI) way back in 1981.

As a grassroots political activist, the philosophy, structure and organisation of other political parties has always been an area of academic interest for me. A curiosity that got further buoyed when I was elected president of the International Students Union (IUS) in the early 1990s. The IUS was then a Prague-based syndical organisation of 155 student organisations across 112 countries and territories. One political party that I have continuously studied and observed is the Communist Party of China (CPC).

The current commentary is about this distinctive organisation that lies at the heart of an emerging system of global dominance. The Communist Party of China (CPC) celebrated a hundred years of its existence on the 1st of July. Ironically, all empirical evidence puts its foundation date as July 23, 1921. July 1 was arbitrarily chosen by party apparatchiks when they were hunkering down in the grottoes of Yan’an in 1941.

The CPC was born during what the Chinese call the century of humiliation 1839-1949. China was back then an impoverished and a pastoral society dominated by imperialist powers through ignominious treaty arrangements.
A clandestine get-together of a handful of people took place in the French concession of Shanghai at 106 Rue Wantz. One of the attendees was Mao Zedong who remained a leading light of this fledgling party for over 54 years. In addition to him, two foreign commissars from the Communist International, a Soviet sponsored structure created for the global spread of Communism, were also present.

These furtive conversations were the precursor to the formal launch of the Chinese Communist Party (CPC). A century later not only does it control China with an iron fist, hitherto considered ungovernable for centuries together, but moreover, after the dissolution of the Soviet Union on the 26th of December, 1991, it is the only political system that presents a successful alternative politico-economic model to the Western neo-liberal democratic order.

In the early 1920s, all kinds of congregations and individuals called themselves Communists in China. It was a fashionable nom de guerre. This new outfit was bedraggled and thinly resourced. They had no arsenal worth the name.
Even in their wildest imagination no keen observer of China back then could have prophesised that this motley collection of virtual nobodies would ignite a successful Communist insurgency that then spread across the countryside like a wildfire consuming everything in its path.

In a short span of 28 years, this human dynamo not only vanquished a Nationalist Army of more than four million strong kitted out by the Allied forces to fight the Japanese during World War-II but established and consolidated a Communist state in 1949 that no one believed would survive more than a few years.

For the longest time, the CPC and the Red Army was led by Mao Zedong who, ironically, had never intellectually devoured Marxism. He was tempered in the fury of the May 4, 1919, struggle. A movement triggered by the pronouncement of Western powers to transfer Chinese colonial territory in the possession of Germany to Japan post World War I. That effort stimulated both anti-Western nationalism as well as a Chinese desire to reclaim the glory of its yesteryears — a la Middle Kingdom syndrome. It also established a distinctive ideological basis that fused Chinese nationalism with Marxism.

The skill of the CPC and the reason for its longevity has been its ability to navigate the winds of change with nimbleness, without giving up on its core ideological values. Over a century, it has morphed from being a revolutionary army to a party of governance surviving the vicissitudes of not only domestic turmoil but also international intrigue coupled with the idiosyncratic impulses of its own leadership.

Two of those whims were the Great Leap Forward from 1958 to 1962 and the Cultural Revolution from 1966 to 1976. The former resulted in the deaths of over 20 million people mainly due to starvation. The latter was a vicious socio-political housecleaning predicated upon the purging the vestiges of capitalist and traditional elements from the mainstream of China’s thought leadership. Mobs of pupils and Red Guards assaulted people wearing “bourgeois clothes” on the thoroughfares, “imperialist” signage were desecrated, and intellectuals and party officials were either murdered or driven to suicide. Over two million lost their lives as a consequence of these depredations.

Mao Zedong’s ruinous tenure ended with his demise in 1976 leaving China in a state of economic morass and social stratification. However, despite the misery and pain Mao had heaped on the Chinese people, the hold of the CPC on the country remained intact. It did not get undermined even after the Tiananmen Square massacre of protesting students in 1989 that convulsed Chinese society to its very being. The point being that it is not only fear, terror and intimidation that binds the Chinese society to the CPC. The impulses are much more profound and include rigorous ideological indoctrination coupled with a village to national capital structure that functions like a well-oiled machine.

The CPC moved seamlessly from Mao’s tyranny to the model of totalitarian capitalism institutionalised by Deng Xiaoping and his successors that held the field for close to three-and-a-half decades from 1979 to 2012. One of the essential attributes of those years was the cultivated reticence of both the Chinese state and the CPC as it put its shoulder to the wheel of internal consolidation. It once again morphed into an aggressive wolf warrior mode as Xi Jinping took centrestage in 2012.

The beauty of these transitions does not lie in the abrupt U-turns that the CPC took but the fact that they were able to carry the Chinese nation along with them during all these transfigurations.

That is wherein lies the challenge for Indian policymakers as they seek to understand Chinese motivations and behaviour in the 21st century. Till the time they do not understand the functioning of the CPC they will never be able to discern the minds and methods of the Chinese leadership. For, unlike India and other democracies around the world, where political parties and governance systems are distinct, in the case of China, it is a merged mass of dissimulating narratives.

The author is a lawyer, Member of Parliament and former Union information and broadcasting minister. The views expressed are personal. Twitter handle @manishtewari.