Opinion   Columnists  03 Aug 2021  Aakar Patel | The reasons why world’s interest in Olympics is falling are many
Opinion, Columnists 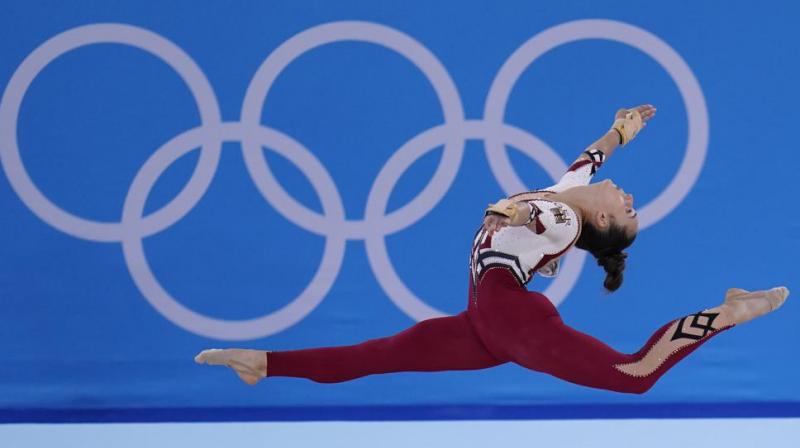 The current Olympic Games now going on in Tokyo have the lowest viewership in the past three decades, a news report said the other day. Not the physical audience at the stadia of course, because that is absent due to the Covid-19 pandemic. But that is a very small part of the global television audience, and this is where the lack of interest is showing. Viewers have dropped by a third since just 2016. Remember that this is happening despite far more streaming services and viewing options than there were during the 1988 Games in Seoul, after which the world’s population has grown by 50 per cent but viewership has fallen.

It will be interesting to consider why this is the case. The foundation of the Olympics was in Greece more than 2,000 years ago, but these did not extend into the modern era. The modern Olympic Games began in 1896 and have a different character than the Greek ones. Even the Olympics motto (“Citius, Altius, Fortius”, meaning faster, higher, stronger) is in Latin and not in Greek. The Greeks would have been horrified to see women participating, as has been the case with our Olympics since 1900.

To return to the motto, being fastest, highest and strongest is not that big a deal. Men have been running 100 metres under 10 seconds but more than 9.5 seconds since 1968. In that sense not much has changed in this sport in 50 years. The high jump Olympics record of 7 feet and 8 inches was established 25 years ago. In the last Olympics, the gold medal winner jumped one cm less than that. The Olympic record for the long jump has been unbroken for 50 years.

As a race, we are simply not getting faster, higher and stronger and if we are it is not by much. The human being’s physical achievements are less interesting to us at a time when our physical selves are less interesting than the virtual spaces we have access to. Synthetic biology, steroids and prosthetic limbs mean that the idea of a perfect physical specimen is now impossible.

The term “fastest human” or “strongest person” don’t mean much in our times. It may interest readers to know that the viewership of Miss Universe pageants has also been plummeting over the last few years.

Yet another aspect of the decline of the Olympic Games is the ending of hostility between nations on a global scale. One of the greatest moments of the Olympic Games came in Berlin in 1936 when the young African American, Jesse Owens, won four gold medals including for fastest sprinter and longest jumper in the world. His victory delivered a shattering blow to the Aryan supremacy theory of the Nazis, which said that the white man was the perfect physical specimen of the human race.

After the Second World War, the hostilities between the United States and the Soviet Union provided some of the tensions that the games could feed off. But since the end of the Cold War even that has gone. The Seoul Olympics came in the same period.

Today the world is more at peace than it has ever been in history. Wars between nations are few and outside of the usual violent hotspots in the Middle East, North Africa and South Asia, armed conflict is low.

Even the US-China rivalry, the most significant in the world, is possibly the least violent one we have seen. Both nations are each other’s largest and strongest trading partners and have been for a long time now.

Of course, primitive enmities remain in some parts of the world, and India and Pakistan are arch rivals, but we are irrelevant to the others and do not occupy anyone’s attention. In any case, we are not significant at the Olympics.
The other thing is that we have international competition that is outside of the Olympics and most world records are not set at the Olympics.

These are the reasons I think that the Olympics are past their peak. We will not return to a time when the stars of the games are global figures and perhaps in time even the inhabitants of nations will lose interest in the performances of their own individuals on this stage.

Popular team sports, which involve the audience more viscerally because they respond to our basic tribalism and parochialism, might perhaps have a longer life than events concerning individuals. Football and cricket will not face as sharp a decline in audience and viewership as the Olympics. But that decline is also already happening. I can remember struggling to get a seat at a Ranji Trophy game in Surat 40 years ago. That would never happen now. Our world has changed in our lifetimes. The decline in viewership of athletics might be an insignificant aspect generally speaking but perhaps it says something more deep and profound about the time we live in and how it has shaped us.