Online schooling was generally vilified, and it was felt that the already poor state of school education in India was now in shambles 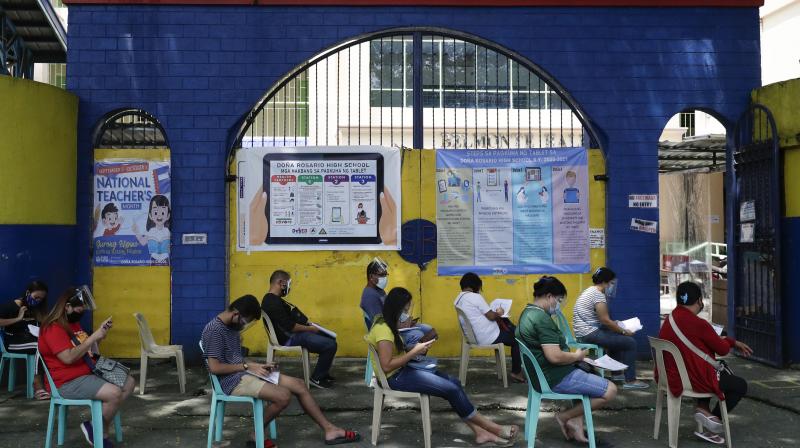 We have observed that teachers and students have moved away from drab textbooks and learned to explore the World Wide Web for resources. AP Photo

Right through the Covid-19 pandemic, we have been hearing people cribbing and moaning about the deteriorating education scene after the schools were forced to shut down in March.

Online schooling was generally vilified, and it was felt that the already poor state of school education in India was now in shambles. Memes, cartoons and jokes abound about the ineffectiveness of distance teaching, but even teachers need humour to endure hard times.

In urban schools where there was some access to technology, the teachers still struggled valiantly to keep the teaching-learning process alive and vibrant through virtual lessons.

The good news is that after functioning in this strange new world of distance learning for some months, we have discovered that certain positive things have emerged.

We see around us extraordinary innovativeness and creativity on the part of people who are determined to continue learning and wish to live life fully despite the sudden and radical disruption of their regular schedules.

First, teachers as well as students have successfully demonstrated that with the help of technology, it is possible to make learning effective as well as fun.

They keep exploring the cyberworld to identify opportunities through which they can develop and showcase talent, to enhance learning, to participate virtually in team activities and to establish connections with people across the globe.

Students have published e-newsletters and magazines, created films, videos and photo essays, hosted and participated in different kinds of festivals with mind-boggling events which tested their own talent and creativity and that of their peers.

Academically too, I feel that we cannot dismiss this period as totally futile. If we reflect for a while, we will be able to identify certain valuable gains during this period.

We have observed that teachers and students have moved away from drab textbooks and learned to explore the World Wide Web for resources. They have also learnt to check for authenticity and be cautious about unvalidated information. These developments in themselves represent giant strides in the learning process.

I have seen phenomenal learning displayed by teachers who realised that they had to master technology or else their students’ learning would come to a grinding halt.

It is true that though the importance of technology was being driven home, it was embraced incrementally in the last so many years. It is the pandemic which has catapulted the tardy educational world into the twenty-first century.

The other remarkable development is that collaborative work has increased in an exponential manner. It is ironical that schools, teachers and children have learnt to collaborate at a time when they are compulsorily distanced.

Individuals are voluntarily reaching out to others in order to learn together, to solve problems collectively, to put up joint cultural programmes or just to have a virtual get-together. This phenomenon will have to be explained by psychologists.

In this context, the creative effort of Kolkata’s Teachers’ Centre should be mentioned. It put up a delightful play on the occasion of Teachers’ Day with help from “Bichitra Pathsala”, an organisation which brings the cinema into the classroom, and “Chitrabani”, a film study institute.

The audience was filled with wonder when they saw how technology had been used to enhance the end product. Not a soul had to leave his or her home but if you watch the play you will marvel at the resourcefulness and teamwork that went into the making of something charmingly simple, yet clever. Most important, it gave immense pleasure to both the participants and viewers.

I read an article recently in the World Economic Forum Journal, which was titled “The Unexpected Benefits of Virtual Education”. It points out that though “there is nothing ideal about teachers and students dealing unexpectedly with remote learning”, “collaborating online might prepare high school students with the kind of organisational acumen, emotional intelligence and self-discipline needed for modern careers…” Increasingly, we see that people are having to work with colleagues who are located all over the world.

So far as self-discipline is concerned, we have observed that a lot more independent learning is taking place.

Although many students have enrolled in different tutorial centres offering virtual coaching, many others are now learning on their own. Moreover, the number of students taking online art, cooking, music, dance, yoga and language lessons seems to have multiplied.

Perhaps the most wonderful as well as surprising thing that I have heard from my colleagues is that many timid and shy children have come out of their shells and are now expressing their feelings and thoughts for the first time.

Probably it is because speaking up in a virtual classroom is less intimidating than in a real one, where many pairs of eyes are trained on you. There is also the nagging fear of derisive laughter after you have spoken. I wonder whether this newfound confidence will be sustained off-screen when the schools reopen.

Frankly speaking, though we teachers long to be able to return to the school campus and teach real children in real classrooms once again, we are not at all dismissive of what we are doing now.