In 2021, it appears, Rahul Gandhi is trying to mimic his grandmother by seeking to split the party once again 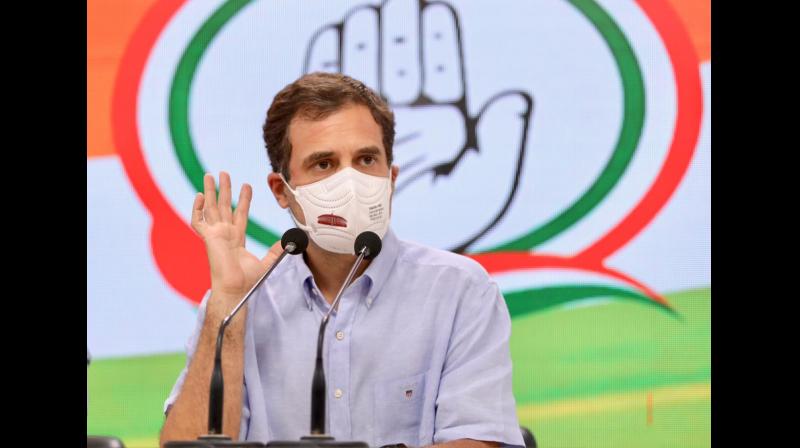 While Sonia Gandhi demonstrated the ability to relate to a wide range of politicians in 2004, Rahul Gandhi has singularly failed in this respect. (DC Image)

In his fictionalised autobiography, The Insider, former Prime Minister P.V. Narasimha Rao had a senior Congressman complaining that “prime ministership has now become a proprietorship” (Page 675). That is what dynastic succession had done to the Indian National Congress after it became the Indira Congress in 1969. When Mrs Sonia Gandhi took charge as its president, the party constitution was amended with Clause 5 of the Congress Parliamentary Party (CPP) constitution reading: “The chairperson shall have the authority to name the leader of the Congress Parliamentary Party to head the government, if necessary.” The roots of the present crisis gripping the Sonia Congress lie in this unfortunate reality and inheritance from what came to be known as the Indira Congress that then became the Sonia Congress.

In 1969, Indira Gandhi split the Indian National Congress, the party she had inherited from her father’s generation, and created what came to be known as the Indira Congress, or Congress (I). She used the pedestal of ideology, purged the party of the “conservative” old guard and allied with the Left, giving an ideological twist to a political coup. In doing so she converted a political party into a family proprietorship.

Mrs Gandhi succeeded in staging her political coup not only because she was already Prime Minister and had the power of office to retain adequate support, but also because she correctly captured the mood of the nation. After the 1967 general elections the old Congress was seen losing heft and the Left was in ascendance with the Communists, socialists and an assortment of populists capturing the Congress bases. Mrs Gandhi’s tilt to the Left helped her retain and enhance her power.

In 2021, it appears, Rahul Gandhi is trying to mimic his grandmother by seeking to split the party once again, attacking the old guard and tilting Left. A senior Congressman recently explained to me that Rahul Gandhi’s strategy is to rid the party of the “deadwood” like Amarinder Singh and the so-called Group of 23, and revitalise it with “fresh blood”, preferably young and Left-leaning, like Kanhaiya Kumar. So if it was the likes of a Nijalingappa and a Sanjiva Reddy that had to go in 1969, it is a Jyotiraditya Scindia and an Amarinder Singh who have to be shown the door now; and if it was Communists like Mohan Kumaramangalam and K.V. Raghunatha Reddy who were inducted then, it is a Kanhaiya Kumar who is inducted now. Old whine for new battles.

Addressing a student gathering at the Jawaharlal Nehru University in New Delhi over a decade ago, Rahul Gandhi revealed his political game thus: “What is the option for me? I can either propagate the system or change it. I am not the one to propagate it so I am trying to change it.” By positioning himself as an agent of change rather than of continuity, Mr Gandhi had hoped to distance himself from the negative baggage of the Manmohan Singh government. However, by taking on the position of party vice-president he happily accepted his “proprietorial” inheritance as future party president and Prime Minister. It is this strategy of playing both dissenter and inheritor that is now under final testing and most political pundits believe that it’s a game whose time is long over.

If Indira Gandhi’s “split and rule” strategy worked in 1969, the younger Gandhi’s “inherit and dissent” strategy is unlikely to work now. The reason is simple. Mrs Gandhi was bolstering her political base within at a time when the opposition to the Congress was still splintered and weak, and the Congress itself was in a much stronger position. Mr Gandhi is seeking to establish his leadership over a much weakened and dispirited party that is also poorly funded. That at a time when the ruling side led by a powerful Prime Minister is well-funded.

What the Congress Party needs today is a closing of ranks, not a division of the benches. Many within the Congress who wish to build a strong Opposition alliance for the 2024 Lok Sabha elections now believe that rather than splitting the party, what the Congress leadership should undertake is a reunification of the party, bringing together all the ex-Congress persons from across the country. However, any such unification strategy will have to clarify the roles of the Nehru-Gandhi family. An unwillingness to do so has already cost the party dear with the exit of several party members like Jyotiraditya Scindia and Jitin Prasada.

Moreover, ex-Congress persons who have set up their own platforms, like Mamata Banerjee, Sharad Pawar, Y.S. Jagan Mohan Reddy and so on will no longer be willing to play second fiddle to the younger Nehru-Gandhis.

If the Sonia Congress enters the fray for the coming state Assembly elections on its own it may have less to show than if it were to do so in alliance with strong regional players. Bringing regional parties opposed to the BJP on to its side can create a formidable alliance. However, its strength will depend on the ability of the Congress leadership to manage the individual egos of its own party members and, more importantly, those of powerful regional leaders like Ms Banerjee.

Indeed, of all the potential prime ministerial aspirants around, as of now, Ms Banerjee is the most credible. Her political credibility rests on three pillars. First, she has demonstrated her capacity to defeat the Modi-Shah combine. Second, she is the only woman political leader of any stature today in the country. Third, she has the experience to deal with political leaders of different parties from Sharad Pawar to Arvind Kejriwal, K. Chandrashekhar Rao to Akhilesh Yadav. While Sonia Gandhi demonstrated the ability to relate to a wide range of politicians in 2004, Rahul Gandhi has singularly failed in this respect. He does not seem to have the emotional quotient required. A healthy and vibrant democracy needs a vibrant and active political opposition. The Congress, under its present leadership, has not been able to play that part. It needs new thinking and a new leadership.