In India and many other countries where media literacy is still in its infancy, the discourse is still largely basic 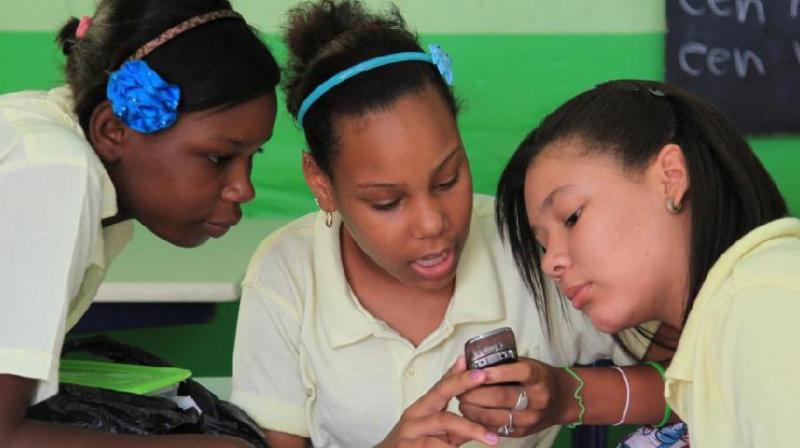 Over the last week of October 2021, the UN-sponsored Global Media and Information Week in South Africa, with India’s participation, resolved to fight disinformation by improving people’s ability to counter it. (Photo: UNICEF)

Over the last week of October 2021, the UN-sponsored Global Media and Information Week in South Africa, with India’s participation, resolved to fight disinformation by improving people’s ability to counter it. Nothing could better position media literacy in the right-to-information era than its function in demystifying information processes to the public at large. But a pandemic or an election cannot define the contours of what media literacy should deliver.

The concept of media literacy dates back more than eight decades, but it was only in 1992 that a national leadership conference of high-level academics and policymakers in the United States discussed its academic relevance.

Several American high schools have since adopted media literacy as a subject. In 2019, accelerated by the machinations under then-President Donald Trump, the US Congress passed the Digital Citizenship and Media Literacy Act (DCMLA) to “promote digital citizenship and media literacy”, defining media literacy in terms of access, analysis, evaluation, decision-making, technological fluency and larger reflection. As the Covid-19 pandemic further exposed the holes in the modern flow and reception of messages, the World Health Organisation (WHO) called for action against the “infodemic”. This year, Illinois became the first American state to mandate media literacy education in its public high schools. Scholars are still probing whether media literacy should be more “critical” and encourage and empower learners, for example, to question the media and dominant sources of information. These efforts are supported by several independent initiatives in encouraging media literacy among the public at large.

Meanwhile, the Indian government has leapfrogged to participation in the global media literacy discussions this year as a core country in piloting the South Africa resolution. Union information and broadcasting minister Anurag Thakur stated at a round table in September this year that “while the world is battling the pandemic… [it] is important that the issue of the infodemic is addressed at the highest level” (emphasis added). He went on to declare that India has dealt swiftly with fake news and misinformation surrounding the Covid-19 pandemic through “clear communication based on science and facts”. He cited the daily press briefings as the mode.

When governments take on this responsibility, some questions arise: Will government interpretations of media literacy help us draw important isobars between communicative rights and responsibilities, between freedoms and public awareness? Will we also learn the role of governments’ “official sources” in managing information? Are governments likely to appropriate media literacy for political gains? Is it likely that a government-sponsored media literacy programme will address these issues? Even by Mr Thakur’s claims about informing the public scientifically and transparently, has the government informed citizens about the difference between ground realities and positive spin?

During the first and second waves of Covid-19 in India, official sources had seized the opportunity to set media agendas that downplayed the seriousness of the pandemic, often focusing on political-nationalistic rather than national agendas: How the government has been breaking records in vaccinations, and how Indian industrialists and innovators “converted the pandemic into an opportunity” and developed a home-grown ventilator industry. If not for vigilant sections of the national and international media, we were unlikely to know of the distress of invisible groups such as migrant workers and the vast rural communities. Extracting official statistics and making them available to the public has been difficult for the media even as the government denies independent data that may be inconvenient.

Pavlovian experiments such as calls to bang vessels resulted in widespread superstition-mongering.

In India and many other countries where media literacy is still in its infancy, the discourse is still largely basic. For example, an experiment in media literacy teaches students how to use the media as a learning tool at school; another experiment around fake news-busting encourages learners to go through the elaborate and proactive process of fact-checking. A learner might be compelled to learn the tool, and not feel the need to do more qualitative, critical tasks. A large lacuna exists in high schools and college curricula in helping students consume media messages and create messages for the social media. At the heart of media literacy is the influence of mediated messages -- and not of those that are rendered invisible.

Viewing media literacy as a public good is laudable, and providing accurate, transparent and scientific information should be the primary task of a government. Dispelling untruths is noble -- so long as we agree on what an untruth is. But the government’s seating itself on international forums comes in an environment where any substantial discussions within India about media literacy are absent. Indeed, with its global statement that media literacy must be addressed at the highest levels, the government has aggressively pre-empted any such discussion. A counter-argument that begs to be heard is that legislation and framing of media literacy education needs debate and discussion, and needs to open itself up to such tricky approaches as the authenticity of official sources.

Media “prosumers” constantly consume and produce messages and communicate en masse over the social media. This new medium is amphibious, where the so-called mainstream media messages collide, collaborate with users’ opinions, and amplify their influence. The amphibious medium’s users -- writers and editors in their own right -- now act as setters of the public and media agenda. Most of us never received formal training in how to mass communicate, much less communicate with the freedoms and responsibilities that come with our citizenship. In this amphibious space, the articulated word is king.

How can we access and evaluate data that aren’t available to the media and to the public? Can media literacy inform citizens about the messages that they do not see? Media narratives run in consonance with government narratives, especially in nationalistic environments and especially in crises. In the hyper-nationalistic environment that we live in, official sources have the access, influence and power that independent sources often don’t. Mediated nationalism can conflate truths with government articulations. That is why we are often confronted with a “rural blind spot” among our English-language television news channels, for example. Invisibilisation is greatly advantageous to nationalism, a powerful tool in nation-branding, and of course in politics. What you can’t see, you don’t have to understand. Therein lies the problem with the current interpretations of media literacy.