Even in a much smaller economy like India, in the ultimate analysis it’s the state of the economy that determines political longevity 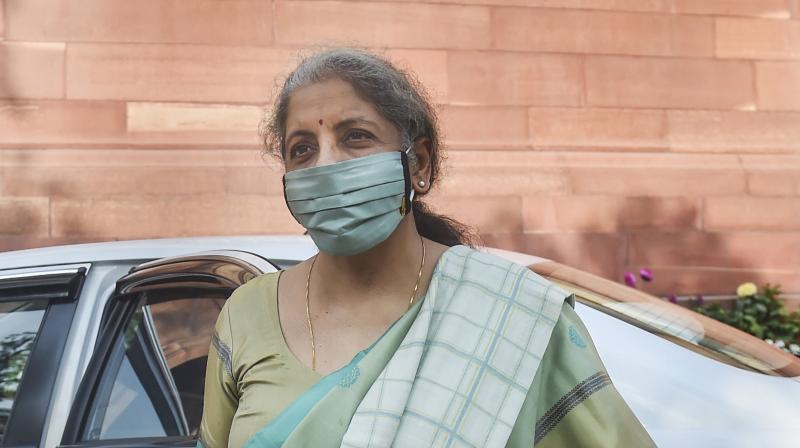 While reading out the Budget proposals for 2021-22, finance minister Nirmala Sitharaman crowed several times that there were “no new taxes”. It reminded me of US vice-president George H.W. Bush, the 1988 Republican presidential candidate, who proclaimed at the nominating convention the famous words: “Read my lips, no new taxes!” These words defined his next three years at the White House, and the US economy, which cried loudly for a spending boost and hence higher taxation, tanked. His 1992 opponent was Bill Clinton whose campaign manager had the words “It’s the Economy, Stupid!” printed/pasted on every desk of Mr Clinton’s election office. George Bush Senior, whose tenure saw the collapse of the Cold War and a huge military victory in Iraq, lost the presidency to Bill Clinton after just one term.

Even in a much poorer country and smaller economy like India, in the ultimate analysis it’s the state of the economy that determines political longevity. But Prime Minister Narendra Modi’s hucksters kept repeating all day on Monday and Tuesday this week that even a huge contraction of the economy and despite tens of millions of migrant workers being rendered jobless and homeless in a massive drop of the guillotine with the March 21, 2020, lockdown, Mr Modi won the state elections in Bihar later that year. But did he? The NDA polled 34.86 per cent of the popular vote while the Tejashwi Yadav-led UPA got 36.20 per cent of the popular vote. The NDA came to power with a very slim majority in the Assembly and the margins in as many as 11 seats were by just a few hundred votes. So to believe Mr Modi always wears a Teflon suit is quite erroneous. It’s always the economy, stupid!

But were there indeed “no new taxes”? Not only are there no new taxes for annual incomes below Rs.15 lakh, there are reductions. But for those with incomes above Rs.2 lakh per month, the new taxes impose a substantially higher burden. For a person with an annual income of Rs.26.50 lakh, the tax burden increases from Rs.3.40 lakh to Rs.5.30 lakh, or almost 60 per cent. This is not small change. There are taxes beyond I-T, which are borne directly by taxpayers, like those on petrol and diesel. Petrol will now cost Rs.2.50 more per litre, while diesel will cost Rs.4 more per litre. There will necessarily be a cascading effect on the economy. The transport sector consumes 72 per cent of the diesel refined in India so the five per cent hike in retail prices will have a noticeable ripple effect. Every lower middle class household will have at least a two-wheeler and higher petrol prices will be felt. Think of the consequences to the home delivery gig economy. Amazon, the biggest e-commerce player, pays a flat Rs.10 per package, irrespective of weight, distance and volume. The deliveryman uses his own vehicle and pays for the fuel and other costs. We can now expect e-commerce goods to cost more. Individuals will also have to pay more for mobile phones, cars and imported tipple, among other things. So why claim “no new taxes”? As somebody said, two things are certain to go up. One is us, the other is taxes!

The newspapers and TV have trotted a range of people beholden to the government, for good or bad, from Kumaramangalam Birla to Ashok Hinduja, a panoply of CII and Ficci presidents, and waiting economists to comment. All of them hailed it as a pathbreaking, visionary and breakout Budget. What else can they afford to say or dare to say? I saw Prannoy Roy hosting the NDTV Budget show asking these worthies after letting them say their hosannas, if they had anything critical to say? Without exception, they hemmed and hawed, and apart from desiring more for their sectors said that all is great. But, not being professional actors, their mortification could not be fully masked. Decades ago, Lala Charat Ram, then Ficci’s president, when asked if he favoured the budget, blithely replied: “We favour all budgets, whatever the government!”

But let us take a cursory look at the numbers. Total expenditure in FY20-21 was Rs.34.50 lakh crore. The proposed expenditure for FY21-22 is Rs.34.83 lakh crore (Page 3 of FinMin’s ‘Budget at a Glance’), so where is the money for a breakout? The vision painted is a long-term vision. For instance, Tamil Nadu going to the polls in a few months gets a declared appropriation of Rs.65,000 crore to build 3,600 km of highways over the next five years, when what matters to people and the economy is what will be spent this year. Similarly, Assam and West Bengal, also scheduled for the hustings soon, get Rs.23,000 crore and `35,000 crore respectively. This is not even sleight of hand, its just political chicanery. The Centre intends to increase capital expenditure by `1.14 lakh crore and proposes to spend Rs.5.54 lakh crore in FY21-22. This item rose by Rs.1.30 lakh crore in FY20-21 over FY19-20, so in effect the rate of climb has fallen. But on the morning after, every major newspaper lauded the increase in capital expenditure. Everybody has his or her own compulsions. Big brother is watching?

Our leading pink newspaper had a banner headline shouting: “82% jump in health outlay’. Another newspaper screams: “137% increase in health and well-being spend”. But it adds sotto voce that this increase is mostly due to bringing the drinking water and sanitation (Rs.60,030 crore) and nutrition Rs.27,000 crore) outlays, previously under different departments, under one caption of “health and well-being”. There is a hike in outlay for heath (Rs.71,269 crore), but it is a more modest nine per cent.

When the Pandavas shouted “Ashvathama is dead”, Drona, the commander of the enemy forces, assumed they were referring to his son. Refusing to believe them, he decided to check with Yudhishtra. “Tell me,” said Drona to Yudhishtra, “Is my son dead?” Yes, Ashvathama is dead. Maybe it is an elephant? Maybe a man? He knew it was an elephant but had been forced by Krishna to lie or tell a half-truth. In the din of the war, all Drona heard Yudhishtra say was: “Yes, Ashvathama is dead.’ Clearly, Nirmala Sitharaman knows her Mahabharata well.