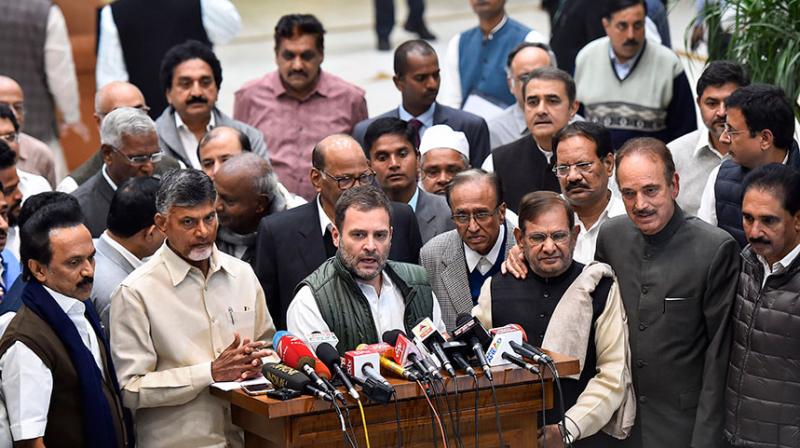 What beyond the cathartic moment? This is a question that every victor and loser in the just-completed round of elections to the Assemblies of four states and one Union territory must ask themselves. If the newly elected or re-elected satraps mostly post haste take charge and face challenges on the twin fronts of the Covid-19 pandemic and the personal economic crises faced by millions of people, they will simultaneously attempt to reposition themselves in the evolving national political narrative. And make no mistake, there is a distinct possibility that historians of the future will find in these days as either the tipping point for this government, or the time when it steered its ship out of the choppy waters.

Only diehard supporters of the present government will give greater weightage to the positives beyond the failure to win West Bengal. Yes, there are signs of optimism for the BJP: Returning to power in Assam, victory of the combined NDA coalition in Puducherry, the absence of a landslide against the alliance in Tamil Nadu and even a surprise victory of the BJP candidate against actor Kamal Hasan from Coimbatore. In a party where sycophancy crosses levels recorded in Indira Gandhi's Congress(I) party, congratulations are likely to be heaped on the power duo in the party; after all, the BJP started as a party of the Hindi heartland in 2014, and thereafter steadily made inroads in the southern and northeastern parts of India.

But let there be no denying that victory in West Bengal was what mattered most. For eight years since the charge of the saffron brigade started, the state was considered as the final frontier. This explains the extent of time and energy invested in the campaign by Prime Minister Narendra Modi and Union home minister Amit Shah. West Bengal was the sought after trophy. Consolation prizes shall not suffice for this requires the Central government to negotiate on several issues from a position that is undeniably weaker than what would have been the case if West Bengal was wrested.

The verdict makes it imperative for the Centre to stop playing the game of one-upmanship with the states, specially in tackling Covid-19. Apportioning responsibility now after having taken complete charge last year must stop. The adversarial style of engaging with state governments while coping with the ferocious second wave has to be replaced with cooperative federalism, which was once one of Narendra Modi's oft-repeated phrases. Several steps need be taken to meet the immediate crisis as well as the mid-term and long-term requirements to overcome the situation arising out of rampant spread of the coronavirus pandemic.

To get its political mojo back, Prime Minister Narendra Modi must consider the unimaginable — taking a step backwards to ensure that the farmers who are now agitating on the borders of Delhi return home amicably. The BJP will have to plan on ways to meet the electoral challenge in three states where it is in power and which are due to hold elections next year — Goa, Uttarakhand and, most crucially, Uttar Pradesh. Increased networking among the Opposition parties, so evident during the West Bengal elections when several leaders appeared on the Trinamul Congress’ platforms, will be an added headache for the BJP.

Mamata Banerjee was congratulated by almost every Opposition leader in the country but it would be premature to assume the emergence of an all-encompassing anti-BJP Opposition front any time immediately. There were previous occasions, most famously in 2015 after the BJP’s defeat in Bihar, where similar hopes were eventually belied. The chief minister of West Bengal visualises a role for herself, indicative in her promise that uprooting “communal forces” from Delhi will be her next task. For this ambition to come remotely close to fruition, the Opposition parties will be required to sink their differences and put local aspirations in various states on hold.

What is crucial to the formation of any an anti-BJP conglomerate is the posture of the Congress Party. Will it cede its claim to be the leader of an Opposition bandwagon in favour of a regional leader with whom it has locked horns in the past? After all, the Congress had formed an alliance with the Left Front in West Bengal even though the two parties were locked in a direct contest in Kerala. Left with a barely three per cent vote share in West Bengal, it is time for the Congress to scale down its ambitions and see itself as a slightly bigger regional party. Something like what the Janata Dal used to be in the last 1980s and early 1990s before its split into smaller factions.

Besides Mamata Banerjee, two other anti-BJP regional leaders emerged victorious. DMK president M.K. Stalin’s chances of being a claimant for a national role on the Opposition front was dented by fact that the Edappadi K. Palaniswami-led AIADMK was not completely rejected by the electorate. Pinarayi Vijayan, despite his image of being a competent administrator, has the handicap of having a CPI(M) label. It’s true that there was a time when a United Front government under Jyoti Basu was a distinct possibility, back in the 1990s, but the Left had a much bigger national footprint at that time and the then West Bengal chief minister’s personal stature was far higher.

It is too early for the Opposition parties to begin discussing alliances. But they must begin with breaking bread and discussing the biggest challenges the nation faces now, and forge common ground on tackling the Covid-19 pandemic. Rahul Gandhi consistently flags issues that require prioritisation and discussions could begin centring on the suggestions made. Opposition parties have to identify the strengths and weaknesses of each party and leader and allocate responsibility accordingly. Care of course must be taken to prevent Trojan horses from crashing this effort. Ms Banerjee, after this landslide victory, will expect the leadership as her rightful claim. But she, like many other Opposition leaders, have to stop being “Chhota Modis” and be more accommodative. There are no shortcuts to successfully upstaging the present ruling setup, and playing the game patiently shall be crucial.