Mohan Guruswamy | The small stimulus and the fiscal deficit fetish 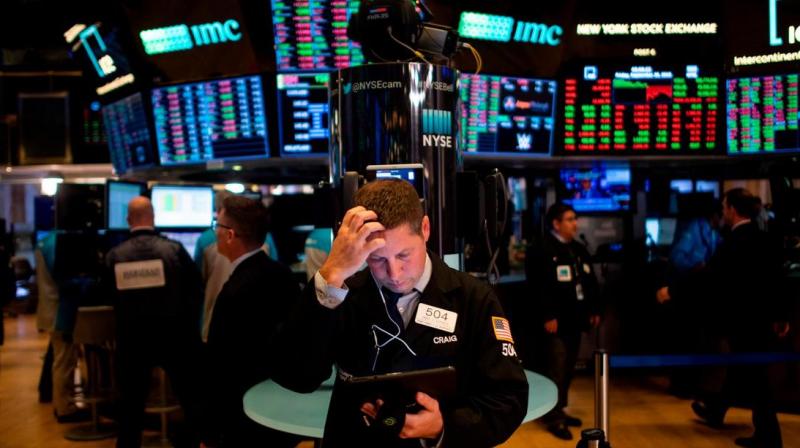 The divide between the Keynesians and the Chicago School is as intense and often as antagonistic as the Sunni-Shia, Catholic-Protestant or Thelakarai-Vadakarai Iyengar divides.

Keynesian economics is a theory that says the government should increase demand to boost growth. Keynesians believe consumer demand is the primary driving force in an economy. As a result, the theory supports an expansionary fiscal policy.

The Chicago School is a neoclassical economic school of thought that originated at the University of Chicago in the 1930s. The main tenets of the Chicago School are that free markets best allocate resources in an economy and that minimal or zero government intervention is best for economic prosperity. They abhor fiscal deficits.

The only reason why the actual stimulus package is only Rs 63,000 crores is the obsession with fiscal deficits by Chicago economists such as former Reserve Bank governor Raghuram Rajan and his former student, the hapless Krishnamurthy Subramaniam, the present chief economic adviser.

They are true disciples of the Washington Consensus to judge countries like India by the fiscal deficit size. The instruments used to beat countries like India into submission are ratings agencies like Moody’s, which has just downgraded India. We shouldn’t lose too much sleep over it. India is a hardly a borrower abroad and is more of a lender holding $490 billion as reserves.

That’s why the CEA, when asked about a big stimulus, said: “There are no free lunches!” That’s exactly what Milton Friedman said. But they quite happily ignore the fact that the biggest deficit financed economy in the world is the United States. Raghuram Rajan told Rahul Gandhi on his video conference that a stimulus of Rs 65,000 crores would suffice in the present situation.

Nobel laureate Abhijit Banerjee, on the other hand, suggested a minimum of Rs 10 lakh crores, as did Arvind Subramaniam, a former CEA. The US just announced a stimulus of over $3.5 trillion, or over 15 per cent of its GDP. Prime Minister Narendra Modi’s stimulus is a mere 0.3 per cent of India’s GDP.

The Indian government, and its BJP and RSS megaphones, keep harping on the fiscal deficit reduction to 3.5 per cent as a great achievement. Now here’s some truth for Mr Modi, finance minister Nirmala Sitharaman and the rest of the ignorant South and North Block shakhas.

What is a “fiscal deficit”?

A fiscal deficit occurs when a government’s total expenditure exceed the revenue it generates, excluding money from borrowings. Deficit differs from debt, which is an accumulation of yearly deficits.

Many serious economists regard fiscal deficits as a positive economic event. For instance, the great John Maynard Keynes believed deficits help countries climb out of economic recession. On the other hand, fiscal conservatives feel that governments should avoid deficits in favour of balanced budgets.

The fastest growing economies in the world, and now its biggest the United States, China, Japan and most of Western Europe have the highest debt/GDP ratios. Japan’s debt/GDP is over 253 per cent before the latest stimulus of 20 per cent of GDP. China’s debt is now over 180 per cent of its GDP.

Pump priming the economy by borrowing is itself not bad. It’s not putting the debt to good use that is bad. Nations prosper when they use debt for worthwhile capital expenditure with assured returns and social cost benefits.

But we in India have borrowed to give it away as subsidies and to hide the high cost of government.

To give an analogy, if a family has to choose between borrowing money to fund the children’s education or to support a man’s drinking habit, the rational choice is obvious.

The children’s education will have a long-term payback, while the booze gives instant gratification but unfortunately, our governments have always been making the wrong choices.

If borrowed money is used productively and creates growth and prosperity, it must be welcomed.

So, what we want to hear from the government is not about fiscal deficit targets, but economic growth, value addition, employment and investment targets. Our governments have hopelessly been missing all these targets.

So what can Prime Minister Modi do now to get us out of this quagmire? If his government abhors a stimulus financed by deficit financing, there are other options that can be exercised. But he is hamstrung with a weak economic management team with novices as the two key players the finance minister and the RBI governor.

India has over $490 billion nesting abroad, earning ridiculously low interest. Even if a tenth of this is monetised for injection into the economy, it will mean over Rs 3.5 lakh crores.

At last count, the RBI had around Rs.9.6 lakh crores as reserves. This is money to be used in a financial emergency. We are now in an emergency like we have never seen before. Even a third of this, around Rs 3.2 lakh crores, is about five times the current plan.

There are other sources of funds too, but tapping these entail political courage and sacrifices. Our cumulative government wages and pensions bill amounts to about 11.4 per cent of GDP.

After exempting the military and paramilitary forces, which is mostly under active deployment, we can target one per cent of GDP by just by cancelling the annual leave and LTC and rolling back a few DA increases.

The government can also sequester a fixed percentage of bank deposits, say five per cent of deposits between Rs 10-100 lakhs and 15-20 per cent from bigger deposits for tax-free interest-bearing bonds in exchange. The 10 biggest private companies alone have cash reserves of over Rs 10 lakh crores.

There is money in the trees, and all it needs is a good shakeup to pick the fruits. The pain of the lockdown shouldn’t be borne by the poor alone. The government can easily target five per cent of GDP, or about Rs 10 lakh crores, for the recovery fund as an achievable goal.

This money can be used to immediately begin a Universal Basic Income scheme, by transferring a sum of Rs 5,000 monthly into Jan Dhan accounts for the financial emergency period; fund GST concessions to move the auto and engineering sectors in particular; begin emergency rural reconstruction projects to generate millions of new jobs and get our core infrastructure sectors like steel, cement and transportation moving again.