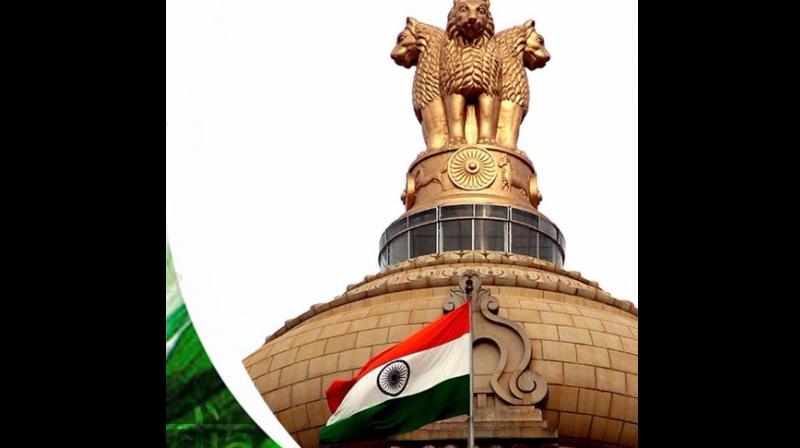 It’s a clear warning for former spies and spooks, and others who know a little too much about the secrets of the State, that they will lose their pension and other benefits if they were to spill the beans. (Twitter)

A recent amendment to the pension rules of Central government employees provides that those who worked with the intelligence and security agencies, and certain other organisations dealing with India’s scientific, strategic and economic interests, will stand to lose their pensions if they write or talk publicly about the outfits they were once associated with and the work they do. It’s a clear warning for former spies and spooks, and others who know a little too much about the secrets of the State, that they will lose their pension and other benefits if they were to spill the beans. Given the fact that all of us live in a nation state framework and that we are obliged to protect the interests of the State, it seems but natural that those who were part of officialdom and who worked in the inner circles of the Secret State — which is quite distinct from the Deep State — are honour-bound to keep the secrets till the very end.

It is one of the paradoxes of the modern State that though it operates within a democratic framework and the assumption is that the State is there to protect the interests of all citizens living within its boundaries, it turns out at many times citizens are asked to pay obeisance to the State, and even surrender their democratic rights for the survival of the State. And this obligation becomes a draconian demand on those who had worked for the State, and that too in its deepest recesses. Prime Minister Narendra Modi’s government is understandably even more paranoid about the secrets — often dirty and dark — of the State as befits a political party with the ideology of idol-worshipping the State. The tweak in the pension rules then does not come as much of a surprise.

But it’s a matter of some curiosity and much speculation about why the BJP-led NDA government felt compelled to bring in these punitive changes at this juncture. Is there a fear in the class of political masters that they had tried to use spy rings and the security experts to promote their own agenda on the pretext of serving the State’s interests? The case of Mehul Choksi, the fugitive diamond merchant, in Antigua-Dominica does point to some dirty plan that may have gone wrong, or the sedition cases foisted on critics of this government as well as against students and ailing social activists do point to the possibility that the Modi government may have a lot more to hide on issues that involve so-called national interests.

But the government’s real irritation lies elsewhere. The retired bureaucrats who have been constantly needling the government are mostly from the IAS and IFS, not many from the intelligence and security services. There are many “grey areas” in this order. If anyone were to write on developments after they left the service, will they attract the punitive action implied in the amendment? The scope of vagueness is much too large.

It is fairly unlikely that in India any government will have to face a book like Confessions of an Economic Hit Man: The Shocking Story of How America Took over the World, the 2006 bestseller by John Perkins, a former Central Intelligence Agency operative, which showed the repulsive underbelly of America’s secret operations in other countries. If ever there is a book like that of Perkins, it might have more stories of failures rather than successful subversions, in the small countries of South Asia and in the Indian Ocean region.

The issue, however, throws up fundamental issues of morality as well as realpolitik. At the moral level, the citizens of a democratic state have a right to know whether the money they pay in taxes is used for diabolical acts like murder and mayhem, and whether innocent people are being trapped and framed. These goings-on can only be told by those who have worked within the intelligence and security agencies. If the State commits criminal acts in the name of State interests, people have a right to know and to call out the leaders who allowed these things to happen.

It’s necessary to know the truth from the realpolitik viewpoint, even if we choose to junk morality. The people have a right to know if ostensibly immoral operations have helped the State’s cause or not. It may be that the State would have suffered a lot of harm through ill-thought plans of subversion at home and abroad. Many of America’s overseas operations have been utter failures, and the costs in terms of money and men was quite high. The examples of the wars that America has waged in Afghanistan, Iraq and Syria in the past 20 years in a case in point. No government would, however, allow any of its former employees to spill the beans, and it is natural to hold out the threat of penalties. In India’s case, the government’s amendment of the pension rules only holds out financial penalties. The former spy or security establishment insider who writes on things he is prohibited from writing, except when permission is granted by a higher officer, will stand to lose his/her pension and other handouts.

Of course, all this is another way of validating the Official Secrets Act. But we know that at least in democratic countries, secret documents are declassified, and the time bar in India is 30 years. Unlike in many other countries, especially those in the West, many of the State’s crimes are committed and no record is left about it. It is very unlikely that any of the Indian intelligence agencies, like the Research and Analysis Wing (R&AW) or the Intelligence Bureau (IB), is ever likely to keep scrupulous records of all the right and wrong things that they have done, and which at least after a lifetime come to light. During the Shah Commission hearings after the Emergency, P.N. Haksar, Indira Gandhi’s onetime confidant, told the commission that not all orders were put in writing. It is often left to the eyewitness or the victim to speak the truth. It is in situations like these that a former spy or security insider has to speak out for the sake of the truth and morality. Of course, he or she does not have to do so. But if there is a call of the conscience, it may become a compelling need. Then the threat of losing his/her pension or other post-retirement financial benefits may not deter the person from speaking out.