Opinion   Columnists  04 Aug 2019  How India has been outplayed in Af-Pak
Opinion, Columnists

How India has been outplayed in Af-Pak

Indians would like to fault the US for dealing with the Taliban arguing that Washington has done a number on India. 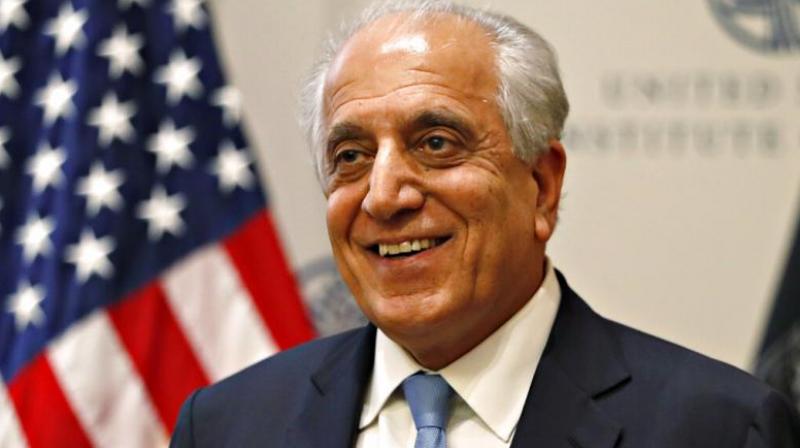 The special representative of the United States of America for surrender negotiations with the Taliban, Zalmay Khalilzad, tweeted on Thursday.“I’m off to Doha, with a stop in Islamabad. In Doha, if the Taliban do their part, we will do ours, and conclude the agreement we have been working on.” In turn, Suhail Shaheen, spokesperson for Taliban’s political office in Doha, said: “We have completed consultations with our leaders regarding the talks with the US, now we are ready and waiting for him (Khalilzad) to restart the talks.”

Concurrently, the Afghan Ministry of Peace has selected a fifteen-member delegation to negotiate with the Taliban. Since October last, US officials and delegates of the Taliban have held seven rounds of direct talks targeted at guaranteeing a “safe exit” for the US in return for the organization pledging that Afghan territory would not used by foreign terrorists and would not become a security threat to the rest of the world.

Two rounds of intra-Afghan dialogue also took place in Moscow earlier this year where Afghan politicians including the former president Hamid Karzai, former commanders and civil society members, plus women, met Taliban representatives to deliberate about ending the war. In July, a third meeting took place in which some representatives currently serving in the Afghan government also participated ostensibly in their “personal capacity”.

However, an overwhelming majority of Afghans fear that sharing power with the Taliban could see a return to the group's reactionary version of Islamic justice. They are apprehensive that several freedoms conspicuously undeniable, including women's rights, would be a casualty. It would be noteworthy to recall that the Taliban banned women from public life when they were in power in the 1990s, and their penalties included public stoning and amputations.

These fears are validated by the “eminences” representing the Taliban at these talks with the US. The 14-strong team features the “Guantanamo Five” sent back to Qatar in a 2014 prisoner exchange involving Bowe Bergdahl, the US soldier captured by the Taliban insurgents in 2009. They include the Taliban’s deputy defence minister during the US military campaign in 2001, Mohammad Nabi Omari , said to have close links to the Haqqani terrorist network; Mullah Norullah Noori , a senior Taliban military commander and a former provincial governor; Khairullah Khairkhwa who served as the Taliban’s interior minister and governor of Herat, Afghanistan's third largest city; and Abdul Haq Wasiq, the Taliban’s deputy head of intelligence. Sher Mohammad Abbas Stanikzai, a senior Taliban political figure and former head of its political office in Qatar, is leading the group’s negotiating team. Also present in Qatar is Mullah Abdul Ghani Baradar, the Taliban’s deputy head for political affairs and one of the group’s co-founders, who was released from prison in Pakistan last October after spending nearly nine years in captivity. Not the most inspiring cast of characters from India’s point of view.

However, what is equally disheartening is the US sitting across the table and negotiating with people whom it had subjected to torture, abuse, debasement and labelled as the pariahs of civilization, if all the stories emanating out of Guantanamo are true. The US is actually not negotiating its exit in Doha but in fact the terms of its surrender and they have chosen an Afghan-American to carry the cross.

To recap a bit of history, it was in the September of 1996 that the Taliban took Kabul. Mullah Omar announced that “after this, a pure Islamic government will rule over Afghanistan”. The ministers who were appointed then were “acting”: theirs was a provisional government, and Afghanistan’s future was to be decided once the war had ended. Meanwhile, the Taliban would focus on their main mission of preventing a return to chaos and harvesting the fruits of the hard-won jihad.

Kabul, long the engine of modernism and contemporaneousness in Afghanistan, seemed for much of the Taliban to be the epicentre of what had gone wrong. After all, it had been in the capital that unhealthy ideologies such as Communism and Muslim Brotherhood-inspired Islamism had seeped into society. To this end the Amr bil Ma’rouf, better known as the Ministry for Vice and Virtue, was created soon after Kabul was conquered.

In line with some of the core tenets of the Hanafi School of jurisprudence, much of the Taliban leadership believed that Shari’a was meant to create a society that allowed people to be good. The mixture of rural village culture and religious education that formed the socio-educational background of many senior Taliban leaders fashioned an exceedingly ritualised and superficially positioned religious understanding that was premised upon the principle that if something could “immoralise” people, it should be proscribed.

Between 1996 and the end of their Emirate in early 2002, the Taliban continued to try and address the core issues that they considered to be the reason for the Afghan crisis. While they did engage in various negotiations to try to end the war with the Opposition, none yielded any results. The glitches the Taliban faced while trying to institutionalise an effective government and state were the same as that many ambitious dispensations had confronted before — instituting both influence over a fiercely independent population and a monopoly of violence within the country’s sovereign borders. However, it was their sheer medievalism shaped in the madrasas along the Af-Pak border by the the US-inspired, Saudi-funded desire for human fodder for the Afghan jihad against the Soviets that finally proved to be their nemesis. Still the Taliban have tenaciously persevered. After 18 years of being religiously “droned”, the Taliban appears to be all set to be back in the saddle.

From the regional perspective, the current breakthrough in Doha signifies that Pakistan may just have got the better of India in the four-decade-old smoke and mirrors dance of death in Afghanistan. Last month, a four-party meeting on the Afghan peace process was held in Beijing between China, the US, Russia and Pakistan to carve up the impending spoils of peace. India was conspicuous in its absence.

Indians would like to fault the US for dealing with the Taliban arguing that Washington has done a number on India. However, from the American standpoint, Afghanistan did become a “bleeding wound” just as it had for the former Soviet Union, laying a huge claim on its resources. Once the US retreat concludes, India will have to deal with a chest thumping Pakistan that would have acquired gargantuan strategic depth in Afghanistan and with the Iran crisis will increase even further. It will have serious security implications in Kashmir, especially given the latest al-Qaeda call for “jihad” in India. The NDA/BJP government has failed in Afghanistan miserably, and no amount of rhetorical jingoism is going to obfuscate that reality.