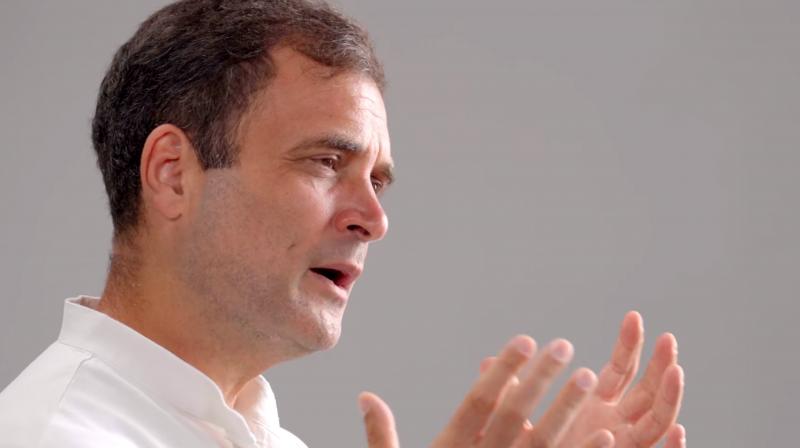 A united Congress has a chance to strengthen its ranking; divided, the futures of all party members are at stake

The storm created over a letter demanding change in the Congress Party’s leadership has certainly dominated newspaper headlines for a while now. Given that no basic change is expected in the party’s leadership, what can be inferred from this political drama?

One can call it nothing but, considering the nature of the letter, the political stature of its writers and subsequent developments ending in Sonia Gandhi continuing as interim president.

Sonia Gandhi has held this post since Rahul Gandhi’s resignation as president following the dismal performance of the Congress in the 2019 parliamentary polls.

Now let us consider this issue from another angle. The letter writers certainly don’t seem to have any inclination either to quit the party or be considered for heading it.

Also, neither of their names are as strongly associated with the Congress nationwide as are those of the members of the Gandhi family. Their political reach is limited to their regional domain, while others are known more for their professional and intellectual accomplishments than anything else.

Without taking any names, in all probability, the average Indian from outside their states is hardly aware of their political importance. And perhaps even their association with the Congress Party.

This is not surprising.

How many people outside West Bengal know the names of anybody other than Mamata Banerjee with the Trinamul Congress? The same can be said about Mayawati and her Uttar Pradesh-based BSP, Mulayam Singh Yadav/Akhilesh Yadav and the SP as well as Lalu Prasad’s RJD in Bihar.

Of course, the Congress is not a regional party and it is expected to give greater importance to a democratic process for electing its leaders. The Left parties, too, attach importance to following party rules and protocol.

Strict adherence to these rules has prevented their senior leaders from rising in political stature. This was why Jyoti Basu of the CPI(M) could not become the country’s Prime Minister in 1996. In 2008, Somnath Chatterjee chose to stick to his guns; as Speaker of Lok Sabha, he did not vote along the party line.

He was expelled from the party for this decision. These two examples show that at times strict adherence to party rules can prove extremely costly.

Deviation by the CPI(M) in these two cases may have spelled its rise instead of decline. India’s political map may not have been the same as what it is today.

Now surely, the democratic culture of any political party cannot solely be decided by its top-ranked members, mostly hailing from the elite and privileged classes? How can that be?

Also, it might just be difficult for the average Indian to understand whatever may be communicated to them by elites.

Undeniably, Sonia, Rahul Gandhi and Priyanka Vadra belong to the privileged classes. Nevertheless, party propaganda coupled with media coverage has definitely led to their moves being taken greater notice of by people compared to those by other Congress leaders.

Additionally, the effect of their huge presence in nationwide electoral campaigns cannot be ignored. Besides, their party is not the only one that performed miserably in the 2019 general election.

Hence, at present, the selection of a non-Gandhi to head the party demands building their image from the grassroots on an extensive scale. Can the party afford to do this? Every Congress leader does not hold the same appeal to the people as the three Gandhis do.

Crowds drawn by these leaders certainly help them gain media coverage and also spell a headache for rival parties. Can the same be said about other Congress members? It will probably take a decade for the party’s political culture to reach a stage where that is the fact.

The party needs to start according importance to image-building exercises for other members, too, from now on. It has nothing to lose by testing and judging the electoral potential of non-Gandhi members in the national domain.

The big question is, whether other members are willing to take the risk. Electoral campaigning is not a cakewalk. Gaining media coverage is also not easy for all. It may perhaps be more appropriate for Congress members to deliberate at present on teamwork and possible alliances advantageous to them in the coming Assembly elections.

Besides, they need to start planning for the 2024 parliamentary polls from right now and not leave crucial decisions till the last minute.

This refers to the formal induction of Priyanka in the party as general secretary of Uttar Pradesh’s east wing when just a few months were left for the 2019 Lok Sabha polls.

The political drama that followed the letter has certainly helped the letter writers garner attention. Their simple message apparently is that their roles in party politics must not be sidelined. They have made a point, democratically speaking. The party needs to give greater importance to functioning as a team.

A united Congress has a chance to strengthen its ranking; divided, the futures of all party members are at stake!