Patralekha Chatterjee | Can we really laugh our way to a stronger democracy?

It can strike the heart of power in a good-natured way, which is why many see comedy as arguably the most democratic form of speech 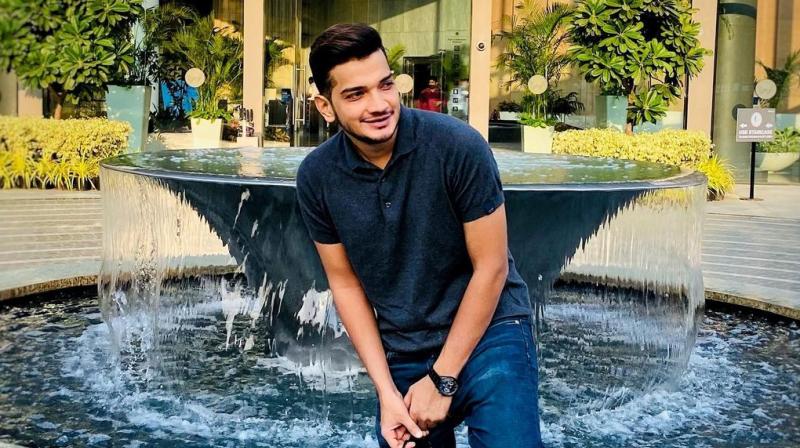 Despite the attacks on comedians like Munawar Faruqui, Kunal Kamra and many others, not everyone is intimidated. (Image credit: Instagram)

Can one really laugh one’s way to a stronger democracy at a time when one stand-up comedian in the country is in the jail for a joke he didn’t crack and an affidavit by another tells the Supreme Court that “the suggestion that my tweets could shake the foundations of the most powerful court in the world is an overestimation of my abilities?”

I believe not only one can. But one must. Especially in a charged atmosphere. That is the only way to take the wind out of the sails of those who seek to intimidate on one pretext or the other.

Humour is a social corrective. It provides a safety valve for anger. It can strike the heart of power in a good-natured way, which is why many see comedy as arguably the most democratic form of speech.

There is a reason why humour is such a popular tool in the modern activist’s arsenal. “It works,” as Srdja Popovic points out in his fabulous and funny book Blueprint for Revolution. The only thing that trumps fear is laughter.

Popovic was among the Serbian protesters who helped overthrow Slobodan Milosevic and went on to train protest movements around the world. One of the best-known stunts by the young protesters involved an oil barrel with Milosevic’s picture painted on it. It was rolled down a busy street; people were asked to toss in a coin in a slot “for the privilege of whacking Milosevic with a bat”, as an article in Foreign Policy noted. It was a delicious prank and put the government in a quandary. If it had let the barrel roll, it would have looked helpless and feeble. But when the cops stepped in, the activists had vanished and the images on television the next day showed the police “arresting” a barrel and loading it into the police van.

Popovic’s book talks about many such examples. Humour has a cultural context; it varies from country to country. But “laughtivism” has surfaced in Russia, Poland, Iran, even Bashar al-Assad’s Syria in varying degrees. It may not immediately achieve its intended goal, but it sustains public interest when conventional ways of protesting become difficult.

Humour punctures the narrative of fear.

In which other countries are comedians being attacked, asked movie writer Darab Farooqui, speaking in a recent webinar organised by LiveLaw. The topic: “Criminalising Comedy and Cinema”.

A Google search, Farooqui said, revealed one country where comedians had been having a rough time was Uganda, which instantly evokes memories of Idi Amin for Indians of a certain generation. It was Amin who famously said: “There is freedom of speech, but I can’t guarantee guarantee freedom after speech.” That was a long time ago.

Last year, the Ugandan police arrested four comedians of Bizonto Comedy Group. The reason: the comedians released a skit on YouTube that satirised ethnic and regional appointments in Uganda. The underlying message was about the ethnically motivated government appointments. Needless to say, the government didn’t like it but the comic skit went viral on social media.

Other countries where comedians have been under attack in recent times include Brazil, Egypt, Syria, North Korea. India is now part of this august group, said Farooqui.

Think of comedian Munawar Faruqi, who was jailed for jokes he didn’t make but which someone thought he might make, and a joke that purportedly would have “made fun of Indian gods and goddesses”.

Sanjay Hegde, a senior advocate and another panellist, noted that the Constitution has no position on jokes, but it allows people to elect jokers to Parliament.

No comic sets out to deliberately insult anything or anyone, be it religion or any other subject, said the stand-up comedians on the panel. Stand-up comics are entertainers; they have a social contract with their audience; if their audience doesn’t find them funny, that is the end. Nothing affects a comedian more.

But it’s also true, as another stand-up comedian Sanjay Rajoura said, comedy is also a deadly serious business. And comedians don’t cease to be citizens. They can have a sense of social justice and wish to make people think while being entertainers.

“I believe there need be no defence for jokes. Jokes are based on a comedian’s perception, which they use to make the audience that shares that perception laugh. These jokes are not reality, and don’t claim to be so. Most people do not react to jokes that don’t make them laugh; they ignore them, like our political leaders ignore their critics,” says comedian Kunal Kamra in his affidavit in the Supreme Court. The affidavit was filed in response to a notice asking why contempt proceedings should not be initiated against him for his tweets about the Supreme Court and the judiciary. Kamra argued that public faith in the judiciary was founded on the institution’s own actions and not criticism of it.

Do we always have to agree with every comedian? Obviously, no. It is perfectly okay not to laugh if you don’t find someone funny. But how can one arrest anyone who tries to make people laugh for a living or leisure?

“The human race,” Mark Twain once said, “has one really effective weapon -- laughter.” “Against the assault of laughter, nothing can stand.” It is important to remember that.