India is particularly vulnerable to collateral damage on its energy security. 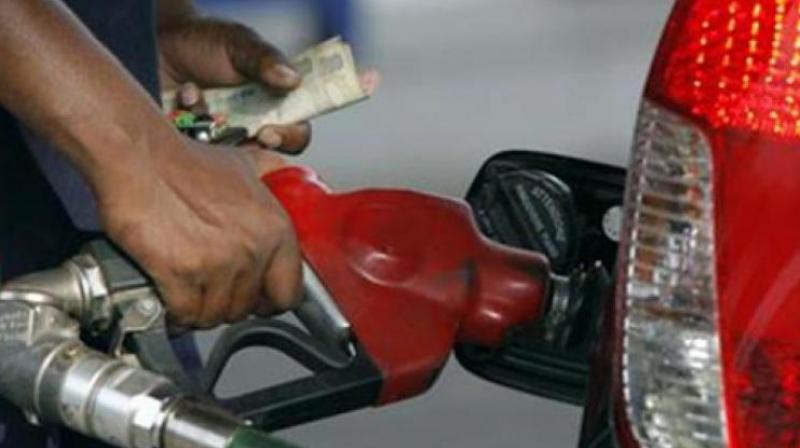 The retail prices of diesel and petrol are the lowest in Delhi, among India’s key metropolitan cities. (Representational Images)

The retail prices of diesel and petrol are the lowest in Delhi, among India’s key metropolitan cities. It isn’t cheaper to supply them to the national capital than in Chennai, Mumbai or Kolkata. The difference is that Delhi and Goa levy lower value-added-tax on petroleum products (PP) than poorer jurisdictions, even though they are havens for high-income residents. But charity, they say, begins at home. And Delhi - the home of two governments and five municipalities - is the biggest beneficiary of a twisted application of this principle.

State-level autonomy should be respected, but not to subsidise the better-off. Goa has the highest per capita gross state domestic product, followed by Delhi. Bringing petro products (PP) under a uniform Goods and Services Tax could ensure equity for consumers across state borders. Punitive tax rates on PP are desirable to slash consumption.

We import 80 per cent of our PP requirement. The net import of crude oil and PP (after subtracting earnings from export) accounts for 50 per cent of our merchandise trade deficit. This is an unsustainable draft on foreign exchange resources. Oil price fluctuations are a source of considerable volatility in the exchange rate of the rupee. This has knock-on negative effects on cross-border capital flows and the servicing of our external debt.

In March 2018 the International Energy Agency said that "oil production growth from the United States, Brazil, Canada and Norway could keep the world well supplied, more than meeting global oil demand growth through 2020". We expected lower oil prices. But in May, US President Donald Trump decided that Iran — a major oil exporter — should be threatened with sanctions for alleged deviations from oversight constraints on its nuclear enrichment programme, agreed with the United States under former President Barack Obama.

India is particularly vulnerable to collateral damage on its energy security. This alone is sufficient to push us to use PP mainly for road freight. In addition, there is the global need to curb carbon emissions and the domestic imperative to reduce air pollution and road congestion in cities.

Discriminatory taxes on the purchase of vehicles, graded by their carbon intensity and on fossil fuels - other than cooking gas and natural gas for meeting peak electricity demand - are socially desirable. Pricing diesel - an efficient but polluting fuel - the same as petrol can discourage its use for light passenger vehicles. The use of cooking gas rather than wood, coal or kerosene, has significant health benefits, particularly for women. It is a merit good. Using Rs 300 billion, or 10 per cent of the Union government’s Rs 2.8 trillion revenue from indirect taxes and royalty on the petroleum sector, as subsidy to promote cooking gas is justifiable.

Consumers of petrol and diesel feel shortchanged since they never benefited from the decline of international crude oil prices. During the past four years (FY 2015 to FY 2018), the average cost of the Indian basket of crude was 43 per cent lower at $58.6 per barrel, than during the previous four fiscal years at $102.6 per barrel. Part of the reduction in oil prices was negated by depreciation of the Indian rupee. The average exchange value of the rupee against the US dollar was 24 per cent lower at Rs 64.50 during fiscal 2015 to 2018 versus Rs 52.10 in the earlier period FY 2011 to 2014.There was an insignificant change in the average retail price for petrol in Delhi between these two periods. It hovered on an average between Rs 64 to Rs 65 per litre. The Union government used the windfall benefits from cheaper oil to reduce the fiscal deficit by one per cent of GDP over the last four years. This was sensible. But more sustainable options are needed to remain within the fiscal deficit target of three per cent of GDP.

Significant changes in the oil price ($82.73 per barrel currently for the India basket) are unlikely this year. China will defeat the purpose of US sanctions on Iran. The rupee will also likely remain around Rs 72 to Rs 74 to the US dollar. The retail price for petrol in Delhi of Rs 80-plus per litre could be here to stay. Is this a killer for the average consumer?

Not really. Consider that even at Rs 85 per litre, the petrol cost is just one-third of the total cost of using a low-end, high fuel-efficiency car over a life cycle of 100,000 km.

Two-thirds of the cost comes from the purchase price of the car and its maintenance.Delhi accommodates just 1.5 per cent of India’s population.

But it has 10 per cent of two-wheelers; 23 per cent of cars and 10 per cent of jeeps in the country. Low retail prices for petro-fuel incentivise Delhiwallahs to shun public transport; car pooling; the use of bicycles or merely walking to their destinations.

Consider also the ensuing disincentive for a commercially viable, well-staffed, secure and reliable public bus or metro service because the alternative of personal transport is much more attractive. Admittedly, Delhi has severe security issues - particularly for women. But higher VAT on fuel can fund a bigger fleet of buses; finance a PPP with Uber, Ola for a 24x7 high-end bus service with digital security features; bridge the price gap with electric cars or fund secure bicycle and pedestrian tracks and overbridges. Levying user charges for overnight parking can reduce encroachment on colony roads in residential areas.

A mix of incentives and disincentives can wean people off their yen for motorcycles and cars. Massive, mobile chunks of highly-polished metal do not define the value of a human.

These are hollow status symbols and a toxic wall between the haves and the have-nots.Our metros, like the National Capital Region, are well and truly mollycoddled. These magnets of opportunity attract migrants well beyond sustainable levels, who feed their sprawl. All those who choose to live here must learn to pay for the social and environmental cost they impose on the rest of India via their higher consumption standards. Equity should start at home.