Opinion   Columnists  05 Sep 2019  Why a scholar’s new ‘sin’ hurts the cause of Euro Muslims
Opinion, Columnists

Muslims, held Ramadan — who was born in Geneva and holds Swiss citizenship — had a lot to contribute to Europe. 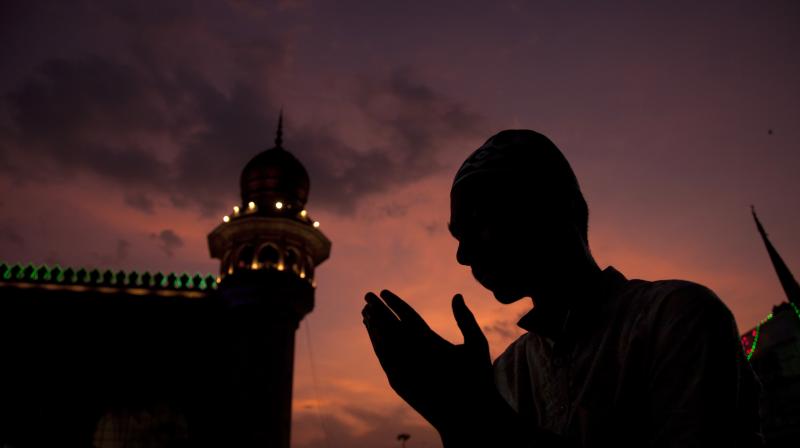 Unlike the two women who (understandably) had no one to corroborate their accusations, this woman named another man she alleges was present in the hotel room and participated in the assault.

Some would say he was a creation of the West. Others still insist that he is a casualty of the West. Tariq Ramadan, an Oxford scholar and grandson of Muslim Brotherhood founder Hassan al-Banna, was just the sort of “European Muslim” that Western liberals loved.

His detractors, scholars like the liberal Paul Berman, saw something far more sinister in Ramadan’s recipe for a “European Islam” (and consequently European Muslim) that embraced cosmopolitanism and was done with the archaic demands doled out by migrant clerics.

Muslims, held Ramadan — who was born in Geneva and holds Swiss citizenship — had a lot to contribute to Europe. Jet-setting around the globe for his many speaking engagements, he argued that Europe — which in many cases was the only home European Muslims had ever known — belonged not only to the ethnically white and numerically dominant, but also to them.

And then Tariq Ramadan was accused of rape. The first cases surfaced in 2017; the latest accusation — terrifying and repugnant — came to the fore last week. The allegations made in 2017 came from two women. The first woman to register a police report is feminist activist Henda Ayari. She said that Ramadan, whose work she was very impressed with, had invited her to his hotel room in Paris during a conference in 2012. Ayari recounted that once the two were in the hotel room, Ramadan sexually assaulted her, and when she tried to fight back she was slapped and abused further. In the months that followed, Ramadan continued to harass, intimidate and abuse her, she alleged. In the meantime, Ramadan — who is both married and a father of four — continued to live his own life without any repercussions. The second complaint came from a woman who chose to remain anonymous. The woman, who is a convert to Islam, claimed that she was lured to Ramadan’s hotel room during a conference in the French city of Lyon in 2009. The woman was looking for guidance and had communicated with him online. In those chats and messages, he had lied and said he was separated from his wife. When they met at the conference, Ramadan said she should come to his hotel room because otherwise people would continue to recognise him and interrupt their conversations. She acquiesced and once she was in the room, she said she was held captive and assaulted.

These allegations have been well known for some time. When they first arose, they drew suspicion from some, who believed that the French — whose recent attitudes toward their Muslim minority included banning Muslim women from wearing burkinis at French beaches — had managed to cook up charges against him. It would fit their agenda.

There could also have been enmity from others; it was Ramadan after all, who had self-consciously and Luther-like issued a fatwa saying that the Hudood laws should be suspended since the conditions for which they were introduced no longer existed in the modern world.

The latest allegations should put any of the conspiracy theories to rest. Ramadan — who is 57 and was only released on bail pending charges last November — is now accused of having perpetrated a gang rape in 2014 on a French journalist in her 50s, also in Lyon. Unlike the two women who (understandably) had no one to corroborate their accusations, this woman named another man she alleges was present in the hotel room and participated in the assault. “You don’t know how powerful I am,” Ramadan had told her after the assault.

It is important to underscore that Ramadan has not yet been tried and found guilty. At the same time, the number of allegations and the details the women have provided point to their likely veracity. Beyond these issues of trial and timing, Ramadan’s case invokes a particular sense of loss.

It is undoubted that his suave manner and chic European habits had provided another “face” to European Muslims — who are regularly stereotyped as barbaric, uneducated and sex-crazed. For a man who was breaking stereotypes to be exposed as one who validates them undoubtedly does particular damage to Muslim minorities, already reviled.

Then there is the challenge that Ramadan’s indictments pose for Muslims themselves. The fact that a man preaching tolerance and cosmopolitanism could have perpetrated such violence throws open questions regarding what sorts of misogyny is being bred within Muslim men to encourage such actions. Ramadan, like too many others, may have relied on outer piety and seclusion to commit reprehensible acts. It is time to hold these men — outwardly pious, seemingly scholarly — accountable for their crimes.